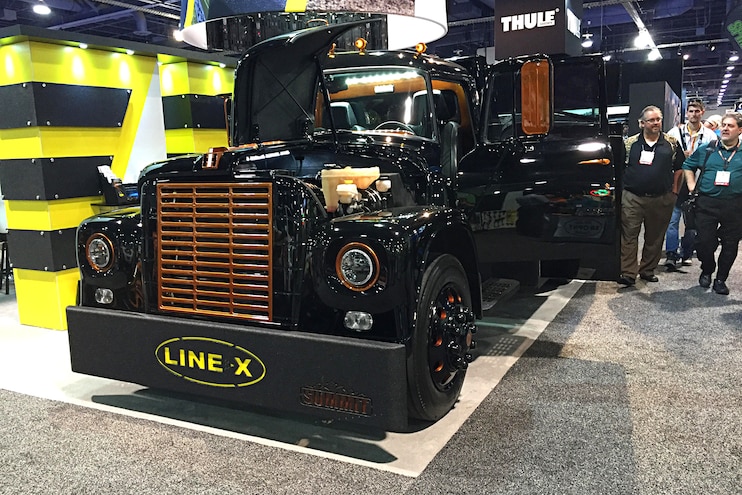 It’s day two of the 2017 SEMA Show and things are well underway! Taking cues from the past several years this show is larger than ever and with more trucks than one can shake the proverbial stick at. It’s practically impossible to look in any one direction without staring directly at a lifted Ford Super Duty, and that’s barely an exaggeration.
We spent the entire day wandering the many isles of the Upper South Hall of the Las Vegas Convention Center, which is better known as truck and off-road central. While vehicles numbered well into the hundreds, we’ve picked out a fistful to highlight in the photo gallery below. SuperWinch put on display the FrankenBrute while Kelderman had what we found to be the only 6.2L gasoline powered Ford Super Duty. The only Titan XD to be found was in EGR Auto Products display, featuring a host of new accessories. 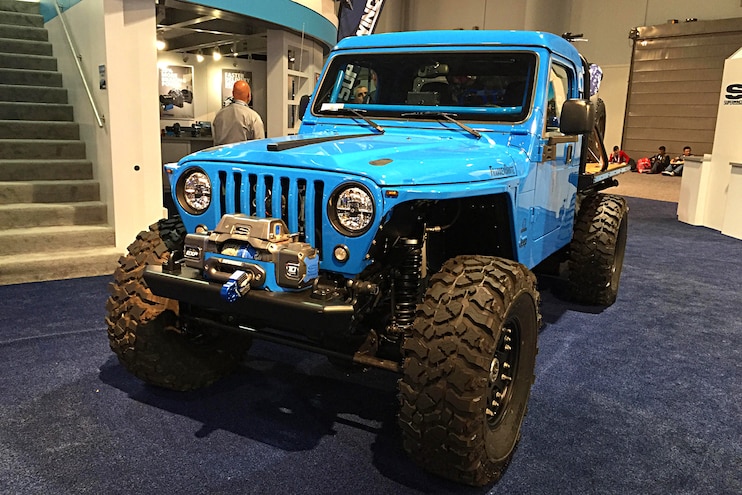 View Photo Gallery | 121 Photos
Photo 2/121   |   2017 Sema Show Trucks Day 3 Jeep
Truck Hero brought out a huge display, with trucks representing all of the company’s brands. We swung by King Shocks to drool over their chrome-plated dampers, and found a couple UTVs that we can only assume belong crawling Florida swamps. There were tons of huge lifts, and lots of powdercoated components. Several race trucks graced the floor and even a Duramax-powered dragster. We even found what is likely to be our favorite truck of the show, but we’ll let you guess which one its is, for now.
Overall a great day and we’re left with tired feet and a mushy brain. Tomorrow we hit the factory displays in the Central Hall, so until then be sure to follow us on Facebook and Instagram to keep apprised of the action.