The sun sets on another epic Sema Show 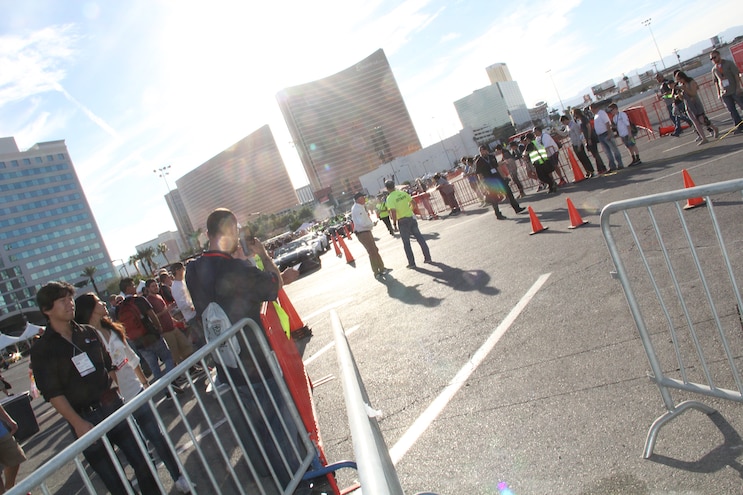 Well folks, it’s Friday. The quick-stepped Sema attendees who started out so energetic walked a little slower and stared a little longer. Although it’s always a somewhat bittersweet time, there remained the grand finale—the Sema Cruise and Ignited Show.
View Photo Gallery | 51 Photos
Photo 2/51   |   044 2017 Sema Show Cruise And Ignited After Party
Since every vehicle that was within the Convention Center grounds had to also get out, you might as well make it fun. What started as an unofficial grand exit parade of the eclectic collection of classics, exotics, customs, trucks, drifters, off-roaders, and muscle cars from the booths and feature areas officially turned into a sanctioned event a few years ago. The much-anticipated affair returned this year, beginning promptly at 4pm when the show officially closed. Crowds lined the route to the Gold Lot a dozen people deep in some areas, while additional bleachers gave more room for spectators to enjoy the entertainment. The floodgates opened, freeing the trapped vehicles in a grand symphony symbolic of everything that is America.
The Cruise culminated at Sema Ignited, at the Convention Center’s Gold Lot across the street. Ignited celebrated everything that happened during the week’s show—the innovation, invention, investments, triumphs, and hard work. It was the ultimate after-party, a final time for the industry and enthusiasts alike to celebrate together before parting ways. Open to the general public, Ignited allowed consumers to get up close and personal with the Sema builds, while enjoying food trucks, music, entertainment, automotive celebrities, drifting, live filming from the Sema Battle of the Builders, and more.