40 HD Trucks from Outside #TENSEMA16 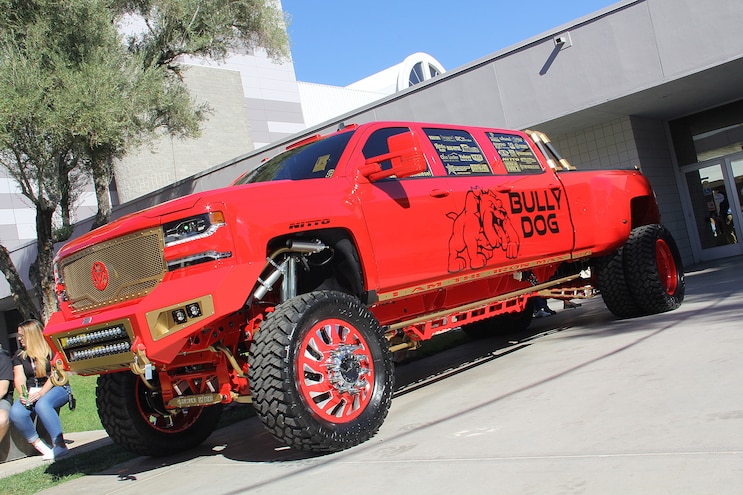 Massive lifted HD trucks typically characterize the SEMA Show, but this year, they dominate. It’s a phenomenon that’s completely overwhelming, considering that a majority of them are detailed to the max and are completely feature-worthy. Big wheels, large lifts, and copious powdercoating seem to be par for the course. Seeing row upon row of these behemoths stopped me straight in my tracks and begged the question: how in the world could we even grab a quick photo of all the 8-lug trucks? I’ve heard that ¾ of the show vehicles could be trucks. Whether that’s true or not, who knows, but it definitely feels accurate. And of those, I’m seeing that about 8 of 10 are HDs. The least prevalent HD seems to be the Dodge/Ram camp, and I’d say Ford nudges out GM for the most represented. Speaking of Ford, there are dozens of the new ’17 Super Duties here. The American Force booth alone had four in a row. For the truck enthusiast, this place is out of control. It’s the only place where colossal trucks get dwarfed by gigantic trucks, which then seem insignificant when considering the breadth of the SEMA experience as a whole. Check out these 40 trucks that made the cut today, from one section of the outdoor area of SEMA. Can you imagine what lurks inside the halls?