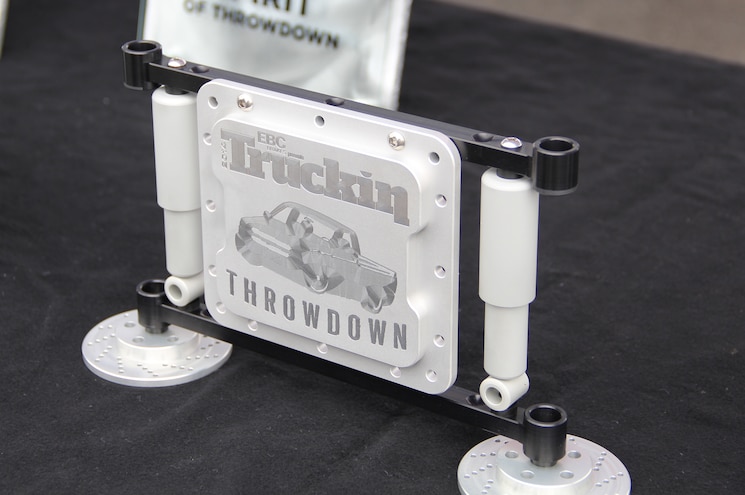 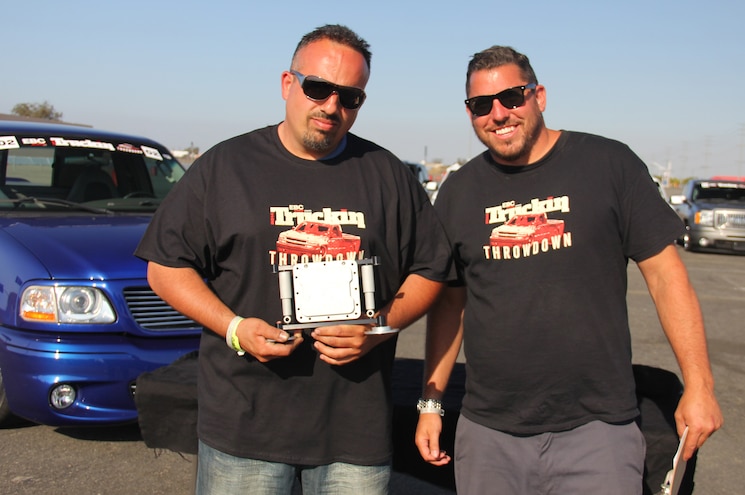 View Photo Gallery | 23 Photos
Photo 2/23   |   Awards Truckin Throwdown 2014 01
The Winner: 09 - Naas Hassan, 2002 Ford F-150 SVT Lightning
It’s the purple one! Although to be fair, Naas Hassan scored fairly high in the show ’n’ shine because his Lightning was one of the only trucks with custom paint. In fact, Naas placed either Second or Fourth in every event, making him the most consistent competitor of the day and giving him the win by just one point. His performance could easily be the blueprint for how to win the Throwdown. 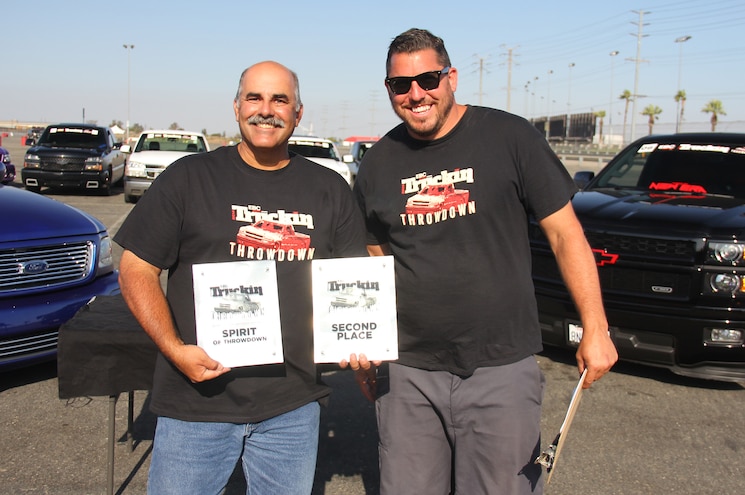 View Photo Gallery | 23 Photos
Photo 6/23   |   Awards Truckin Throwdown 2014 02
2nd Place: 07 - George Diaz, 2002 Ford Lightning
Yep, another Lightning. This time it was the red one. George Dias played it cool all day. He just looked like he was happy to be there. Little did we know he won both the Slalom and the Autocross. Unfortunately, he dropped to the middle of the pack for the Speed Stop and the Drags, missing out on the trophy by one point 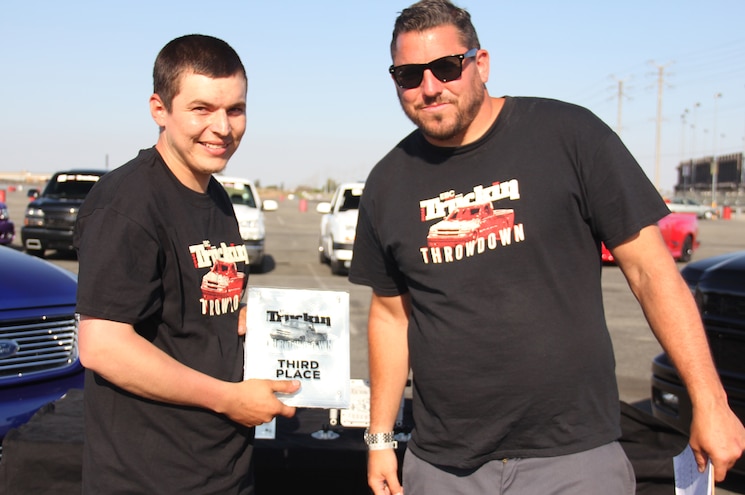 View Photo Gallery | 23 Photos
Photo 10/23   |   Awards Truckin Throwdown 2014 07
3rd Place: 02 - Jesus Delgado, 2003 Ford F-150 SVT Lightning
This time it’s the blue one! Jesus Delgado was pretty consistent throughout the day, earning a second in the Speed Stop and thirds in both the Drags and the Autocross. But a Fourth place in slalom and lower show-’n’-shine points kept him from taking home the title.
Outlaw Class:
These guys were just there to have some fun and add some eye candy while they burned up their tires, but they had their own competition brewing. Unlike the reader competition, there was only a single point among each of the competitors. In the end, though, Neil Tomyn and his 1968 Chevrolet took top honors, with that top score in the show ’n’ shine giving him the extra point.
1st Place12 - Neil Tomyn - 1968 Chevrolet C10
2nd Place 14 - Wes Drelleshak - 1959 Chevrolet Apache
3rd Place 15 - Marcel Venable - 1968 Chevrolet C10
Special Honors: 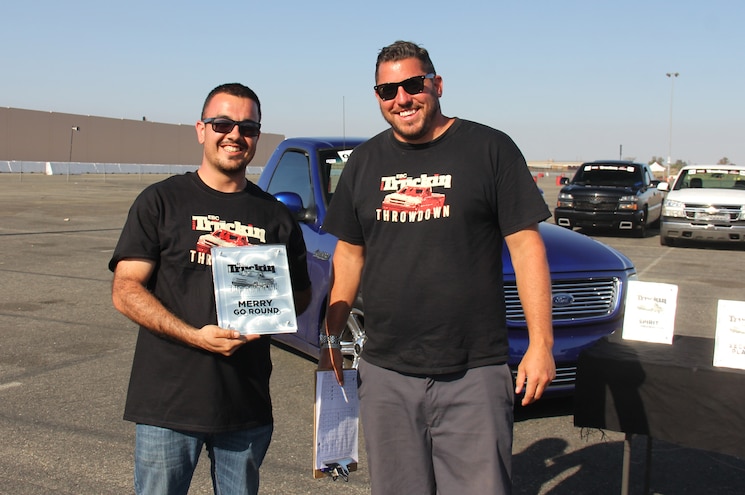 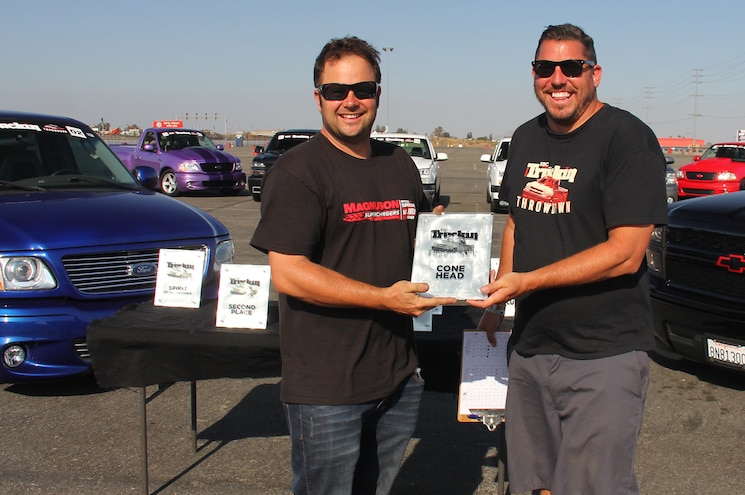 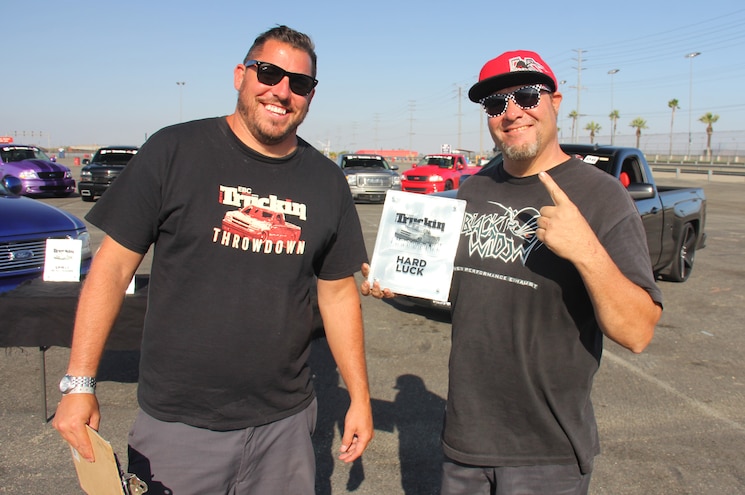 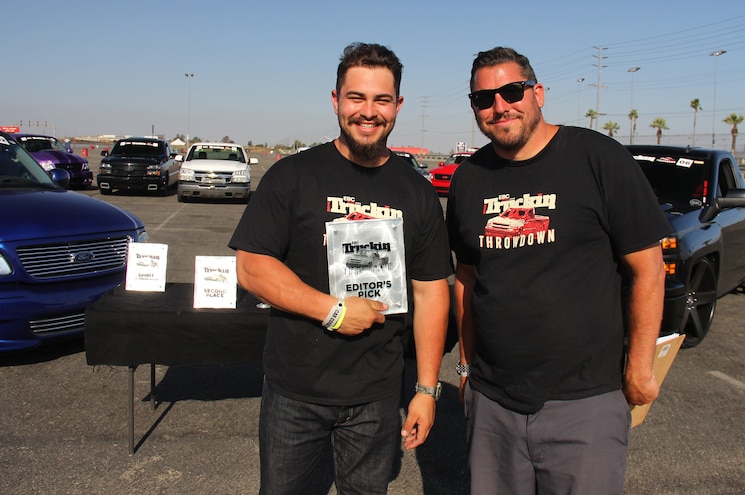 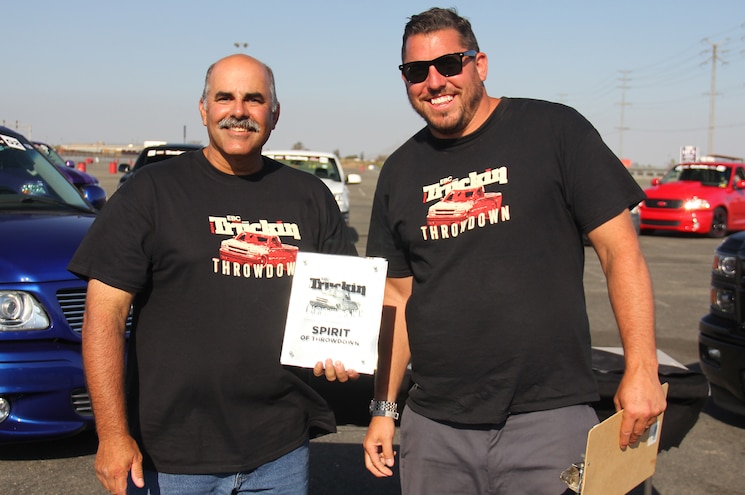 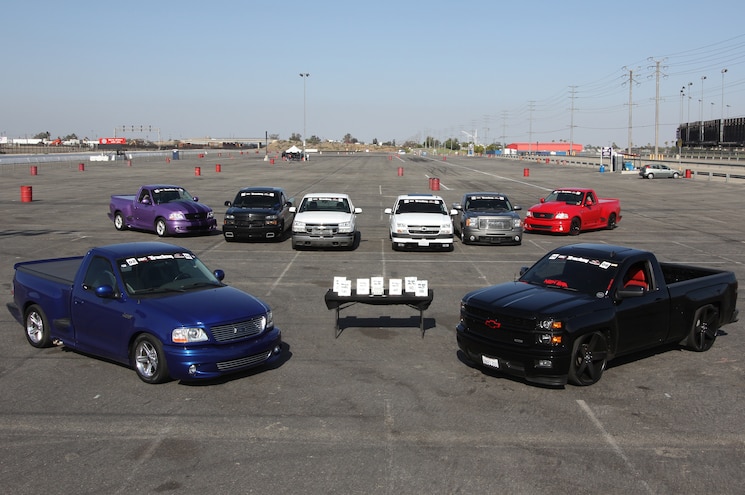 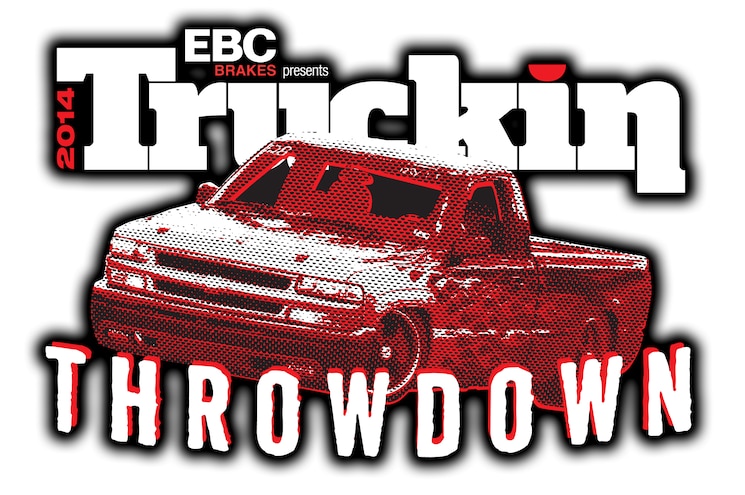