The GM Diesel-That Never Was 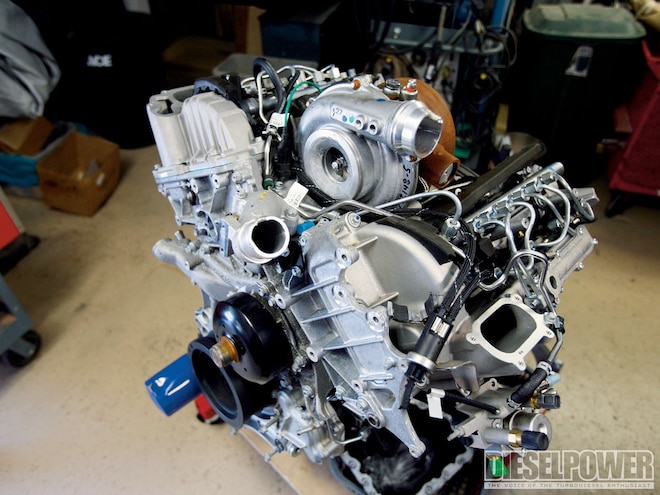 The biggest heartbreak in diesel history played out last year with the news of Ford's, Dodge's, and GM's decision to postpone their 1/2-ton diesel engine programs indefinitely. It literally broke our hearts to get a glimpse of such radical diesel-powered machinery, only to have it put on hold due to the economic implosion our country is currently rallying to dig ourselves out of.
Of the Big Three's 1/2-ton diesel engine offerings, the one we got closest to was the 4.5L Duramax V-8 that was scheduled to be on sale by 2010. While we've never actually been able to drive a vehicle powered by this engine, we were able to give our audience a taste of its technology in our Direct Injection column (Sept. '07) and then interview the man behind the masterpiece, Charlie Freese, in "2010 Duramax 4500 Diesel-Inside The 4.5L" (Oct. '08). But we still keep the faith that one day engines like the 4.5L Duramax will rise from the ashes. And in order to keep that dream alive, a Diesel Power reader has come forth with parts from one of the stillborn 4.5L diesels that he would like to use in a biofueled supercar.