A Modern American Success Story, Born In The Motor City 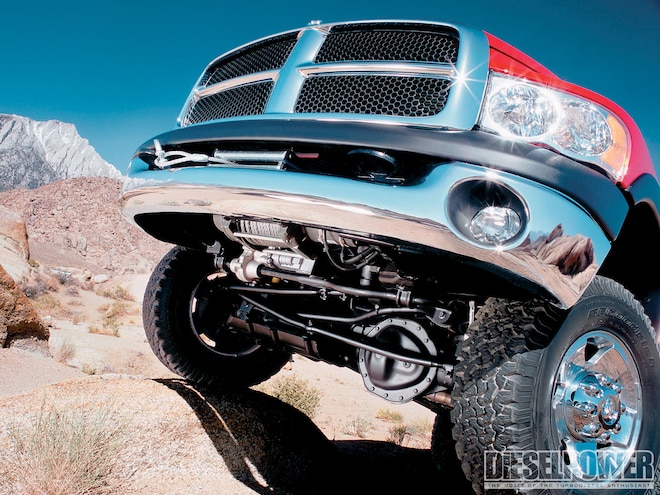 View Photo Gallery | 5 Photos
Photo 4/5   |   1011dp November 2010 Baselines American Axle And Manufacturing dodge Ram Aam 1150 Rear Axle
GMC 3500 AAM 1150 Rear Axle
Back in the day when GM made its own axles, there really wasn't a need to create model names for each unit. So while a Ford or Dodge truck might have a Dana 60 front or a Dana 70 rear axle (made by Dana Spicer)-GM axles didn't really have names. GM typically differentiated its axles by the diameter of the ring gear. So an axle with an 81/2-inch ring gear, was in fact an 81/2-inch ring gear axle. Enthusiasts had a hard time with that naming convention. In order to distinguish one GM axle from another, they began referring to axles by the number of bolts that held the differential cover on. An 81/2-inch ring gear axle became the 10-bolt. The 8.875-inch ring gear axle became the 12-bolt. Things got a little tricky when GM began building different axles with the same number of differential cover bolts.
View Photo Gallery | 5 Photos
Photo 5/5   |   1011dp November 2010 Baselines American Axle And Manufacturing gmc 3500 Aam 1150 Rear Axle
Take, for example, the rear axle known as the 14-bolt. For the '73 model year, GM offered a 101/2-inch ring gear rear axle that had 14 bolts holding the differential cover on. Then, in the '80s, GM launched a heavier-duty replacement for the 12-bolt, which also featured 14 bolts on the differential cover. This axle had only a 91/2-inch ring gear diameter and was not offered as a full-floater. If you put these two 14-bolt axles side by side (91/2-inch vs. 101/2-inch), it would be obvious which was which, but you can see how confusion could arise.
Decoding American Axle & Manufacturing's axle naming structure is very simple, although it requires the enthusiast to either identify the axle based on looks, or to measure the ring gear. In AAM's world, a 9 1/4-inch ring gear axle is an AAM 925. The 111/2-inch diameter ring gear rear axle, found in diesel-powered Ram and GM pickups, is an AAM 1150.