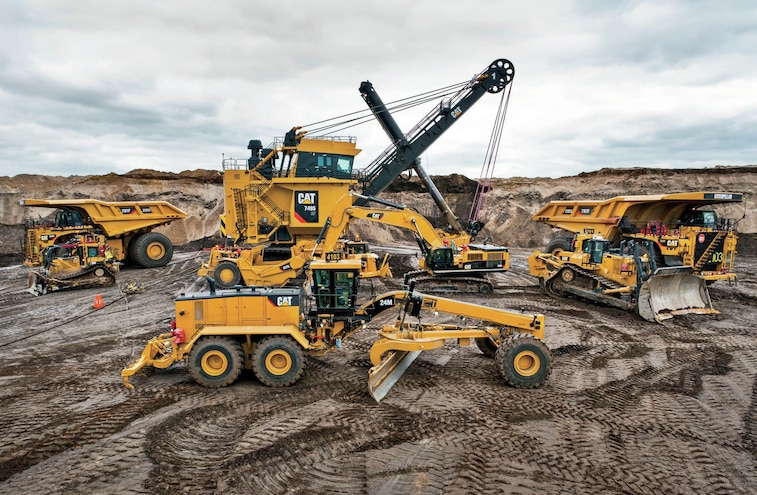 Some people really can reinvent the wheel, and Benjamin Holt is one of them. He and his brothers were making wagon wheels in Stockton, California, as the 19th century gave way to the 20th. This was just as motorized vehicles were coming in, and Holt started with tractors. In 1890, he built his first steam-powered traction engine, called “Old Betsy.” He soon went on to make combine harvesters and machines for loggers to haul massive Redwood tree trunks.
The trouble was these machines were incredibly heavy and rode on huge metal wheels that would often sink into the mud. Holt experimented with different wheel diameters and widths but came up with nothing workable. Another route was to lay a makeshift path of planks in front of the tractor, but that was hardy practical. However, it did give Holt the brainwave of linking some planks together with chains and attaching them to the wheels.
It turned out this idea wasn’t completely original, with similar things going on in England, home of the Industrial Revolution. More than 100 patents for tractor treads had been filed around the world. Holt even crossed the Atlantic to see what was happening but found that no one had made anything feasible. When he got back, he started developing a metal tread.
On Thanksgiving Day 1904, his prototype worked. Someone said it moved like a caterpillar, and although the machine never got stuck, the name did. Holt received his first patent for a continuous track in 1907, but he didn’t trademark the Caterpillar name until 1910. 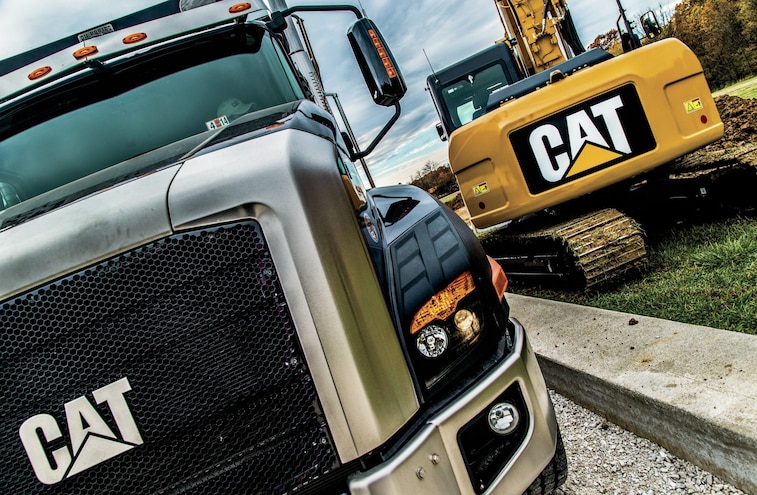 View Photo Gallery | 2 Photos
Photo 2/2   |   Cat Truck And Back Hoe
It was an immediate success. This was a booming time in human history. One of the first great engineering projects to use some of the first Caterpillar machines was in 1908: the Los Angeles Aqueduct, a 233-mile stretch of concrete and tunnels that brought water from Owens Valley to a burgeoning little town on the California coast.
A pre-Caterpillar Holt steam-powered traction engine (#37) not only helped build San Francisco’s cable car system, but it was also used in the city’s clean-up operation following the great earthquake of 1906. Also, a 5-ton Caterpillar was the first tractor to climb Pike’s Peak in Colorado, establishing a new record at the time as the highest point for any tractor to operate: 14,109 feet.
Holt expanded operations in 1910 from Stockton to a larger factory in Peoria, Illinois, as the company was taken up on a wave of industry. Its tractors weren’t just for domestic customers—they where being exported as well. Then the First World War broke out. England ordered a batch supposedly for farming purposes, but they were sent straight to the front lines to pull howitzer guns and bring supplies to the trenches. It’s in this period of militarization that the concept of an armored vehicle on tracks, eventually called a tank, sprang up. However, Caterpillar went on to make a more constructive contribution to humankind.
Practically anything involving major construction has needed a Caterpillar or three at some point: The Hoover Dam, the Golden Gate Bridge, the Pan-American Highway, the 1939 World’s Fair in New York (and again in 1964), the Interstate Highway system, the building of the World Trade Center and the rescue and relief effort after 9/11—the list goes on and on. Basically, Cats have been used in building (and demolition) from Alaska to Africa to Antarctica and all points in between. If Caterpillar never existed, the world would look a lot different.
Caterpillar makes more than 300 products, including articulated off-road trucks, excavators, backhoes, diesel engines (some developing as much as 13,600 hp), wheel loaders, and mining equipment. And most of them come in that unmistakable yellow paint job.
Caterpillar now has manufacturing facilities in 125 countries, exports to nearly 200 countries, and employs around 114,000 people. The company also had the rare distinction of showing growth every year from 1929 into the new millennium. It’s a true American success story.