Is Emissions Testing Getting Easier Or Worse Than Ever? - The 11th Hour Editorial

The Most Stressful Test Your Truck Will Take 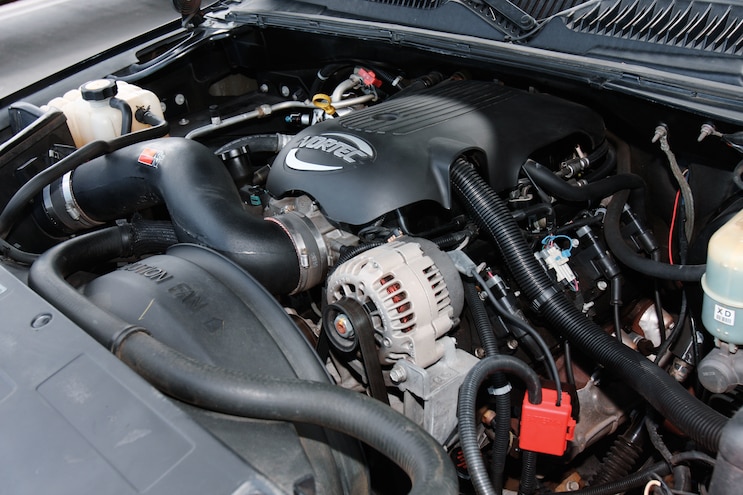 This issue of Truckin you’re holding has a healthy dose of horsepower-related parts features and stories that are all about getting more power out of our trucks. Of course, this is always a common topic here in the magazine. I would say that making more power is only rivaled by making your truck sit right (whether that be leveled, in the sky, or on the ground). In the midst of this month’s plethora of power adders, there’s one story I did on a well-worn GM 5.3-liter that admittedly wasn’t really about making horsepower at all. Now, that’s not to say that the DiabloSport tuner, Pulstar plugs, and K&N and Lucas products didn’t make power, because the truck has never run better, and the throttle response and low-end torque was greatly improved by the tuner and tune-up combo. But the origin of the story was more about getting the truck up to speed to pass a smog test.
I had an idea that stems from years of urban legends or old wives’ tales, or whatever you want to call them. People are always going to great lengths to perform all the maintenance they can think of just before a smog test in the hopes of getting the best emissions number once that sniffer hits the tailpipe. Obviously, anything you can do beforehand will stack the odds in your favor of passing a smog test, but if we’re talking about a reasonably well-maintained truck, does any of that make any real difference in the numbers that could potentially turn a “fail” into a “pass?” That was what I set out to determine.
I showed up bright and early at Cook’s Tire & Tune to see Bryan (no relation, although my cousin’s name is Brian Cook). The plan was to head across the street to the California state smog inspection station, run the truck and get the printout, install our new components, and head back across the street and hook the truck back up to the dyno and sniffer and see if there was a difference, big or small. So imagine my surprise when the guy at the smog station told me that he was no longer required to hook up the truck at all and simply checked that all the aftermarket parts on the truck had a CARB number (California issues a number to all aftermarket parts that meet their requirements to be deemed street legal, and they did), then hooked up to the OBD-II connector and checked the truck for any codes that may have been thrown (there weren’t any). And that was it! Passed, the man said, without ever turning on the dyno, picking up the sniffer, or even looking at a big machine like they did in the not-so-old days.

View Photo Gallery | 2 Photos
Photo 2/2   |   Vortec Engine
According to various sources, including our friends at MagnaFlow, many states are shifting to OBD tests only on 2000-and-later vehicles. Several states have been using the OBD test in conjunction with the sniffer to gather data. This data makes a case for OBD only testing and has won over many state environmental agencies to give it the thumbs up. Some industry peeps maintain that OBD will not fail as many polluters as tailpipe testing but the data doesn’t lie. Basically, the numbers say that as On Board Diagnostics grew in accuracy and sophistication the percentages of vehicles missed by OBD is almost insignificant. We’re talking less than 100 out of 800K in 2009 that the sniffer caught after the OBD didn’t.
What does this mean to you if you live in one of these states? It means that all of the guesswork is gone. I’m no emissions expert, but in my experience, following a few simple directions will make being stressed out about a smog check a thing of the past. First, buy a $50 code reader or, better yet, a tuner/programmer from one of our esteemed advertisers. If you throw a code, look it up and fix it. Before a smog check, check and clear your codes (a check engine light does not tell the whole story. There are “history” codes that remain after the light goes off in some cases). After the codes are cleared, you will have to drive 100 or so miles, depending on the truck, and also usually have to keep the fuel level between 15 and 85 percent. Those few simple steps should have you in and out of the smog station in no time. If any of you smog experts have any sage-like advice for us, let me know and I’ll do an update for the rest of our friends!
Keep on Truckin’ -JC