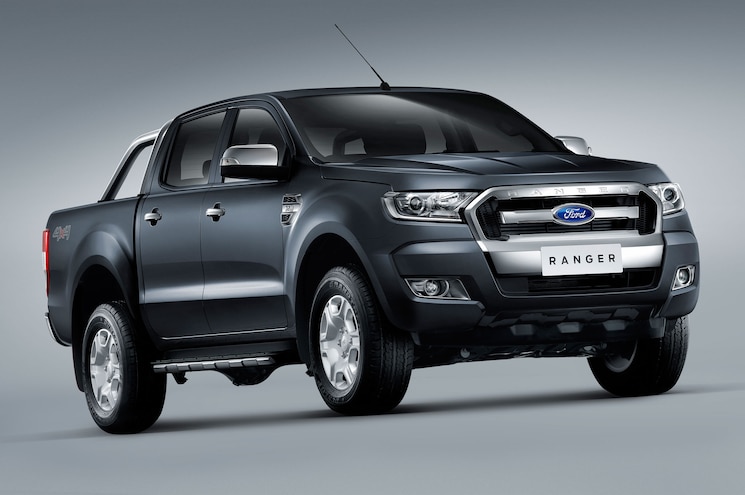 The U.S. now has a few more midsize truck options with the addition of the Chevrolet Colorado and GMC Canyon, both excellent additions to the segment. However, one model has been missing since 2011 and yet continues to be a fixture overseas: the Ford Ranger. Ford remains steadfastly committed to an all F-Series pickup strategy in North America, convinced buyers are not interested in smaller, more maneuverable trucks. Besides, it’s not like Ford’s exactly hurting for sales, with the F-Series being the best-selling vehicle in the U.S. for more than three solid decades. So what exactly are we missing with the global Ranger?
Proven, But More Efficient Power
The engines are largely carryover, but specific tweaks aimed at improving efficiency, including the adoption of electric power assisted steering (EPAS), improve fuel efficiency by as much as 22 percent, with EPAS alone giving a three percent gain. Further efficiency-enhancing measures include an available auto stop-start system and a taller final drive ratio to lower revs at highway speeds. Output is largely unchanged from its predecessor, with the 2.2L I-4 turbodiesel making between 129-158 hp, with a maximum torque output of 284 lb-ft. The flagship 3.2L I-5 turbodiesel makes 197 hp and 347 lb-ft and is the diesel engine option for the U.S.-spec Transit, where it makes 185 hp and 350 lb-ft of torque. The lone non-diesel option is a 2.5L I-4 making 163 hp and 166 lb-ft of torque. 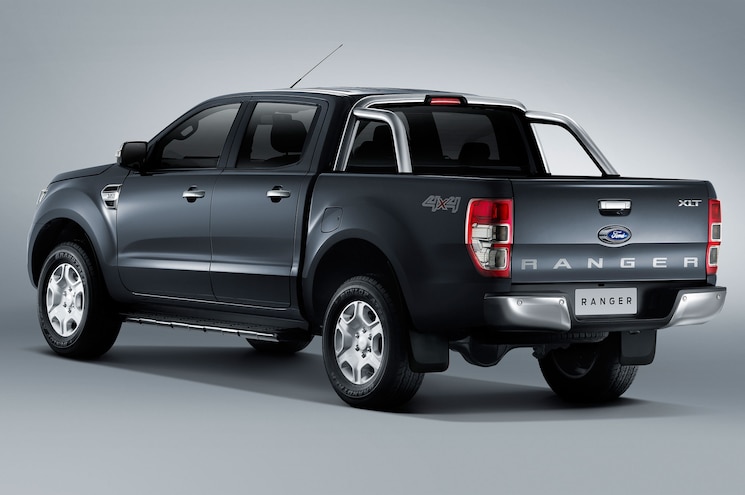 View Photo Gallery | 8 Photos
Photo 2/8   |   2016 Ford Ranger Rear Angle
The new grille and hood were designed to convey the “Built Ford Tough” image, melding Ford’s Kinetic design language and signature hexagonal grille, with truck-specific cues such as outer grille “nostrils.” The updated interior would not look out-of-place in an Explorer or Edge and features a Sync 2 touchscreen interface that includes available navigation, voice command capability, and integrated Bluetooth emergency response capability. Additional sound-deadening insulation was added for greater refinement.
Of course, the main mission of trucks is work, and the Ranger remains as capable as ever, with a maximum towing capacity of 7,716 pounds, a water-fording depth of 31.5 inches, 9 inches of ground clearance, and approach and departure angles of 28 and 25 degrees, respectively.
Safety First
The new Ranger is packed with high-tech safety aids, such as lane-keeping alert and aid, adaptive cruise control, front and rear park assist, driver impairment monitor, hill launch assist that works in both forward and reverse, hill descent control and adaptive load control, which adjusts the stability control parameters based on load weight.
Everywhere But Here
The new Ranger will be built at three factories: in Rayong, Thailand, for Asia-Pacific markets; Pretoria, South Africa, for the African and European markets; and Pacheco, Argentina, for Latin American markets. In case you were wondering, yes, the Ranger is sold in Mexico, alongside the F-150 and Super Duty. Pricing was not announced, but the current Ranger starts at just above the equivalent of $16,000 in Thailand. We can only hope GM’s success with the Colorado and Canyon might prompt a change of heart from Ford about offering the Ranger in the U.S., but for now, we’ll just have to admire it from a distance.