Why Your Truck was Overlooked at SEMA - Garage 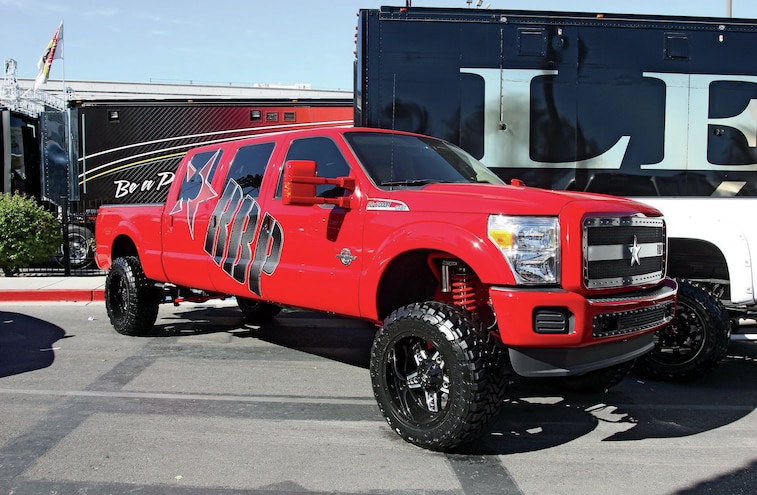 There’s a good chance your truck was overlooked at SEMA. Overlooked. As in skipped over, not seen, unnoticed, not remembered. I knew it—you’re offended. And I would be, too. But let me explain how such a harsh thing could occur.
First off, SEMA is huge. We’re talking three halls and multiple massive outdoor parking lots with every nook and cranny stuffed with something potentially cool and someone checking it out. It’s like a huge, frustrating game of Where’s Waldo, in which the odds of not finding Waldo are high. During our full week at SEMA, we estimated that we traversed a conservative 30 miles of show terrain. One left or right turn, or one giant booth display, could have taken us off the path to your cool truck or blocked our view, so that we never physically saw your super awesome build. 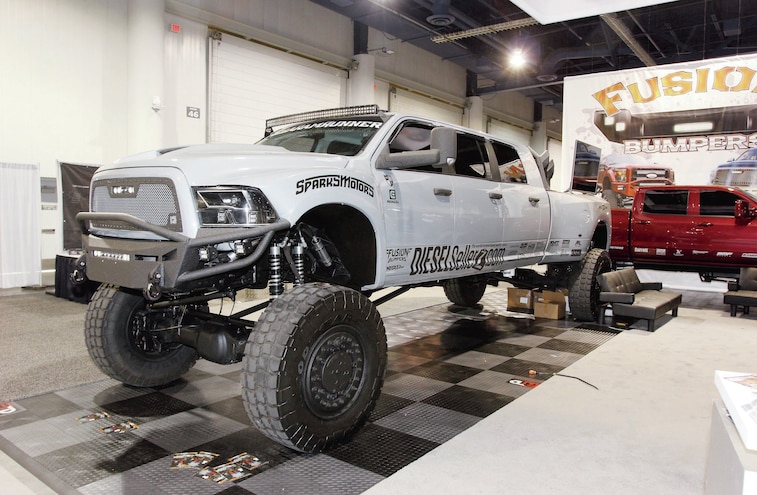 View Photo Gallery | 5 Photos
Photo 2/5   |   What did you definitely not overlook at SEMA this year? For me, it was a trio of six-doored HD trucks. The first spotted, a black Ford, was in the Nitto booth and sported a set of Exo Grapplers. The second, a gray Ram mega-Mega Cab, was in Fusion Bumpers’ domain. The third, a red Ford, wore an RBP logo and aligned itself in front of the Lexani trailer. These six-doored beasts were definitely memorable and, well, gigantic. Did you see all three?
Secondly, there’s a chance your truck was physically seen, but not mentally recorded. It’s a strange thing, so let me explain. It’s almost like the mind goes into “SEMA Overload” mode when presented with so many trucks and so much cool stuff to take in all at once. It gets hard to separate one custom truck from another and difficult to remember and recall information—especially when it comes to the super subtle truck details. A midweek conversation could go like this: “See anything cool at the show today?” Blank stare, followed by this response: “Well, you know…all of it was cool.” Then enter one random, obscure, unimportant detail about the restroom or a lunchtime turkey sandwich. Another example: You think you know for a fact you never saw a certain truck, only to later find the three pictures of it that you took. Yup, the disease I’m naming SEMA Overload strikes again.
Monica Gonderman
mgonderman@enthusiastnetwork.com