What’s Your Truck Scene? - The Garage 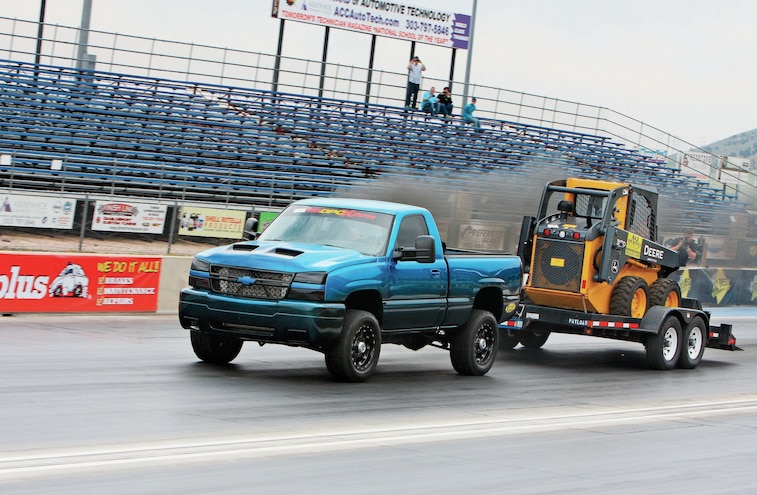 Are there any vehicles more versatile than gasoline or diesel HD trucks? They’ve infiltrated so many “scenes” in recent years that virtually any type of truck hobbyist could come across one of these custom—or stock—behemoths while going about his business. It’s really quite a testament to the multifaceted, competent nature of these eight-lugged rigs; they’re naturally jacks of all trades, but at the same time, they can actually be honed to master one area. I’ve witnessed the gamut of things HD trucks can be and look like, and that covers a huge spectrum in which it’s hard to pick a favorite habitat for these trucks. 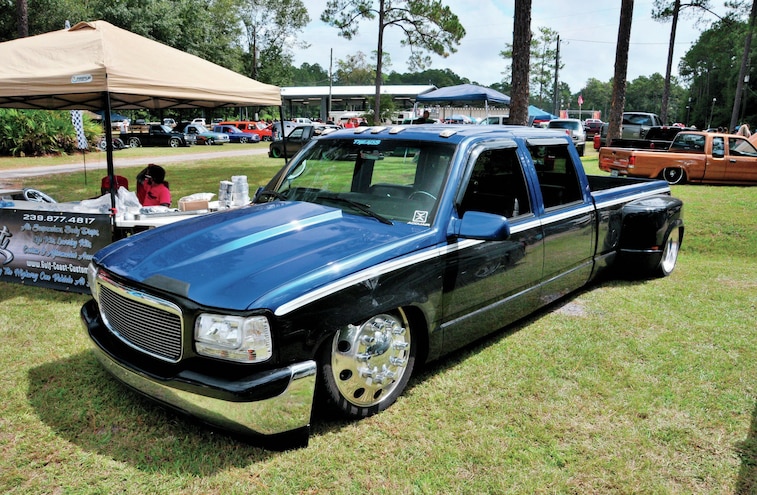 View Photo Gallery | 5 Photos
Photo 2/5   |   Bagged Dually
Show
8-Lug magazine has historically been a book that’s heavy in HD show truck features and event coverage. It seems that no matter what the condition of the economy—and despite sporadic fuel costs—there are no shortages of awesome truck builds going on year-round. Attendance at truck shows may not be what it once was, but there will always be a strong representation of HD trucks. Their size consistently draws crowds, and more often than not, it’s the huge trucks that attract the groves of girls (and also the youngsters). These enormous trucks—both lifted and slammed—provide a spacious exterior and interior canvas for customization and an awesome powerplant just begging for a few power-adders. For all the haters who scoff at show trucks—what’s so bad? What’s so wrong with having a show truck?

View Photo Gallery | 5 Photos
Photo 3/5   |   Single Cab Duramax Pulling Trailer
Race
I might be a little spoiled when it comes to the (primarily diesel) HD race truck, as I’ve had a firsthand view of these machines during several Diesel Power Challenge and NHRDA events. You’d have to be clinically dead to have no physical reaction to a truck putting down 1,000 hp and 2,000 lb-ft of torque on a dyno, feet from where you stand. It sounds like a freight train, and when it’s all over, there’s a sense of thankfulness that everyone (and hopefully truck, too) survived. Take it to the track, you say. OK, the sensation of watching a sub-9-second race truck spool up and make a run (or even a 10- to 11- second streetable truck) is a feeling you will never forget. Drivers refer to the experience as addictive. 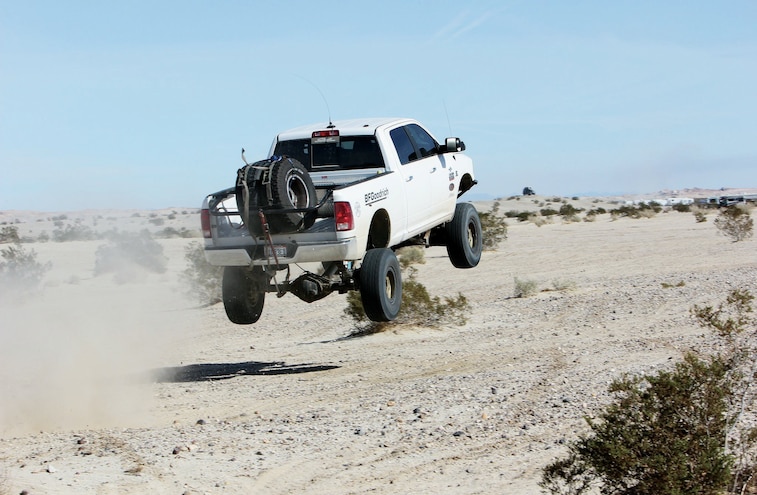 View Photo Gallery | 5 Photos
Photo 4/5   |   Dodge Ram Jumping In The Desert
Off-Road
Most think of a nimble Wrangler or buggy when it comes to off-road prowess, but in recent years, HD trucks hitting the dirt has become a growing thing. They rockcrawl, hit whoops, get big air, and throw major roost in sand washes. Like aggressive elephants, the HD desert guys have a go-anywhere, do-anything confidence in their long-travel trucks that make them better leaders than followers. 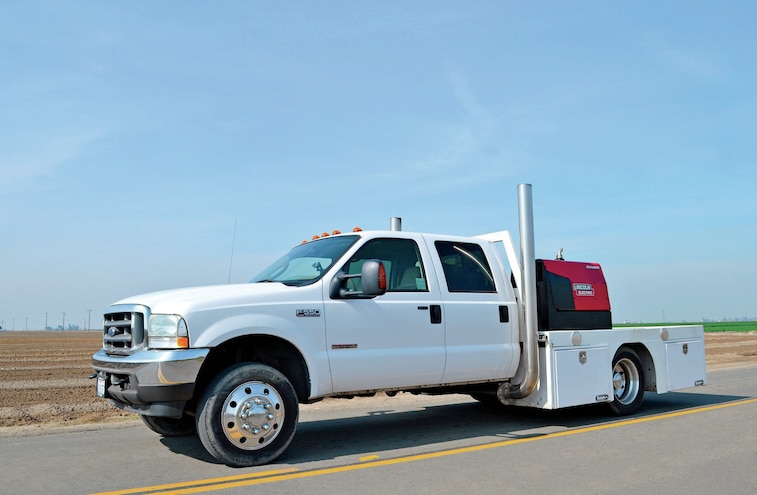 View Photo Gallery | 5 Photos
Photo 5/5   |   Ford Super Duty Work Truck
Work
8-Lug alternates monthly with Work Truck Review, so it’s only appropriate to acknowledge the tow/haul/chase/help work aspect of HD trucks. Like a Sherpa poised to assist and support the next mountain climber to tackle the Himalayas, the HD truck can’t help but shine when needed most. Working hard is in the chivalrous HD truck’s blood. Every truck owner has been approached by a sedan-owning friend for some sort of truck-related favor.
Which scenes best suites your HD truck?
–Monica
mgonderman@enthusiastnetwork.com

- OF
By Monica Gonderman
667 Articles