Will the Real Affordable Mini-Truck Ever Return? - Factory Fresh 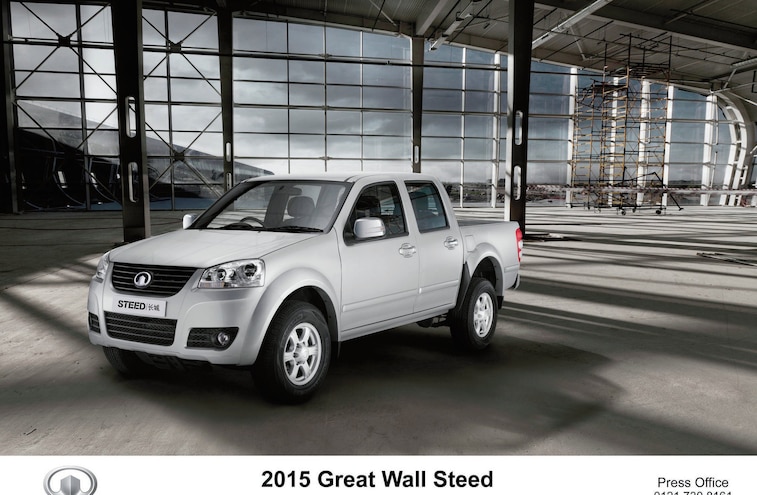 Ever since the last Ford Ranger sold in the U.S. rolled off the assembly line, the U.S. market has not seen a true “mini-truck” on the market. If you look at nearly all the entries smaller than a fullsize half-ton, they’re all classified as “midsize” with the dimensions of many of them coming within a few inches of fullsize trucks from a generation ago.
Even if you don’t have a problem with the size of the current crop of midsizers, a lot of people have voiced unhappiness with the pricing of the trucks, with even basic models starting above $20,000, and fully loaded examples going for over $40,000. Is the dream of a small, basic, body-on-frame truck for around $15,000 completely dead? At first glance, it may seem so. But the small, affordable truck may make a comeback from an unlikely source: China.
You’ve probably heard plenty of horror stories about the quality of Chinese vehicles, and by-and-large, the consensus remains that China designed-and-engineered vehicles lag most of their developed nation’s contemporaries in the areas of engineering, design, and safety. However, one company’s offerings in particular have caught the attention of some Western engineers and market analysts for being not quite so horrific as some of their other contemporaries. That company is Great Wall Motors, one of the largest manufacturers of trucks and SUVs in China. 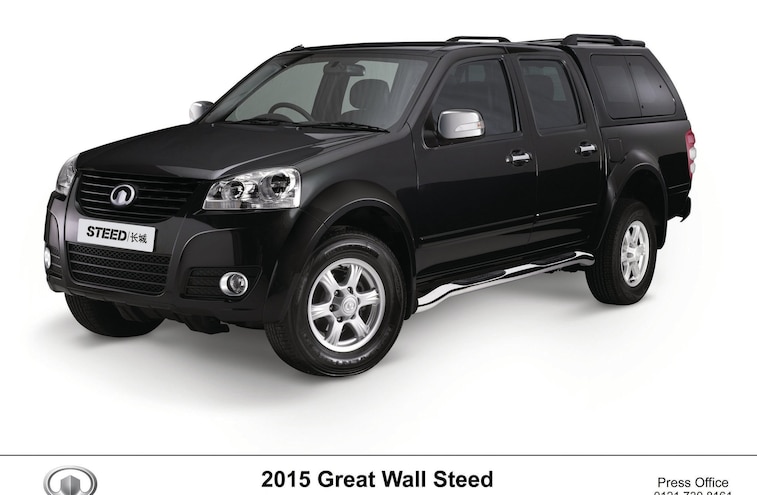 View Photo Gallery | 4 Photos
Photo 2/4   |   Great Wall Steed Truck
Taking a look at Great Wall’s bread-and-butter pickup model, sold as the Wingle in its home market and the Steed in some overseas markets, the styling is a mashup of the Toyota Hilux/Tacoma, last-generation Chevy Colorado, and the Isuzu D-Max. Likewise, the interior looks like it was pieced together from a late-model pickup salvage yard, with a Tacoma-like four-spoke steering wheel, a center stack that once again resembles a last-gen Colorado, and a shift knob that looks like it came out of a ’80s Toyota Celica.
Fancy it isn’t, but we’ve heard from more than one reader simply wishing for the return of a basic, no-frills truck, and the Wingle/Steed seems to fit the bill. In terms of dimensions, the truck is significantly smaller than the current batch of midsizers sold in the U.S. Overall length is 198.4 inches, width is 70.9 inches, and a height of 68.1 inches. Compare that to the Tacoma Double Cab shortbed at 208.1 inches, 74.7 inches wide, and 67.7 inches tall. The ’15 Chevrolet Colorado dwarfs the truck even more at 212.7 inches long, 74.3 inches wide, and 70.7 inches tall. 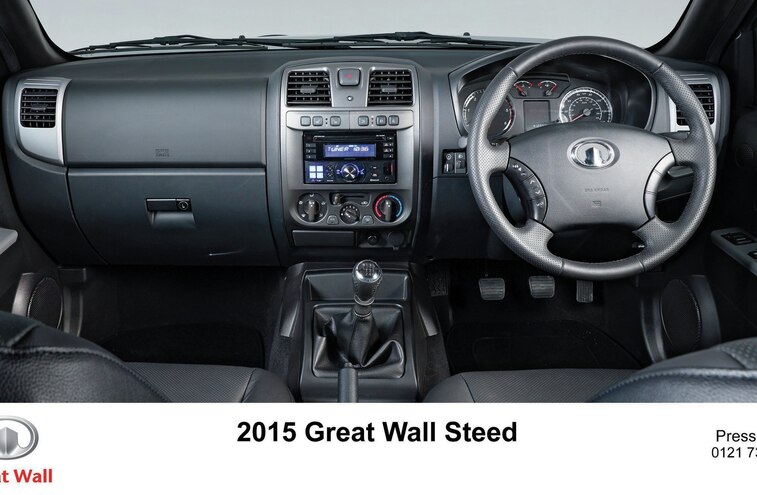 View Photo Gallery | 4 Photos
Photo 3/4   |   Great Wall Steed Truck Dash
In terms of specs, the Wingle/Steed is offered with a selection of basic four-cylinder gas and diesel engines, the most powerful being a 2.0L turbodiesel with 148 hp and 229 lb-ft of torque. In its heaviest specification, the truck is 3,860 pounds, and the lightest model is a feathery 3,450 pounds.
Interestingly, it seems Great Wall is angling for legitimacy by using components from such well-renowned Western suppliers such as Bosch and BorgWarner.
Getting back to the issue of price, it’s hard to get an exact determination of how much it would cost if it were sold in the U.S., other than looking at the comparative pricing relative to other more established names in overseas markets. The base model Steed starts at the equivalent of $21,930 in the U.K. An entry-level Toyota Hilux starts at $27,510. The other issue potentially working against the sale of the Steed in the U.S. market is the hated “Chicken Tax,” which levies a stiff 25 percent tariff on imported pickups. There are creative work-arounds for circumventing this tax, but longer term, it may be in Great Wall’s interest to open a factory in Mexico or the United States if it plans on making a large-scale sales effort. 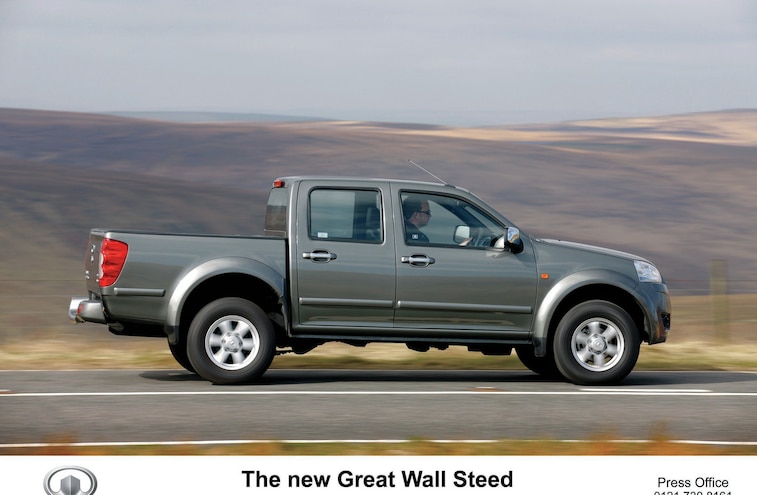 View Photo Gallery | 4 Photos
Photo 4/4   |   Great Wall Steed Truck
A 2013 Automotive News article claimed that Great Wall wanted to set up U.S. sales operations starting in 2015. So far, we haven’t heard of any official opening of any corporate offices or Great Wall reaching out to large dealer groups about setting up distribution, so it may be several years still if we see Great Wall in the U.S. market, if ever.

- OF
By Ed Sanchez
2 Articles