A year in the saddle, and we are grandly impressed 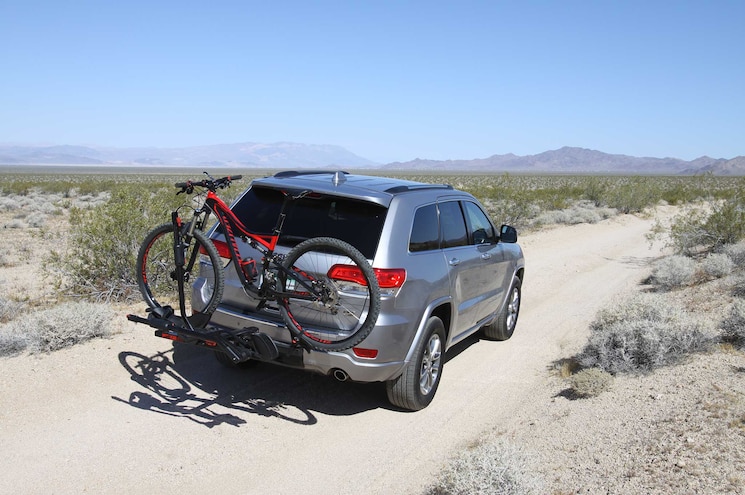 Our year with the Jeep Grand Cherokee EcoDiesel went by so fast that we were almost caught off guard when it was time for Jeep to come pick it up. With nearly 25,000 miles on the odometer, we were just thankful it wasn't a lease return or we would have been paying some serious mileage penalties.
During the past 12 months we learned some very important things about the Grand Cherokee, such as the key fob being able to survive a trip through the washing machine, us being able to survive an 18 hour day in the driver seat, and just how surprisingly capable the Grand is with a trailer attached. 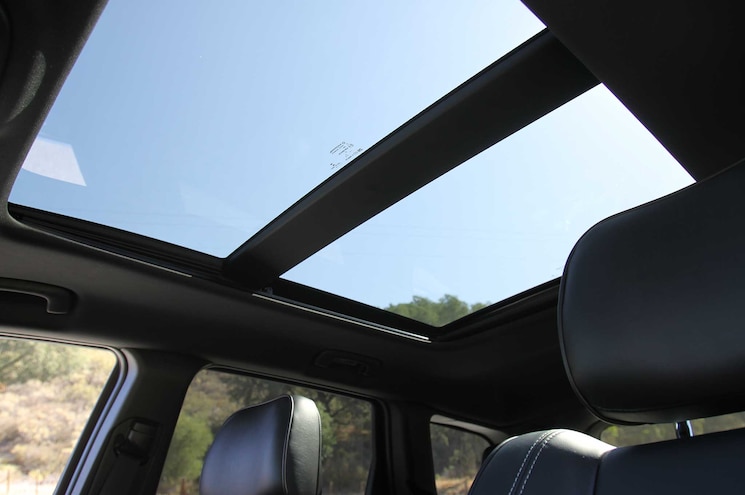 View Photo Gallery | 4 Photos
Photo 2/4   |   One for the features we really enjoyed on the Grand Cherokee was the glass roof—great for sightseeing in the city or a national park.
The EcoDiesel and eight-speed combo proved to be an excellent pairing. With 240 hp and 420 lb-ft of torque, the EcoDiesel nicely splits the difference between the fuel-efficient gas V-6 model and the very capable, but thirstier, Hemi V-8 version. We regularly saw a range of 500-plus miles and often towed 6,000-plus-pound loads with confidence. If there is a complaint to lodge, our only knock is that there is a little bit of turbo lag off idle, but even then we are grasping at straws.
Service intervals came about every 10,000 miles, and the DEF tank was properly sized to mostly match our regular service stops, although we did fall about 500 miles short of our second service, necessitating a truck stop fill-up on the way home from one of our many cross-country trips. Our only unscheduled stop was for a check engine light, which led to a warranty replacement of our catalytic converter, a common issue with early EcoDiesel-equipped Jeeps and Rams. Otherwise the Grand Cherokee proved to be very reliable with no other issues during its stay.
Where the Grand excelled was in long-distance driving comfort, great all-weather capability, and towing—sometimes all on the same trip. Thanks to full-time four-wheel drive and an advanced Selec-Terrain traction control system, the Grand Cherokee is sure-footed in any weather. We had an opportunity to experience this firsthand when we were caught in a surprise nighttime whiteout in Colorado, where the Jeep's technology got us through some tense hours safe and sound. 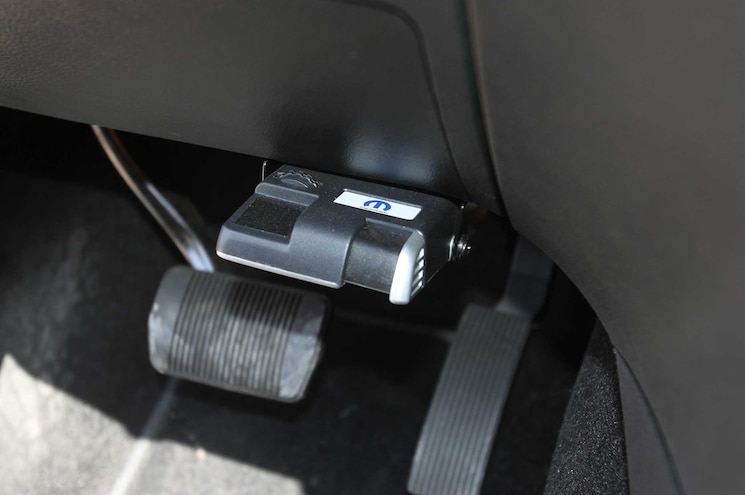 View Photo Gallery | 4 Photos
Photo 3/4   |   In order to tow our big trailer and utilize the trailer brakes, we added this Mopar plug-and-play brake controller, which took about 20 minutes to install.
If there is one area we'd improve, it's the harshness the Quadra-Lift suspension exhibits on the trail. Being Jeep's first-generation air suspension, the system has some great features, such as self-leveling for load, an aero mode for highway speeds, and the ability to rise up over obstacles when wheeling. However, on the trail, the suspension, in its highest setting, is harsh and noisy. In fact, we prefer the normal ride height, which affords more wheel travel and a better ride at the expense of ground clearance. Fortunately, the Grand Cherokee's available Off Road Adventure II package includes full skid plates and tow hooks to keep the undercarriage safe and make recovery easier, if necessary.
Two of the most-asked questions from people who noticed the EcoDiesel badge were "is that really a diesel?" and "what kind of mileage does it get?" Our test average over 23,864 miles was 22.59 mpg. Our best tank was 27.48 mpg, falling just short of the EPA estimate of 28, while our worst tank, with a 6,500-pound trailer in tow, was 15.22 mpg.
After wrapping up our test, we have no reservations about recommending the Grand Cherokee to anyone interested in buying one, especially with the EcoDiesel option. As journalists who get to drive just about every truck and SUV on the market, it should say something when we don't want to give up the keys to one we've been in for a year. 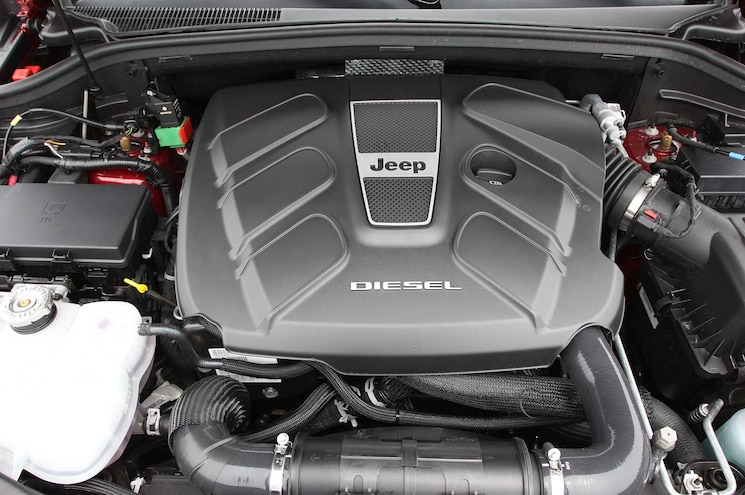 View Photo Gallery | 4 Photos
Photo 4/4   |   We are big fans of the EcoDiesel 3.0L V-6. It's smooth, torquey, and fuel-efficient.
Long-Term Numbers
Report 4 of 4
Previous report(s): Nov/Dec 2015, May/June 2015, July/August 2015
Base price: $46,195
Price as tested: $54,780
Miles to date: 23,864
Miles since last report: 8,558
Average mpg (this report): 23.52
Test best tank (mpg): 27.48
Test worst tank (mpg): 15.22 (Towing)
Test Maintenance:
10K Service - Oil Change, Tire Rotation, Top Off DEF, Electronic Updates
20K Service - Oil Change, Tire Rotation, Top Off DEF
Test Problem Areas: Catalytic Converter (Warranty)
Logbook Quotes:
"I just beat a Grand Cherokee SRT off the line. Granted it was from 0-40 feet with the turbo spooled, but that's a win in my book."
"The suspension's Off-Road II mode is too harsh to be useable for anything other than very slow speed, high-clearance situations."
"Just saw another EcoDiesel Grand out in the wild. We nodded. I don't think he expected ours to be a diesel as well."
"The Uconnect system has to be the industry standard in ease of use and functionality—It's fantastic."
"Was caught in a complete whiteout in the middle of the night in the Colorado Rockies. Thankfully the Grand was the right vehicle to get me home safely."