Ford Tests Trucks At Minus 20 Degrees – in Florida! 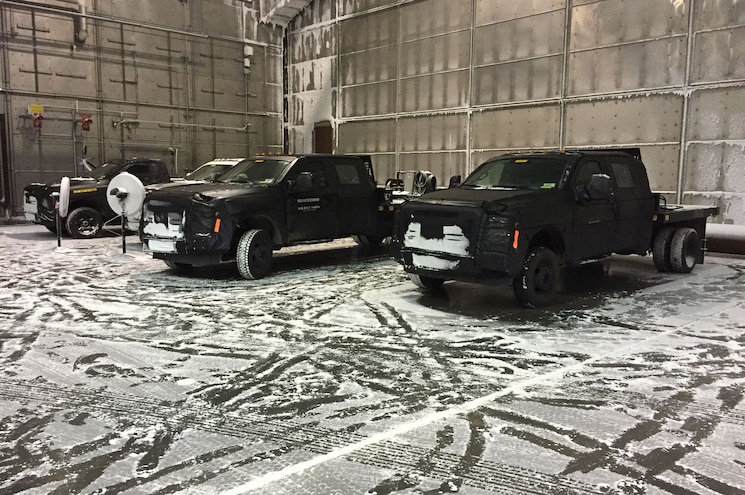 It’s the middle of summer, but that hasn’t stopped the Ford Super Duty engineering team from continuing cold-weather testing on the next-gen 2017 Super Duty lineup, slated to be revealed later this year. So where would one go to test at temperatures as low as 40 degrees below zero in August? Florida, of course.
When Ford invited us to check out the new Super Duty up close in personal, we booked our ticket and headed out to Ft. Walton Beach, Florida, home of Eglin AFB. It is here that the world’s largest climate chamber resides. The McKinley Climatic Laboratory is the premier testing facility for everything environmental. The largest of the five climate chambers is 55,000–square-foot building that holds an astonishing 3.25 million cubic feet of air that can be heated to 165 degrees or cooled to -85 degrees in less than a day. The building is large enough to fit aircraft as large as the Lockheed C-5 Galaxy, with room to spare. 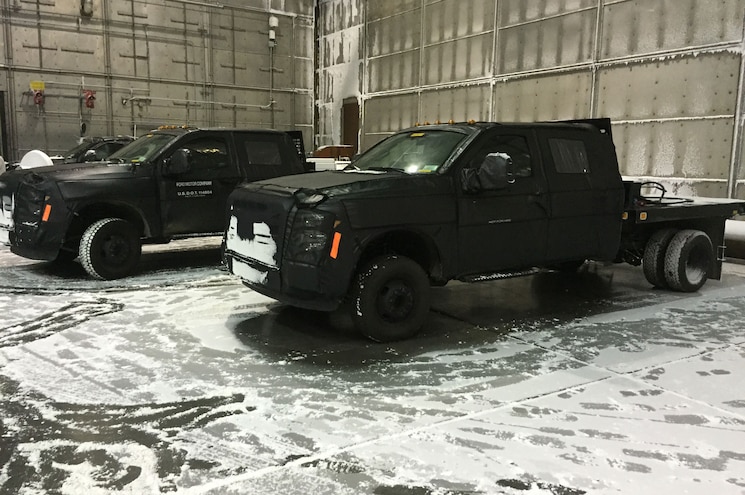 |   009 Ford Super Duty Cold Weather Testing
While the primary mission of the Air Force–owned facility is to do testing for the Department of Defense and support military programs, the lab is often contracted out for commercial use, such as vehicle testing. In addition to controlling temperature, the lab can set humidity and simulate altitude, and it can test for ice, snow, salt fog, blowing sand, wind, and freezing rain, duplicating just about any weather you can find on Earth in a controlled setting. The lab operates 24 hours a day and 7 days a week, running about 30 tests a year.
During our visit, Ford was running a quartet of 2017 Ford F-Series Super Duty trucks through a grueling, non-stop three weeks of idling as a response to customers in extreme cold climates, such as the oil fields of Prudhoe Bay, Alaska. Because of the extreme weather, customers are known to idle their trucks, sometimes for more than a month at a time. It’s the only assurance of an emergency shelter that they have, giving them peace of mind that the truck will always be warm and ready to operate. 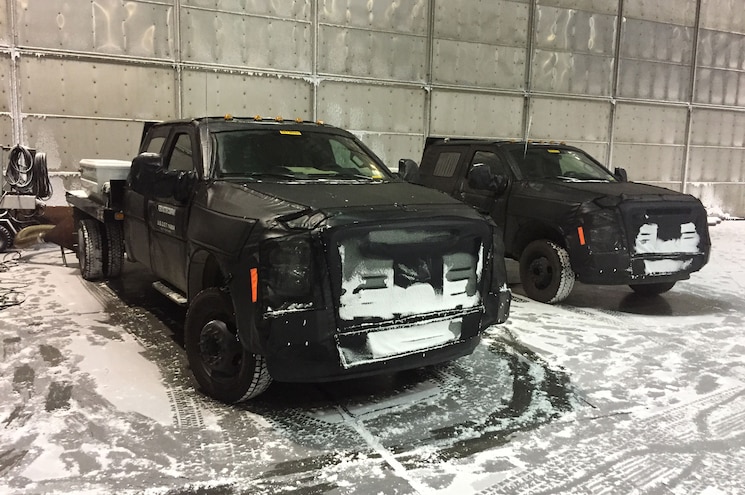 |   007 Ford Super Duty Cold Weather Testing
When the Super Duty first launched with new SCR technology in 2011, long-term idling in cold weather was found to have caused delayed issues with the emissions system. It was discovered that idling in the cold for so long could cause the buildup of exhaust condensation on the diesel particulate filter (DPF) and catalytic converters. When warmer weather returned, with normal driving cycles, the regen process could fry the cats and DPF. Adjustments have been made to the emissions systems since then, and Ford was in the process of validating that the 2017 Super Duty would be immune to the issue while still meeting EPA and CARB emissions requirements.
While Ford has climate chambers of its own back in Michigan, none of them are large enough to allow four trucks to idle together for nearly a month. So off to Florida they go, showing just how serious Ford takes the needs of the company’s more extreme customers.
Browse the photo gallery below to read all about the company’s cold-weather testing process.