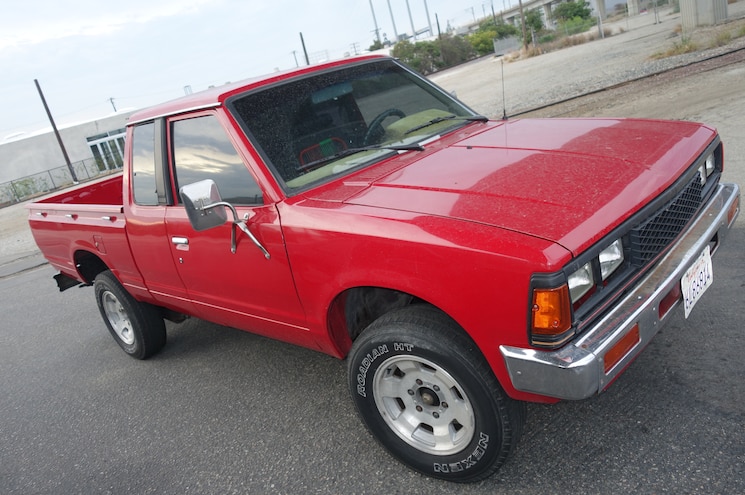 Most mornings, the drive from my home to Diesel Power Central in El Segundo, California, takes about 30 minutes, from door to door. The ride includes a stop at Starbuck's for my daily cup of Joe (dark roast, four shots of espresso, four Sweet'N Lows), as well as the typical traffic crawl to the top of the Sepulveda grade, and over the hill into the west side of Los Angeles.
The trip is mundane to say the least, and if it weren't for the satellite radio in Big White keeping me entertained (I dig the comedy channels) or informed (shout-out to ESPN, the NFL, and NASCAR channels), I'd probably arrive at our headquarters in a near catatonic state. 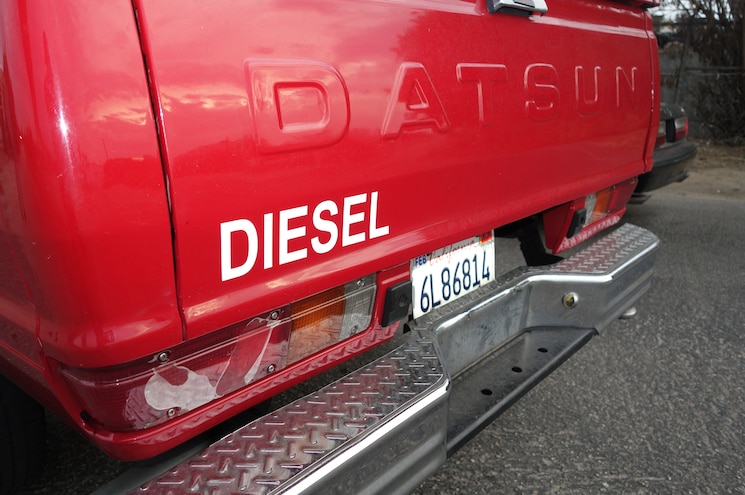 View Photo Gallery | 3 Photos
Photo 2/3   |   1984 Datsun 720 King Cab Diesel Tailgate
Seeing bone-stock, older cars and trucks in near-mint condition is a common occurrence on Southern California freeways, and there are instances when a unique or cool (in my opinion) vehicle might catch my attention during the drive. While "wanting" each ride is usually my knee-jerk reaction when I initially see it, thinking about its "story" and whipping up ideas for modifying the many untouched platforms I see keeps my mind busy until the trip comes to an end.
That's definitely how things went on the morning one truly forgotten gem—an '84 Datsun 720 King Cab pickup—merged directly in front of me and had me staring at the bold white letters on its tailgate. Waaaaaiiiit a minute, I thought to myself. Does that say, "Diesel"?! While I couldn't believe it, yes, it did. Totally by chance, I was staring at a pickup that many diesel aficionados might say is uber rare—and it was clean, straight, and (from where I sat) running like a champ!
Maaaaaaaan, I gotta have that thing! As a "car (or truck) guy," it's amazing how quickly your heart rate can jump when you come across a piece that holds a position on the "list of vehicles I would like to own in my lifetime." We all have lists like that; mine is actually typed up and saved as a Word document.
Believe it or not, "diesel mini pickup" made it onto my list way back in 1997, when I saw an ultra-clean '82 Chevrolet Luv with a 2.2L Isuzu oil-burner under the hood. The truck was parked at a car show (with a five-speed manual transmission attached to the back of its tiny diesel), and all I could think about was how fun it would be to drive that little rig. The mid-'90s was definitely a golden era for '80s mini-trucks like Luvs, Isuzu Pups, Mazdas, Toyotas, and Datsun/Nissans. They were small, looked cool, were fairly easy to modify (for performance and handling) on the cheap, got great fuel mileage, and, in some cases (like with the Datsun I found myself following), were available with optional diesel engines. 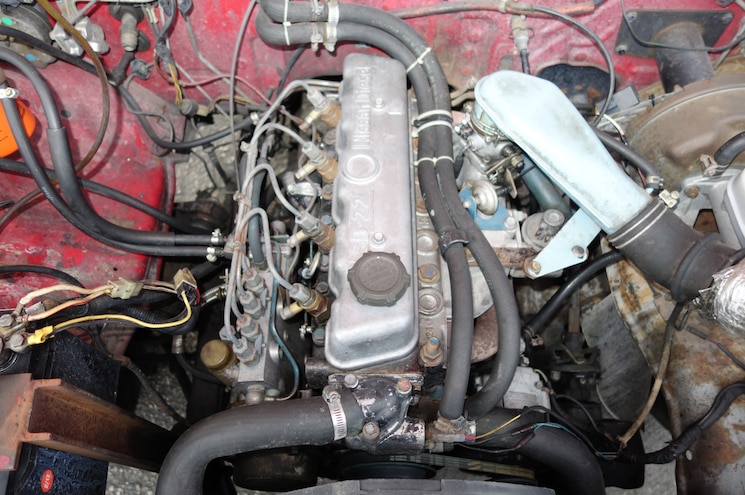 View Photo Gallery | 3 Photos
Photo 3/3   |   The 2.2L Nissan SD22 diesel engine in Jose's clean '84 Datsun 720 King Cab pickup is original and, thanks to regular servicing, has never given Jose any problems in 130,000 miles of driving. While it's not known whether this little diesel is still making the 61 crankshaft horsepower it was originally endowed with, Jose says it's still getting nearly 28 mpg on the freeway. Which, in Los Angeles, or anywhere, is darn-good fuel economy.
Today, owning a cool ride that's acknowledged by the masses as "rare" isn't always easy, as the rarer a vehicle is, the more money it typically costs to buy it…if it's even for sale. I'm already sitting on one rare ride—an '86 Ford Mustang LX coupe that left the factory with a 5.0L engine, five-speed manual transmission, and a T-top roof. Most of the T-top 'Stangs were hatchback models, so owning one of only a few surviving T-roof notchbacks is special—especially if it's running and driveable. Mine is, and a suitor would have to have a king's ransom if he wants it.
After exiting the freeway, I managed to catch up with Jose (yeah, OK, I stalked him), the owner, and after assuring him I wasn't trying to jack the Datsun, he graciously let me look it over and take a few photos, and he answered my questions about his unique little truck (the 2.2L Nissan SD22 engine has only 130,000 miles on it and, thanks to regular maintenance services, runs like a Swiss watch).
Unfortunately, Jose's quick response to one particular question was the answer I definitely didn't want to hear. When I asked if he would consider selling the 720—which he purchased new in 1984—a flat-out "no!" is all I heard, and in a blink, Jose was back in that cool little truck, and gone. Sigh!