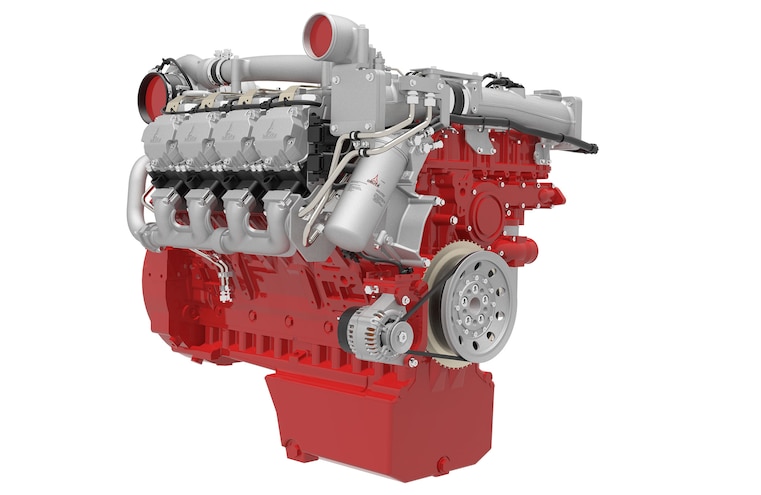 The German company Deutz was founded in Cologne way back in 1864, giving it claim to the title of first engine manufacturer in the history of the world. That year, Nikolaus August Otto (who eventually invented the four-stroke engine) commissioned Michael Zons to produce a combustion engine. Their design (see below) was a hit with its unbeatable power and efficiency. Now, 150 years after that innovation, Deutz continues to break from convention with powerful diesel engines such as the TCD 16.0 V-8 that produces 697 hp and 2,132 lb-ft of torque in its configuration for agricultural use seen here. 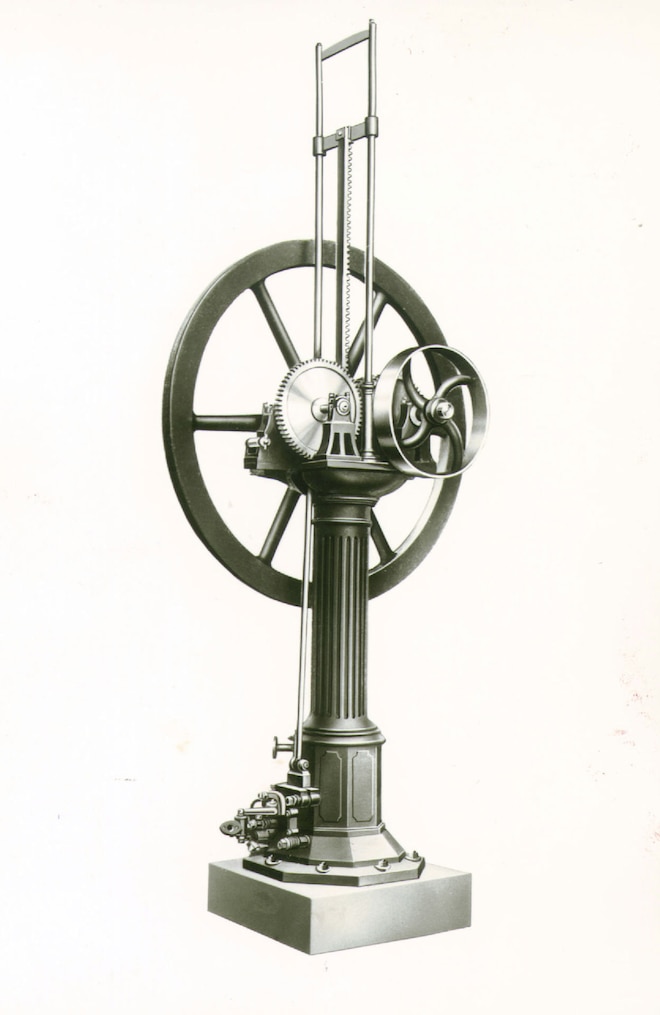 View Photo Gallery | 3 Photos
Photo 2/3   |   N.A. Otto & Cie. was the first company to factory-build engines, starting with the “Atmospharische Gaskraftmaschine” (atmospheric gas-powered engine) that was used all over the world. The stationary unit operated with a single vertical piston connected to a rack-and-pinion that spun a rotary wheel, which could be used to power all sorts of equipment. It weighed in at 1,543 pounds and created ½ hp (which later increased to 3 hp) while consuming only 30 percent as much fuel as the competition’s design. In addition to Otto, other notable employees of the company that is now Deutz included Robert Bosch, Ettore Bugatti, Gottlieb Daimler, Rudolf Diesel, Eugen Langen, Wilhelm Maybach, and Prosper L’Orange.
V-8 Power
Unlike more common inline designs, the eight-cylinder version of the TCD engine lineup uses a 90-degree V formation along with overhead valves and 15.9 liters of displacement to produce more than 2 tons of diesel torque. The engine has a crankshaft-operated power take-off at the front and can be ordered with up to three additional PTOs to run equipment. A single turbocharger with an electronically controlled wastegate and a 29,000-psi common-rail fuel system with eight-hole injectors are used to make clean power with the use of some unique techniques to meet emissions requirements.
Spark Plugs?!
The “Deutz burner” is a unit mounted upstream from the catalytic converter and the diesel particulate filter. It includes a fuel injector, along with two spark plugs, an air intake, a pressure sensor, and a temperature sensor that all work together to create a fireball inside the DPF only when a precise regeneration is needed. This helps cut down on overall fuel usage while avoiding performance reductions. The TCD V-8 also includes an in-head EGR design that briefly opens the exhaust valve during the discharge stroke, and two separate levels of selective catalytic reduction using the injection of diesel exhaust fluid. These techniques combine to allow the engine to meet the latest EU Stage IV and U.S. EPA Tier 4 emissions while running efficiently and putting out massive amounts of horsepower and torque.