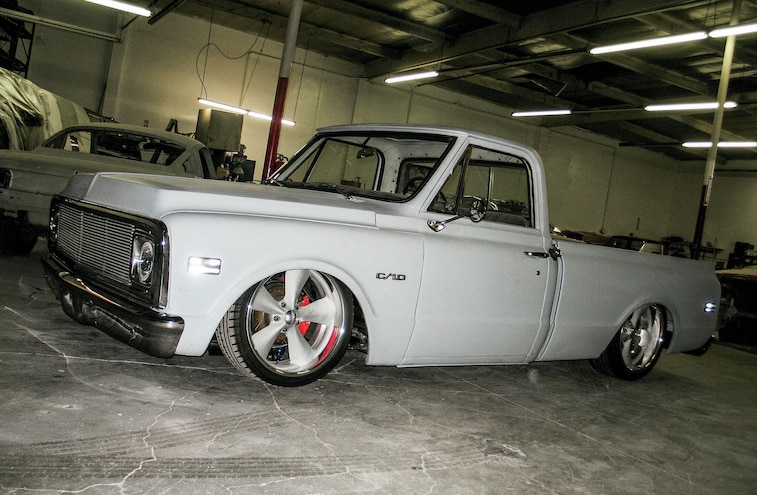 After driving our project F-150 at last year’s Throwdown event, I caught the bug. I began to really want a truck that I could run around the track at ours and a few of the other local autocross events. Although Throwdown consists of mostly late-model trucks, most of the other regular events have very few trucks at all. And the ones that are, are classics. Two that come to mind and have been hitting it hard this past year are the ’59 Apache belonging to Wes Drelleshak and the ’68 C10 of Marcel Venable. Having examined both trucks several times and taking some joy rides in Marcel’s truck, I’ve concocted a general idea of what I want to do with one of my long-forgotten project trucks. 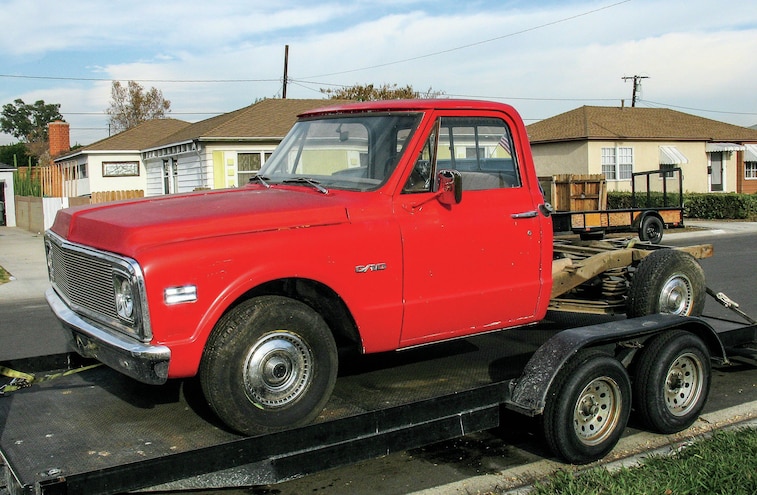 View Photo Gallery | 4 Photos
Photo 2/4   |   The Beginning
My ’69 C10 has had a long, strange life. It was a full-on gardener’s longbed truck from Arizona, complete with a smashed bed floor and several $99 paintjobs, that I came across because one of my freelancers sold it to another magazine editor friend of mine. He bought it and brought it back to SoCal strictly to use the cab and scrap the rest. I thought that was an awful fate for a running and driving, complete truck, so I bought a bare cab from Stan and Co. at Early Classic in Fresno, secured a bunch of other parts for his build, and a deal was struck. Since I already was knee deep in my ’64 C10, my idea was to build it “poverty” style—slammed on steelies, white trim, no frills. I began by tuning up the old 250 inline-six and putting in a new clutch, driveshaft, and floor shifter to get some more life out of the stock three-speed tranny. The truck was back on the road, but that’s the way it stayed for a while. 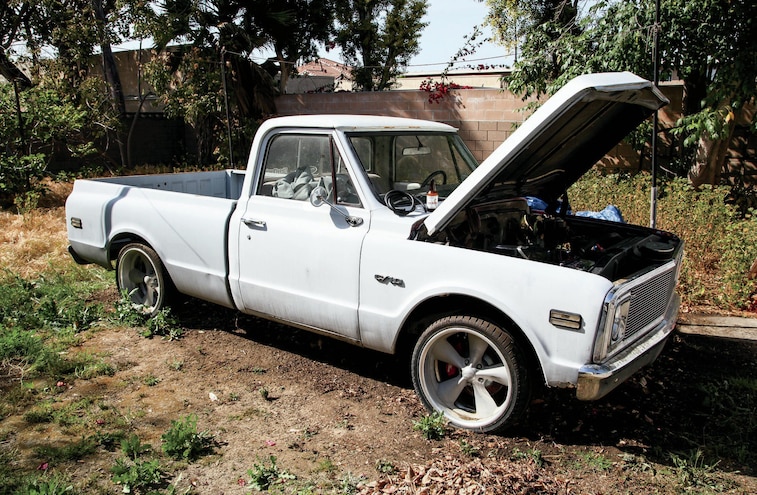 View Photo Gallery | 4 Photos
Photo 3/4   |   This Morning
Then, one night after a long day at SEMA several years back, I was sitting with Tony from RideTech, who informed me of their new, completely tubular front and rear setups for the C10s and asked me if I wanted the exclusive story on it—of course, all I needed was a truck. Within a few weeks, the frame was shortened and painted, a bed was built from new LMC parts, the truck was primered, and the RideTech components were installed along with QA1 shocks and SSBC brakes. We even threw on some Hot Rod by Boyd’s 20s and Continentals. And here’s where you say “ah, the life of a magazine editor,” but let me stop you right there because that is where the project ended. It’s been sitting on moth balls ever since. Same six cylinder, same untouched interior, and a lot worse for wear. It’s been about seven years.

View Photo Gallery | 4 Photos
Photo 4/4   |   On the Road
As I write this, we have exactly one month before Throwdown 2015. As if planning an event while running a magazine isn’t enough added stress, I’m going to make a push to have my C10 at Throwdown. It may not look pretty, but the goal is to get a new engine and transmission in the truck and go for broke. I’m working with capable partners like BluePrint Engines and Gearstar transmissions, who will no doubt deliver on time, so the rest is up to me. So head over to truckin.com for our coverage, which will be up by time you read this, and see if there’s a well-worn C10 tearing up the course and an ear-to-ear grin on my face.
Keep on Truckin’
-JC
Write Us!
We want to hear from you! Please send any questions, comments, or concerns to editor@truckin.com.