It seems like truck manufacturers are introducing new trim packages on a nearly weekly basis, almost to the point where our jaded instinctual response is, “Great, another trim package.” However, this one got our attention. A lot of truck enthusiasts have lamented the trend to richer, more opulent trim levels, many topping $60,000. “Just give us a basic truck,” they say. Well, Chevrolet is listening and answered with the ’15 Silverado 1500 W/T Black Out edition, which adds 20-inch alloy wheels, a matte-black front bumper and grille, tinted glass, and front and rear black Bow Tie badges.
Unlike most W/T models, which are fleet-standard refrigerator white, the Black Out is offered only in, you guessed it, black. The Black Out package is available on regular and double cab Silverado models as a $1,595 option package. As with most Silverado regular and double cabs, the 4.3L V-6 is standard, with the 5.3L V-8 a $1,095 option. 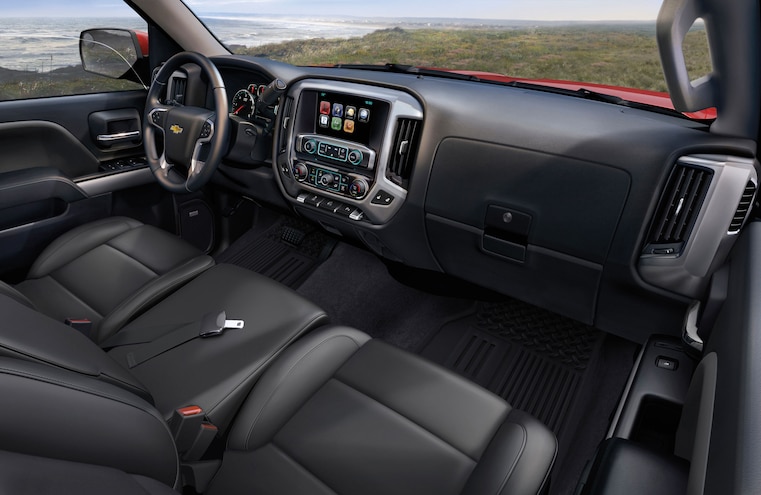 View Photo Gallery | 4 Photos
Photo 2/4   |   2015 Chevy Silverado Interior
Suggested retail price on a regular cab Black Out is $28,895, but we were able to configure a Black Out with the 5.3L V-8 for just $28,340, factoring in a seasonal $1,750 rebate. Even without the rebate, the total comes out to a reasonable $30,090. This adds the Black Out to other basic configurations like the Ram 1500 Tradesman with the 5.7L Hemi V-8, and the regular cab F-150 with the 5.0L V-8.
It also joins some other recent GM trim packages on the Silverado and Sierra, such as the Sierra Carbon and Elevation editions, as well as the Silverado Midnight and Rally editions. Unfortunately, none of these trucks feature the awesome LT1-based L86 6.2L V-8 with 420 hp and 460 lb-ft. But the 5.3L is a proven powerhouse that has abundant aftermarket support, even in the new direct-injected L83 variety, with headers, exhausts, intakes, superchargers, cam and valvetrain updates to get even more power out of GM’s latest small-block.

View Photo Gallery | 4 Photos
Photo 3/4   |   2015 Chevy Silverado
So no, the Silverado Black Out isn’t the second coming of the 454 SS, but when you consider it has 100 more hp than that early ’90s hot hauler, and is only 22 lb-ft short of its output, maybe it’s even better, all things considered. As much as we like the Black Out, we’re still waiting for a production version of the Silverado Cheyenne concept shown at the 2013 SEMA show, which was exactly what we’ve been asking for all along: a regular cab, shortbed Silverado 2WD with the 6.2L V-8. All of the components exist in the GM parts bins. It’s just a matter of putting them together. C’mon GM, it’s time for another proper sport truck. 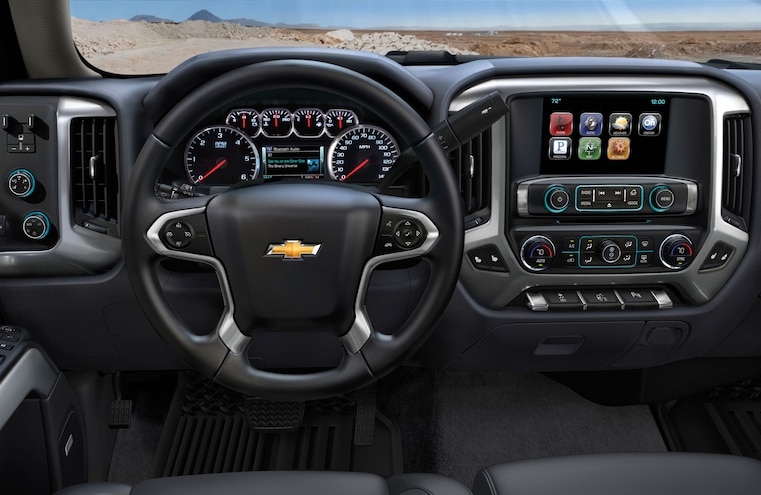