Beginning Our Year On- And Off-Road

The Ram Power Wagon impressed our staff and judges so much during our 2015 Pickup Truck of the Year test that we've invited it spend the next year as a part of our long-term test fleet. So far we've found the Power Wagon to be an exercise in excesses. There are no half-measures. Our test model arrived with the Laramie package, which gets you all the bells and whistles, from front power seats with integrated heat and A/C to the high-end sound system, leather, bright grille, and dual-zone HVAC. Take all that luxury and apply the Power Wagon package and you're talking excessively potent off-road performance, with a disconnecting front sway bar, front and rear electric lockers, additional ground clearance, Goodyear DuraTrac tires, a Warn 12,000-pound winch, and more. And the icing on the cake is Ram's quad-coil suspension that's (you guessed it) excessively smooth, whether on- or off-road, despite the 3/4-ton 2500 chassis. But it's also excessively large, excessively thirsty, and excessively excessive. So let's dive in. 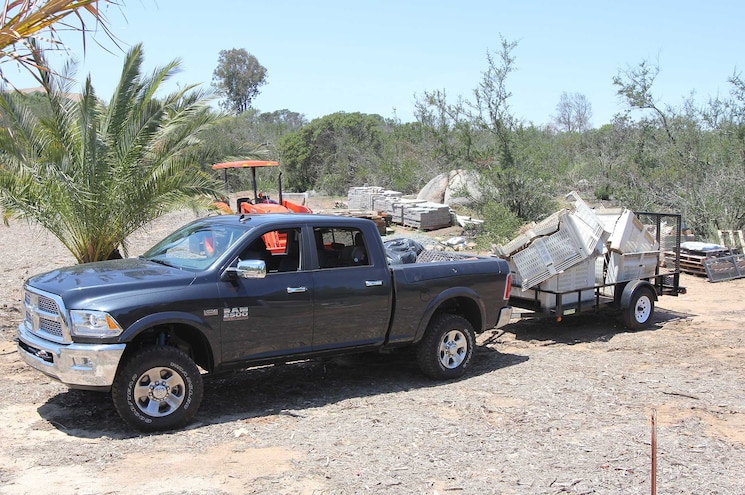 View Photo Gallery | 5 Photos
Photo 2/5   |   We lost no time in putting our '15 Ram Power Wagon to work. It's not the most impressive trailer in the world, but so far our Ram has made as many trips to the dump and builder's supply place as it has the grocery store. You gotta love having a pickup as a daily driver.
For starters, the 6.4L Hemi puts 410 hp and 429 lb-ft to the six-speed automatic. In the heavy Power Wagon, it feels just about adequate. It's no rocketship, but it's not a slug either. No matter what the grade or load, just put your foot down and the Power Wagon goes. It all comes at a heavy cost, though. Our biggest gripe with this truck is the abysmal fuel economy. With the aero of a brick, it's hard to get the mighty 6.4L to go into cylinder deactivation mode. The best we've been able to muster is 14.63 mpg on an easy, loping trip down the highway returning from Hollister Hills, California. Conversely, our worst tank was that same trip, going to and from our hotel and Hollister Hills SVRA, as well as piloting the Ram up, down, and all around the off-road park's trail system. That tank was a scary 7.92 mpg. We shudder to think what will happen when we put a heavy trailer behind it.
Inside, the cockpit is logically laid out. The navigation system is quite good and the touchscreen interface works nicely with no glitches or problems, although turning the nav off once a route is underway could be a little more intuitive. The Bluetooth, voice controls, music, and phone are all some of the best we've used in any vehicle. The Chrysler Uconnect system is pretty dialed, and we've always been fans of the steering-wheel-mounted controls for the cruise, phone, and stereo. And Ram finally did away with the old four-wheel-drive selector button that was right next to (and looked just like) the HVAC knobs. Although in the Power Wagon it's a moot point because it features a gool ol' manually operated lever you can yank and feel the T-case going into whatever gear you tell it to. And when you are off-roading, the sway bar disconnect switch and locker selection dial is right there at easy reach when you want it. We'll get some more off-roading and towing in by our next report. 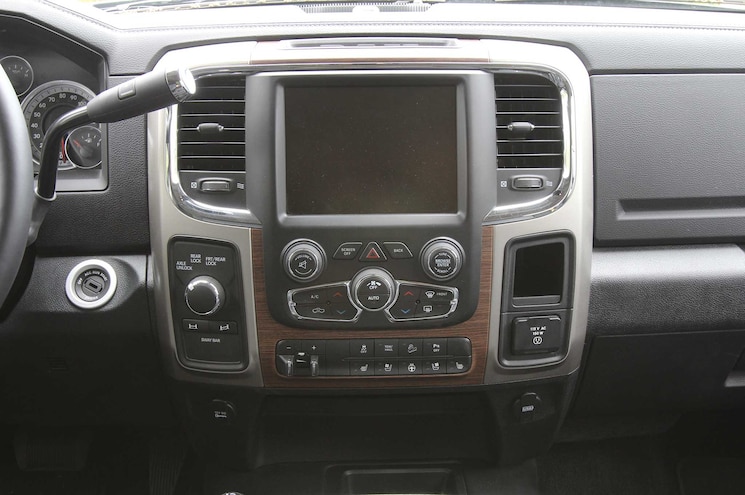 View Photo Gallery | 5 Photos
Photo 3/5   |   The controls are oriented nicely and ergonomically. The only thing we'd probably move is the Tow/Haul button. We've always felt it's a better fit on the end of the auto shift lever.
We plan on plenty of heavy towing, lots of hauling, and some heavy wheeling in the coming months, but for now we've been mostly limited to SoCal freeway commuting and around-town driving. The Ram Power Wagon is a big truck, and you sit up high above the masses. You can see a mile, which is a good thing since the brakes feel fairly spongy in a panic stop. We don't know if it's the heavy chassis or what, but our truck requires a pretty good run out when we're trying to haul it down from 70-0 mph. We've also found, despite the huge torque of the 6.4L, the transmission will downshift periodically to maintain 70-75 mph on the freeway with a slight grade. We'd think with 4.10s, only 33-inch tires, and 429 lb-ft on tap it'd pull Overdrive without an issue. In all, we're pretty excited to be in this vehicle for a full year. 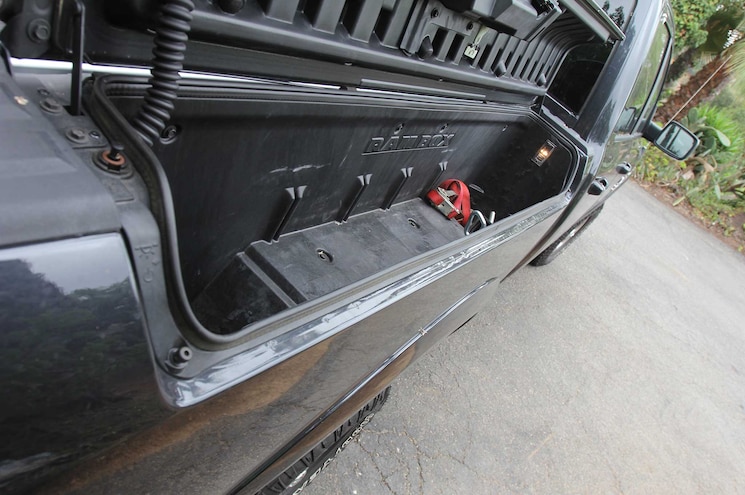 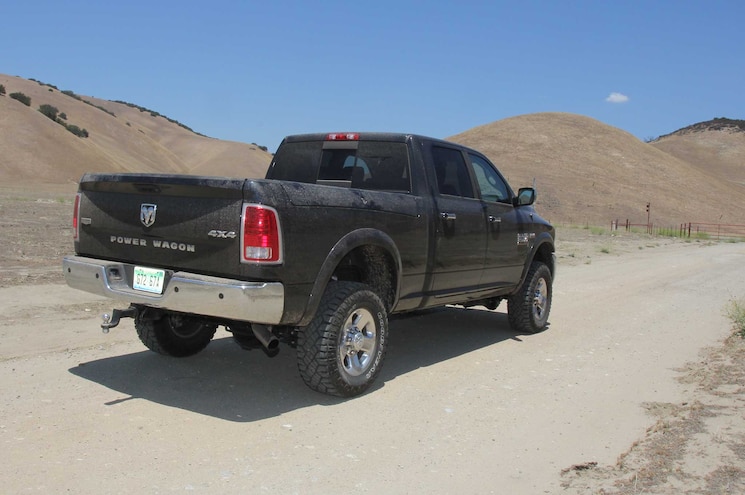 - OF
By Christian Hazel
62 Articles