Where Do Truckin Editors Come From? - The Eleventh Hour 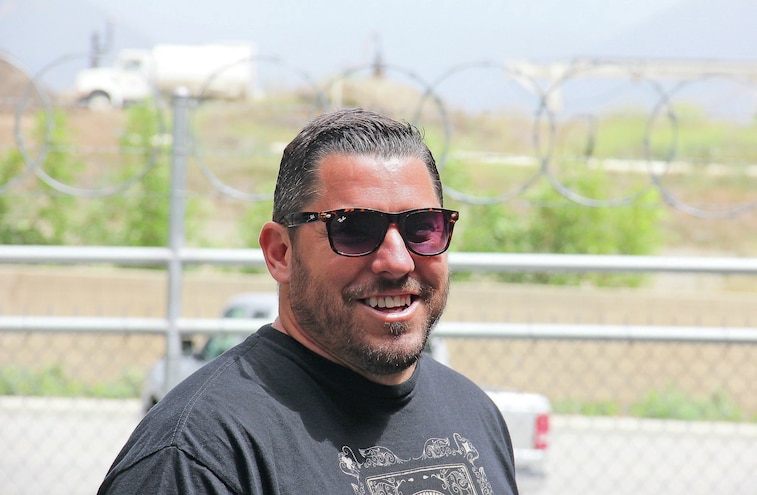 Just a few days ago I was chatting with Mr. Brian McCormick, a longtime editor here at Truckin magazine. We were talking about the old days, even though his old days are slightly older than mine, and I realized that I had not talked about my early days in a public forum for quite a while, so here goes nothin’. You should look up some of the names and places you see here if you’re younger or new to the scene. I never thought I’d be referring to stuff I associated with in the late ’80s/early ’90s as history, but with all the renewed interest in these early days, it’s quickly becoming just that.
Although I grew up in a family of drag racers and shop owners, toured with a vintage and muscle car club growing up (VCCA), and had many trucks and vans around throughout my upbringing, my foray into custom trucks, truck shows, and the magazine business as a whole was completely my own doing. In high school, I decided I just wasn’t into the muscle cars that my dad and uncles were (you have to rebel against your parents somehow, right?). All I cared about were custom trucks and Volkswagens, which sort of went hand in hand in those days, believe it or not. Along with Truckin and Mini Truckin, I also read VW Trends and Hot VWs religiously. I pretty much took what Rich Kimball, Dan Leadbetter, and RK Smith (an original editor for Truckin, FYI) as the gospel. I was hooked on the scene and had two ’65 Bugs by time I turned 16.
A bunch of my friends had VWs and minis, too. My buddy Andrew had an older brother named Farmer Ted (because every mini-trucker has a nickname!), and Ted Smith was a member of Fleetwood Truckers. Ted worked at a place called Fine Line Glass Tinting in Buena Park, California. But this was no ordinary tint shop. This place was right smack dab in the middle of a custom truck and VW mecca and those guys from the clubs made up much of the clientele. Angelo’s Burgers, Johnny’s Speed & Chrome, and the ultimate stereo shop made nationally famous by a news segment called Boom Trucks (look it up on YouTube—pure awesomeness) called Audio Chamber were all just a mile or two from Fine Line. All these guys, along with many other shops and clubs in Orange County and all of SoCal, were building some of the coolest stuff in the country and raising the bar every day, and the guys from the magazines were there documenting it and sending it out to the world. It was just like Craig Stecyk and the Dogtown Skaters in the ’70s, only with mini-trucks and slammed VWs!
But back to the young kid who was just happy to be around it all. Thanks to Farmer Ted, I began to do two things: hang out at the tint shop, and join the after-school upholstery and customizing class from my school district. Like the tint shop, this was no ordinary ROP class. This was the class taught by an old customizer named Jim Lindsay, and the world-famous Pete Engel was a former student. Although my fancy certificate says otherwise, I never got that good, but for almost two years I took what I saw come through the shop and tried to copy it on the door panels and headliners of my friends’ rides. I think every mini-truck and VW at my school had my door panels on it! By the time my high school days were coming to an end, I had traded one of my Bugs for a ’71 Blazer, and although I didn’t quit VWs for a few more years, my life as a truck guy had officially begun.
To be continued ...
Keep on Truckin’
-JC
We want to hear from you! Please send any questions, comments, or concerns to editor@truckin.com.
By Jeremy Cook
271 Articles