Was It A Diesel? 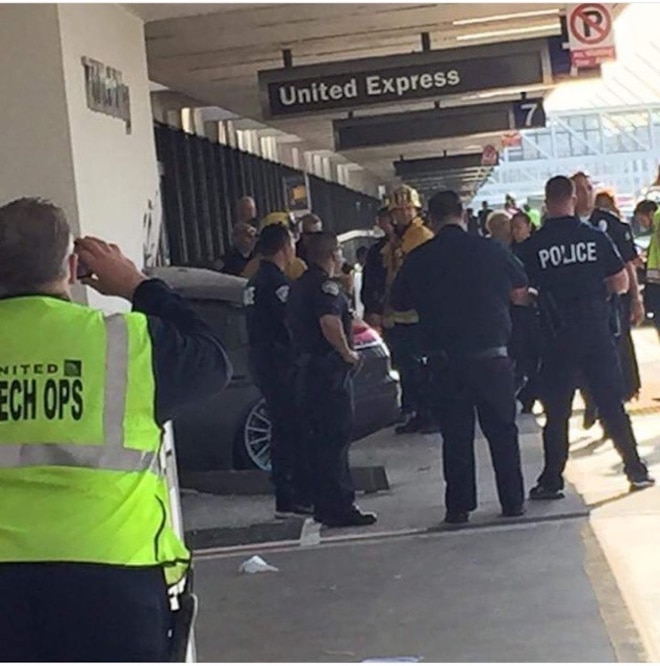 This commentary was inspired by an incident that happened on the afternoon of May 31, 2015, at Los Angeles International Airport’s Terminal 7, an area I’m pretty familiar with, thanks to the extensive amount of traveling I do for work each year.
As a habit, I always try and stay on point when I’m on the airport property. The activity at both the Departures and Arrivals area at any terminal is typically pretty chaotic, mainly due to the usually high volume of slow-speed traffic, and the fairly stout array of large vehicles—coach-style buses and limousines—that have to navigate through it.
I’m pretty sure the airport police department must handle a hearty amount of fender-bender calls each year, as the U-shaped drop-off/pick-up layout is the kind of location that’s simply a magnet for such accidents.
Unfortunately, the May 31 accident was a lot worse than just some wrinkled body panels. For whatever reason, a brand-new Porsche Panamera, driven by a 67-year-old gentleman, zoomed out of control, burst through a wall and steel beams, and became buried three-quarters of the way into the Terminal 7 ticketing/departure area. I can only imagine how horrific it must have been to actually see it happen, and what’s really disturbing is that a 9-year-old girl was very seriously injured when the out-of-control Porsche struck her before it hit the building. 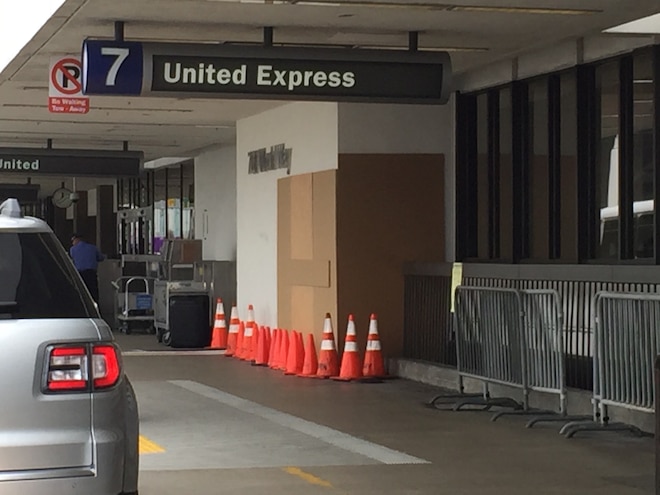 View Photo Gallery | 3 Photos
Photo 2/3   |   A trip shortly after the May 31, 2015 accident at Terminal 7 gave me an opportunity to see its aftermath in person. While most of the structure is boarded up and already in repair, the thought of any vehicle having enough force to cause this type of destruction is amazing!
How “diesel” ties into this stems from my honest knee-jerk reaction when I heard the radio report about a Porsche Panamera crashing into a terminal at LAX: “I wonder if it was a diesel Panamera?!” I know, I know, oil-burning versions of Porsche’s luxury/sport sedan aren’t sold in the U.S., and it probably sounds pretty psycho for a person to “go there” as a first thought about something so awful, but that’s truly where my mind went. Immediately, I found myself trying to imagine and calculate how a 4,310-pound car, with a 3.0L V-6 engine that has 479 lb-ft of torque, could accelerate from what had to be near-zero mph and create such mayhem in split seconds of time? Blame it on my job, I guess. See what working with diesels is doing to me?
I never could confirm whether the Porsche was diesel powered or not. However, my other, “more important” thought about this incident is about the age of the driver—67—and the speculation that he may have mistaken the throttle pedal for the brake. While it’s unknown whether he did or didn’t, it all makes me wonder should states’ departments of transportation or motor vehicles start requiring older drivers to “retest” at age 60 (or maybe retirement age of 65), and then every two years thereafter (similar to California’s every-two-year mandate for vehicle emissions inspections)? By retest, I mean making senior-citizen motorists take and pass written (or oral) and behind-the-wheel exams (written and eye tests are already required for drivers age 70 and older in the Golden State).

View Photo Gallery | 3 Photos
Photo 3/3   |   Porsche Panamera Crashed Into Airport
With all due respect to what may be many years of driving experience, mental and physical sharpness are also critical elements of safely operating a motor vehicle. I’m sure there are a lot of us who jockey 7,000- to 10,000-pound diesel-powered trucks…regularly…and some in this group could be in the age range I’m talking about (believe it or not, I’m closing in on it). Could you imagine how much worse the accident at the airport would have been if the gentleman had been driving an oil-burning dualie, instead of a Panamera?
Don’t get me wrong, the driver could have been as sharp as a tack and fit as a fiddle. And, while Porsche probably doesn’t want to hear this, it very well may have been the “car’s fault.” However, (possibly) confusing throttle with brake and losing total control of the car makes me think he wasn’t, simply based on the amount of damage that resulted from the mistake. Of course, all bets are off if investigations and facts prove the incident was spurred by a medical problem or something of that nature. But, even if they do dispel the popular thought, I really think drivers should be reevaluated by having to take vehicle-operators’ tests when they reach a certain age. I know I’ll be the first in line when my time comes.