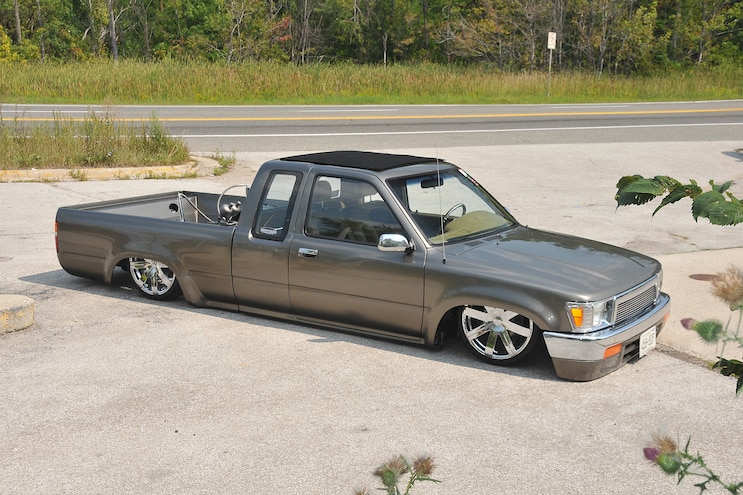 Have you ever seen a Unicorn? The term is often used to refer to something that is almost never achievable, a mythical something you will never see. Proof that unicorns can be seen is offered by 42-year-old James Day of Mississauga, Ontario, Canada. Take a look at his custom 1989 Toyota pickup. As a kid, he would see custom trucks around his British Colombia neighborhood and began to become obsessed with them. In the summer of ’88, he purchased his first Mini Truckin’ Magazine and was captivated immediately. He became involved in the truck scene and crossed the border into the States, and was able to see the custom truck scene in a new way. 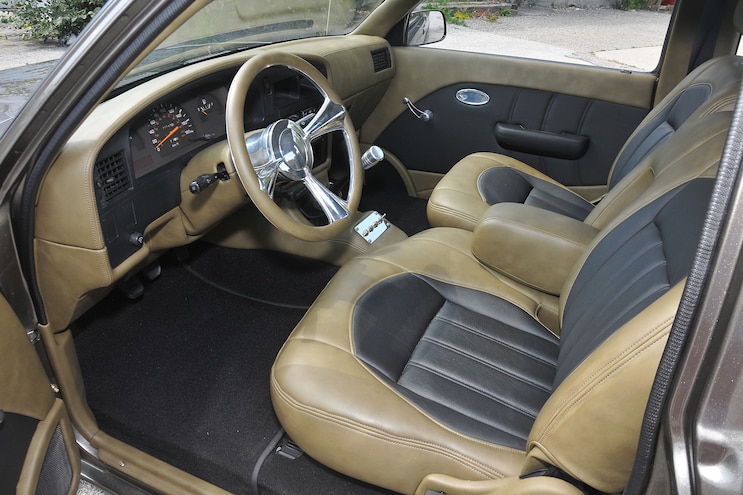 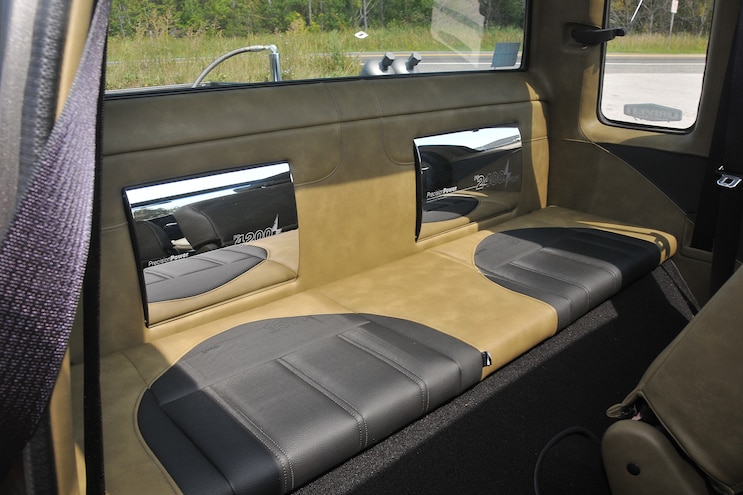 View Photo Gallery | 7 Photos
Photo 3/7   |   06 1989 Toyota Hilux Rear Bench
After falling in love with the body style, Day found a mint ’89 Toyota from a local auto trader and bought it after some smart negotiating. Before even making the new pickup street legal, Day and friend Sean Maloney brought it to a friend’s stereo shop and installed an air-bag suspension. Day took it to numerous shows. Then in ’99, the Toyota was taken off the road and the given the moniker The Unicorn. Day decided to revamp everything from the frame up, although his wallet might have been screaming about the overhaul. 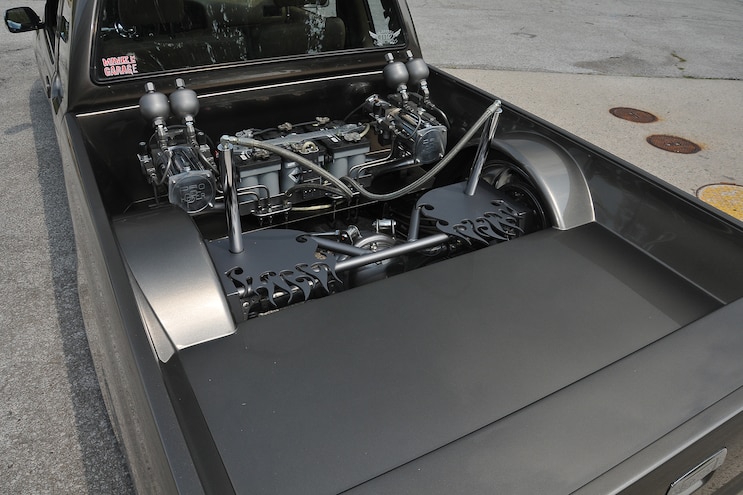 View Photo Gallery | 7 Photos
Photo 4/7   |   03 1989 Toyota Hilux Bed Suspension Drop
During the next six years, Day and his friend Maloney built many of their friend’s trucks to raise funds to further work on The Unicorn. Throughout the process, Day became a licensed mechanic and opened his own garage, increasing his financial flow. He removed the air suspension and installed a hydraulic setup to create a quicker lift and drop. The Unicorn got sheet-metal work and a custom ragtop at the same time. Day enlisted Trevor Bezzina and his crew at Casual Customs to replace the bed, skins, tailgate, fenders, and hood and have everything stripped to bare metal and refinished. 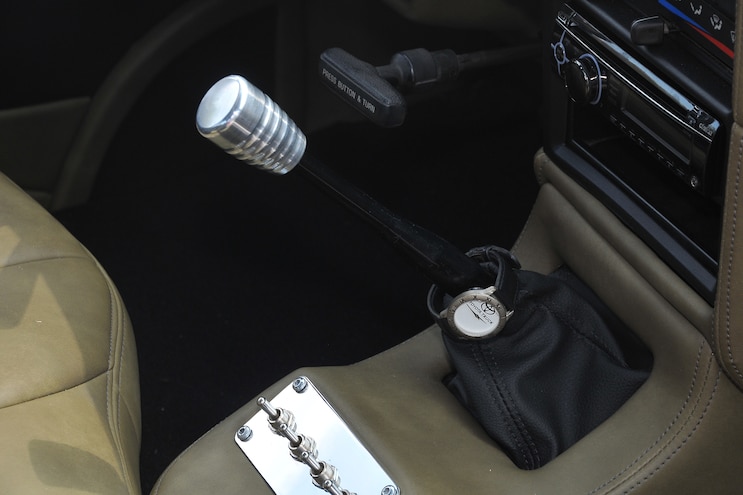 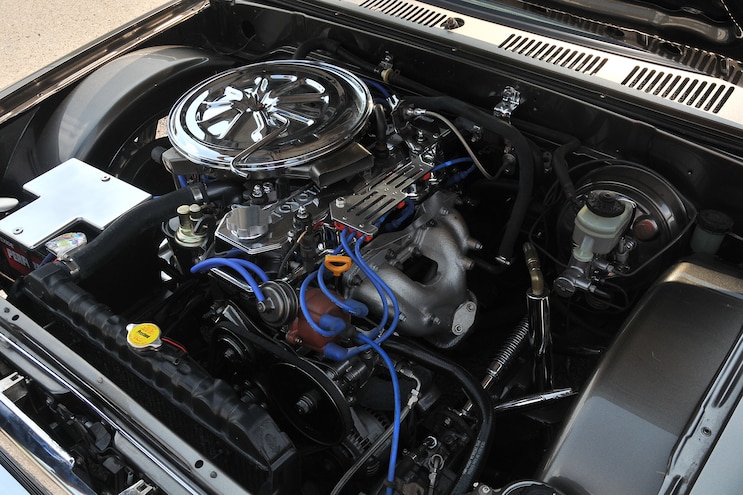 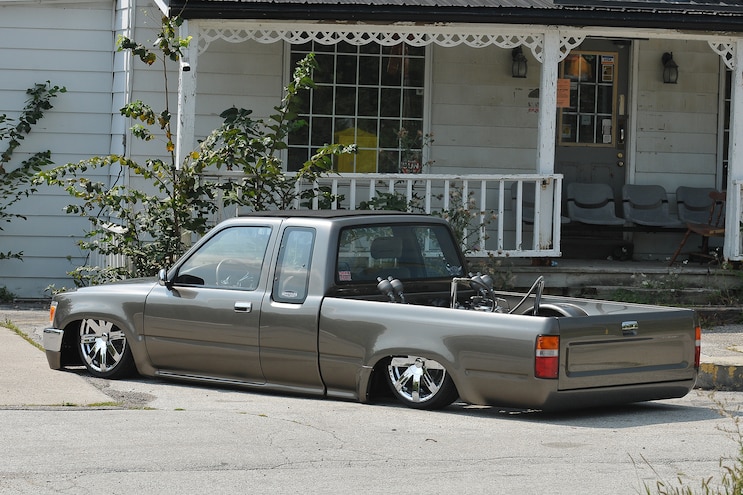