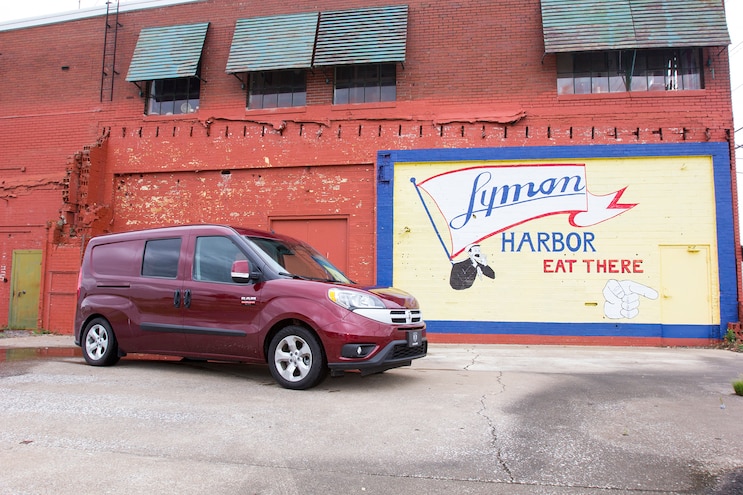 As you’ve probably noticed there’s been a shift in the delivery van world in the past few years. Manufacturers have switched from their tired old models to new, European-style vans. It started in the fullsize van segment with the Ford Transit and Ram ProMaster (the Sprinter has been around for several years now and is something of a niche product). Next came the revitalization of the smaller Class 1 van segment with the introduction of the Ford Transit Connect, Nissan NV200, and now, the Ram ProMaster City.
Ram entered the segment running, bringing over an Americanized version of Fiat’s Doblo, which has been in service in Europe in its current configuration (second generation) since ’09. Both the Doblo and ProMaster City are built in the same factory in Bursa, Turkey. Ram boasts such accolades as best-in-class payload, cargo capacity, horsepower, and torque. While it seems like we’ve been talking about the ProMaster City for a long time (First Look Jan/Feb 2015 and First Drive May/June 2015), they have finally began to arrive in mass quantity, so it was time to get our butts behind the wheel for an extended amount of time to see what this little guy can really do. 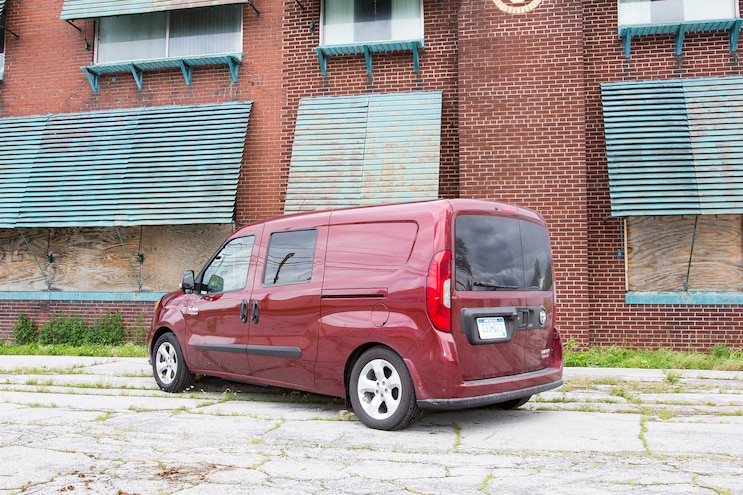 View Photo Gallery | 9 Photos
Photo 2/9   |   003 2015 Ram Promaster City Rear
While we were hoping for a Tradesman Cargo Van, what was delivered was a Wagon SLT instead. This turned out to be ok because it gave us a chance to essentially test both versions; the only down side was we needed to cover the carpet before loading it down with cement, but more on that later. Our test took us to two very different environments—around the crowded streets of metropolitan Detroit and then out into the open countryside of northern Ohio, both places you would be likely find a ProMaster City doing work.
Our testing began unloaded. Having independent front and rear suspension, as opposed to the solid-beam axle rear of the competition, provides a comfortable ride on even the most pothole-filled highways. Under the hood, the ProMaster City packs a 2.4L Tigershark Multiair 2 four-cylinder engine, which is mated to a nine-speed automatic transmission. The engine cranks out 178 hp and 174 lb-ft of torque. Cruising and passing are done with confidence, as the van remains stable at speed. With a wide ratio spread, the nine-speed automatic gets the ProMaster City up to speed quickly, and then settles in for an efficient cruise. Our typical gripes with the nine-speed remain, as it’s slow to downshift and upshifts have a bit of a CVT-like lag. 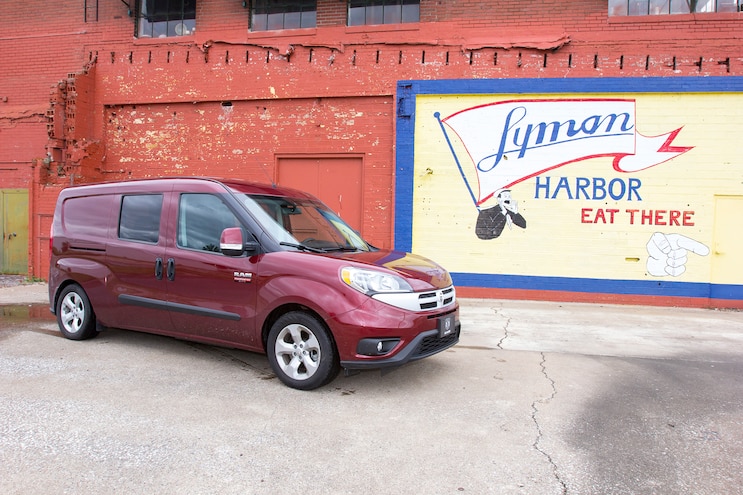 View Photo Gallery | 9 Photos
Photo 3/9   |   002 2015 Ram Promaster City Front
Noise levels are low enough to hold a decent conversation without yelling, though we suspect the Cargo Van is a bit louder once you lose the rear seats and carpet. We became increasingly frustrated with the TomTom navigation unit and wondered why the van didn’t receive the universally well-loved 5-inch Uconnect system. Seating ergonomics are quite European and require a bit of getting used to. Once settled, though, it’s a very comfortable ride and we noticed very little driver fatigue after many hours at the wheel.
Unloaded performance is great, but for a van built for work, we wanted to know how it would do loaded down to the max. Payload for the Cargo Van is best in class at 1,883 pounds. Our Wagon tester, with the added weight of a rear seat and carpet, checks in with a max payload capacity of 1,700 pounds. To test this, we loaded it down with 21 80-pound bags of concrete (1,680 pounds) and a 20-pound camera bag to max out the payload capacity. Showing a definite sag in the rear suspension, the little van handled the load without breaking a sweat. Back on the road, acceleration was noticeably slower but still entirely reasonable. Freeway merging wasn’t scary, and we were even able to pass slower traffic. The transmission really came into its own with the added weight, and shifting was now solid and predictable.
When fully loaded, we noticed that the van’s steering feel became light and directional stability suffered slightly. We presume that with the load more centered within a Cargo Van variant, these would both be minimized. Braking capability also took a significant hit, though driving with a bit of common sense minimizes any issues that might arise. 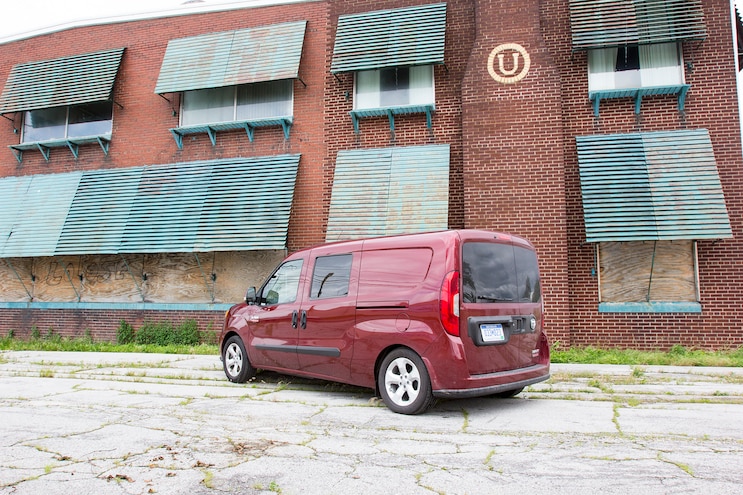 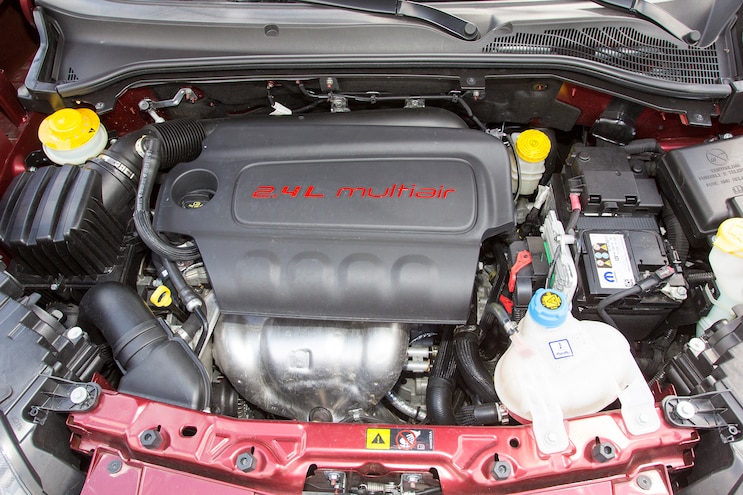 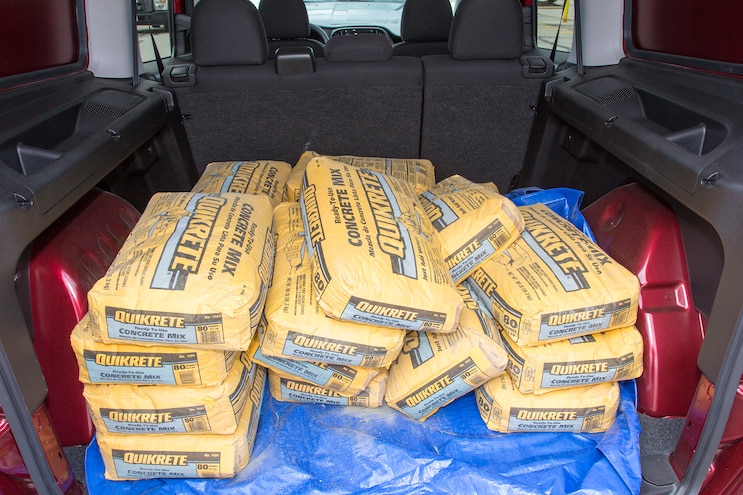 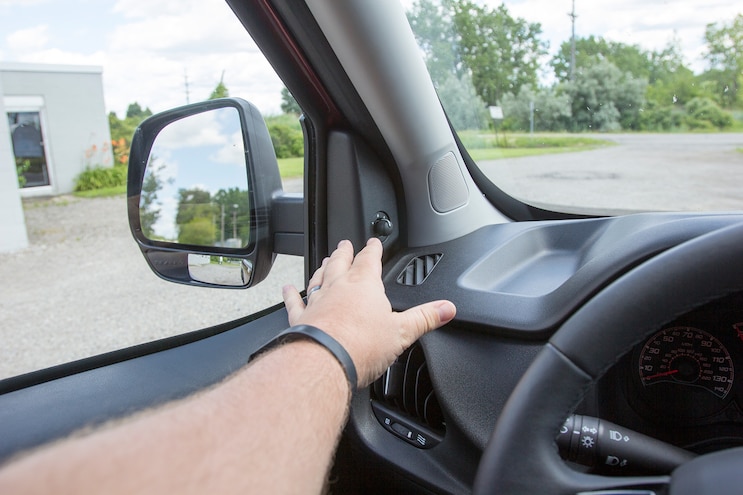 View Photo Gallery | 9 Photos
Photo 7/9   |   007 2015 Ram Promaster City Mirror Adjustor
Our biggest complaint, aside from the wonky navigation system, was the positioning of the mirror adjustment knob. When properly seated, the knob was out of our reach. This meant we needed to lean forward to adjust the mirrors. See the problem? 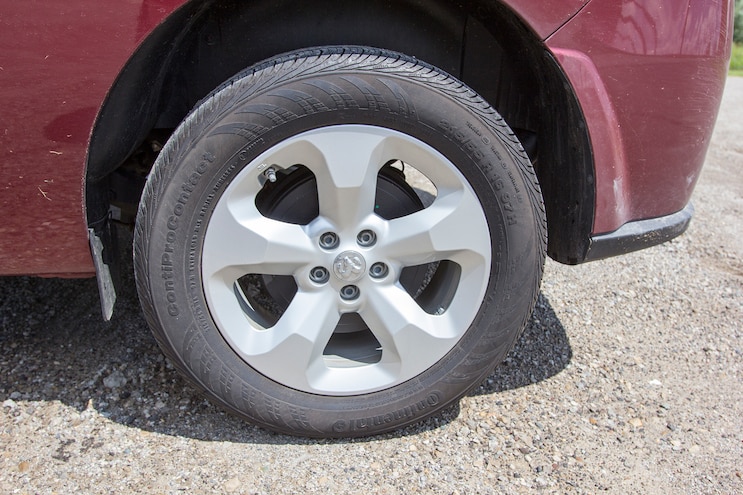 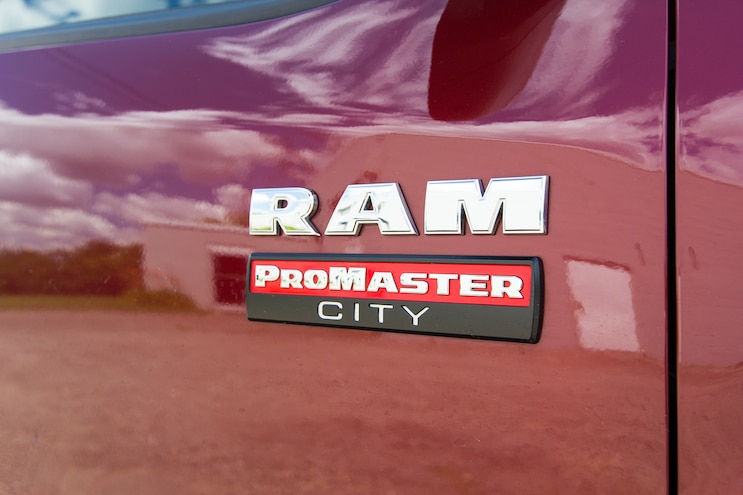