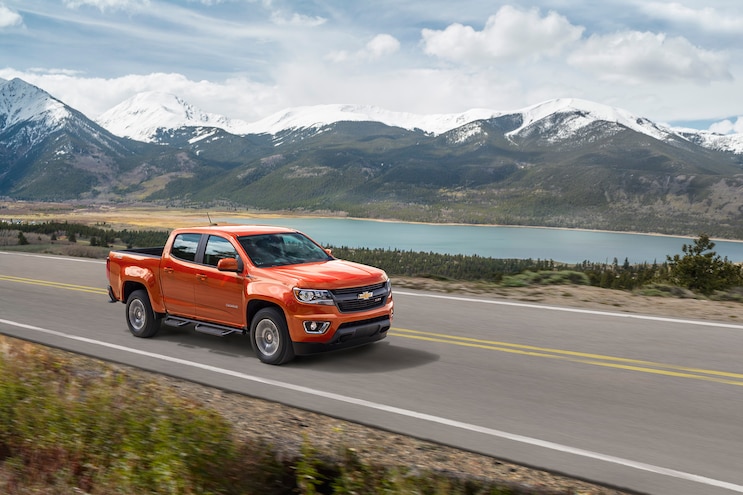 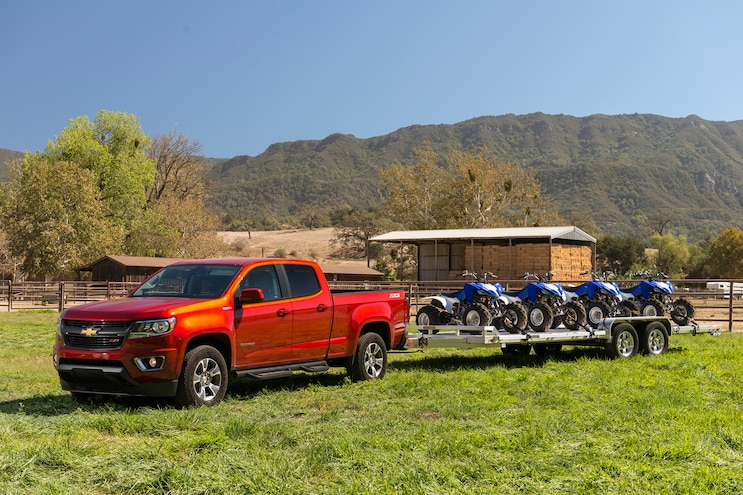 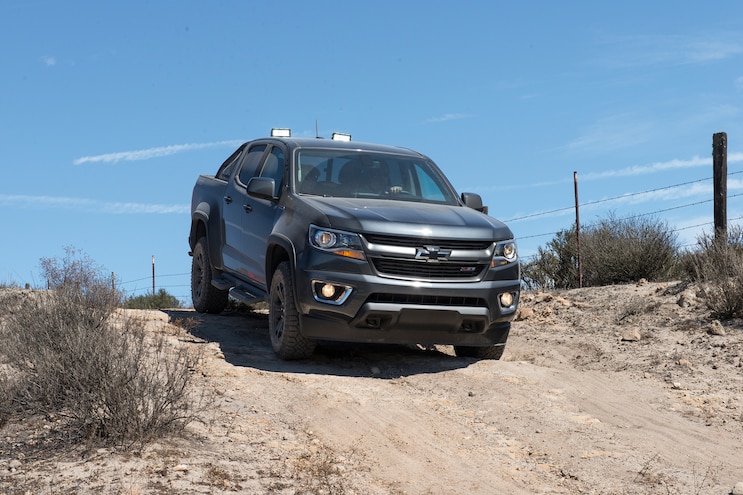 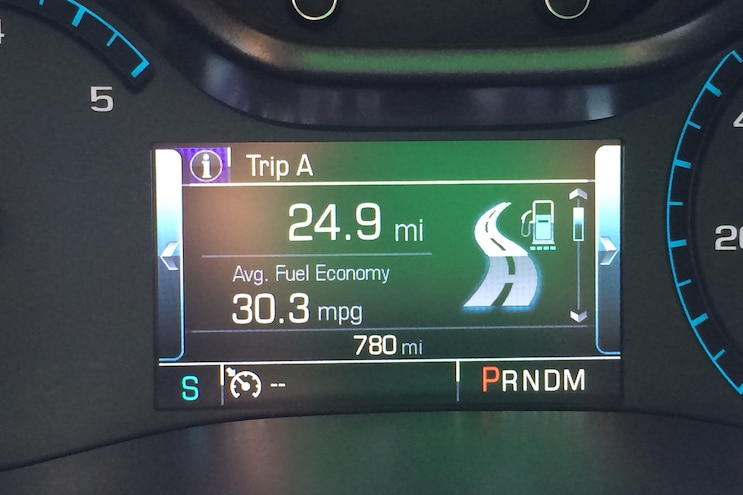 View Photo Gallery | 23 Photos
Photo 4/23   |   003 2016 Chevrolet Colorad 2 8L Duramax Diesel 30 Mpg Average Trip Computer Display
During our first drive we managed to rack up 30.3 mpg in mixed driving conditions during almost 25 miles on backroads, in town, and on a hilly section of Highway 101. At one point during our light-throttle voyage, we achieved 33.1 mpg according to the trip computer. It will be interesting to see what the official EPA fuel economy ratings will be, and how this engine performs once it’s fully broken in. 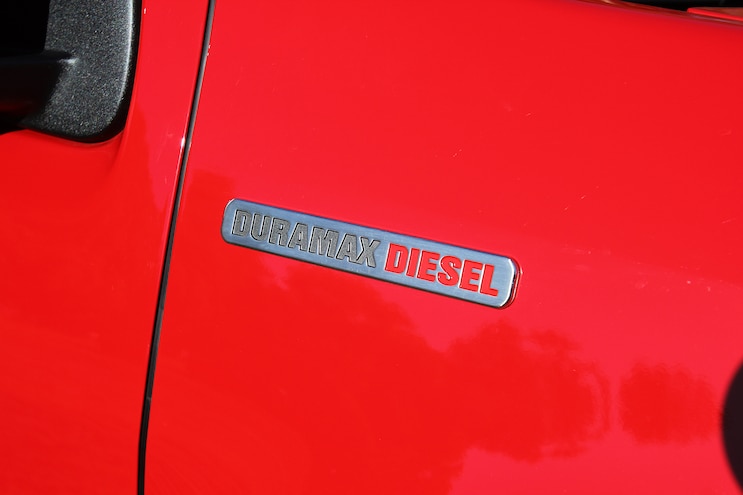 View Photo Gallery | 23 Photos
Photo 5/23   |   004 2016 Chevrolet Colorado Duramax Diesel Badge
The four-cylinder 2.8L Duramax LWN engine has an aluminum head that’s secured to a cast-iron block with 10 bolts. It produces 181 hp at 3,400 rpm and 369 lb-ft of torque at 2,000 rpm using a single variable-geometry turbocharger and a high-pressure common-rail fuel system. It features a heavy-duty crankshaft and piston rods along with a partially aluminum oil pan, a unique intake manifold, and a balance shaft assembly. In addition to the added emissions equipment needed to fully meet U.S. standards (a cooled EGR with a bypass valve, a diesel oxidation catalyst, a diesel exhaust fluid injection system, and a diesel particulate filter—but no muffler), the engine went through more than four years of development to meet the noise, vibration, and performance needs of North American customers. Metal parts replace plastic units for the oil pan and timing belt cover, and there are copious amounts of sound insulation on top of the engine to reduce noise. There is also a centrifugal pendulum vibration absorber (not shown) in the torque converter of the 6L50 six-speed automatic transmission, which does a good job of isolating unwanted shudders from the passenger cabin. 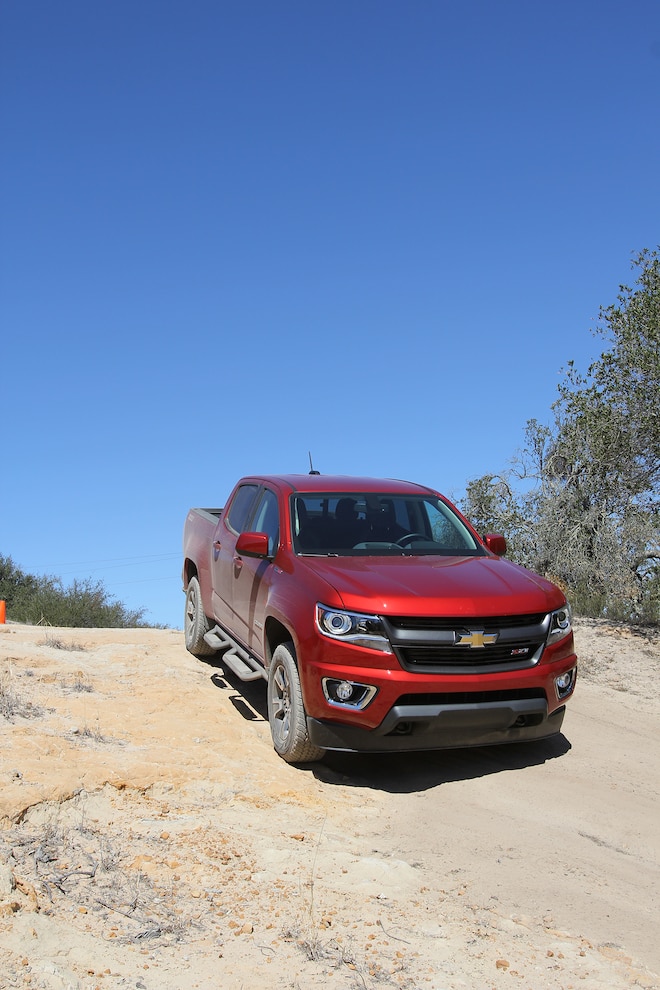 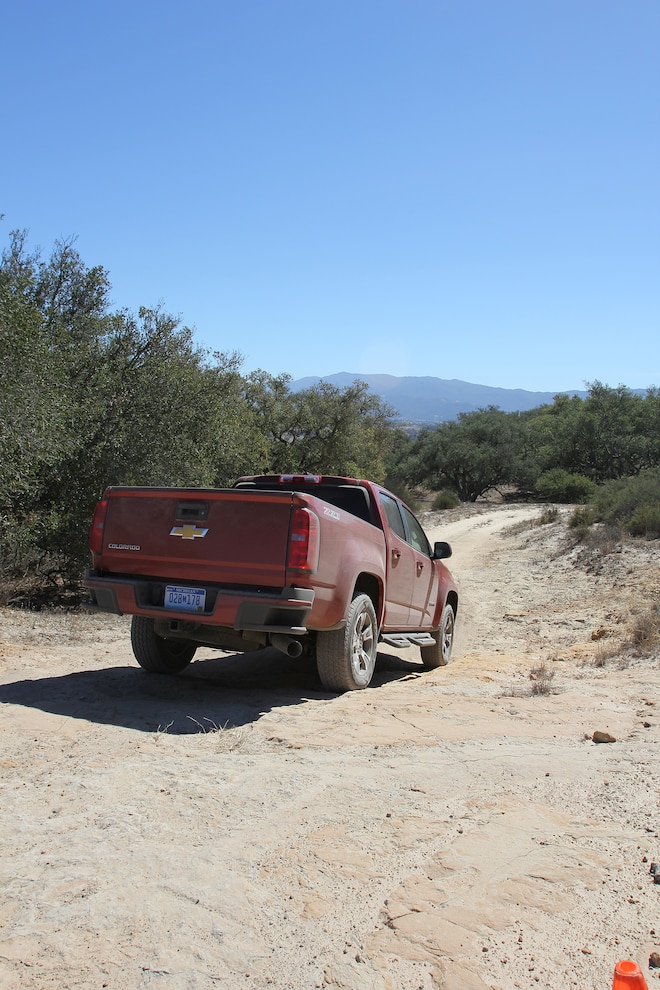 View Photo Gallery | 23 Photos
Photo 21/23   |   020 2016 Chevrolet Colorado Duramax Diesel Z71 4x4 Off Road Hill Descent Control Rear View
We had a blast driving a four-wheel-drive Z71 Colorado diesel in the hills on a ranch near Solvang, California. The barely noticeable turbo lag and 369 lb-ft of torque that’s available by 2,000 rpm provide a great driving experience when the truck is climbing or slogging through loose dirt, and the Chevy never seemed overwhelmed by the steep terrain. Plus, we averaged a respectable 15.7 mpg (with the air conditioning on full blast) during our off-road voyage. 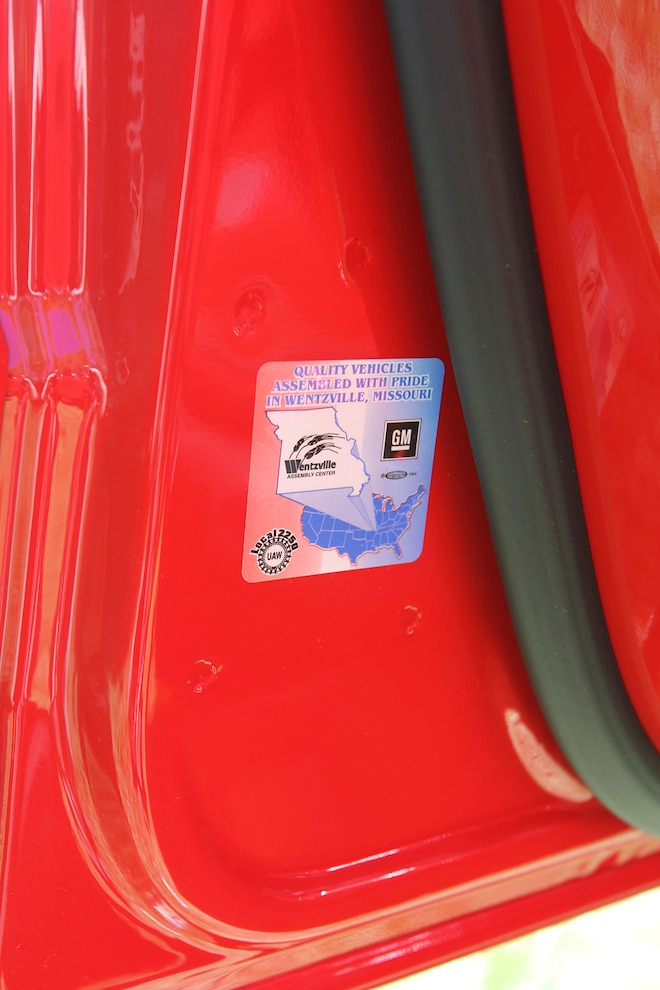 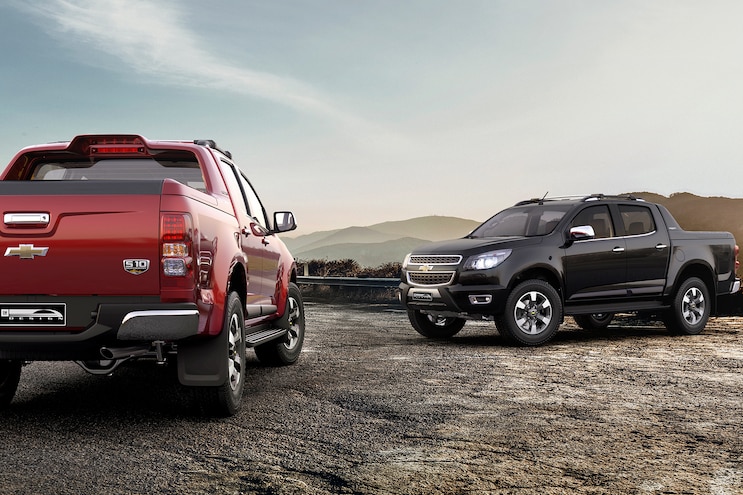