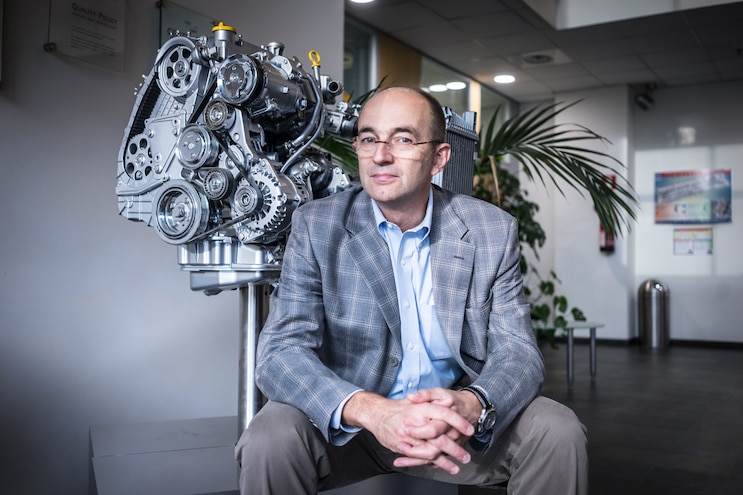 Nicola Menarini has loved cars and motorcycles almost since his birth in Bologna, Italy, in 1962. He was drawing cars with descriptions of their technical features at eight years old, and by 13, he was taking apart and reassembling engines. He has especially coveted oh-so-Italian Alfa Romeos and has always wanted an Alfa Spider sports car. When he got his driver's license at age 19, his first car was an Alfa Romeo, though a much more practical and affordable Alfasud wagon, not a Duetto roadster. At 23, he bought a VW Golf turbodiesel, fell in love with its fuel efficiency and torque, and has driven nothing but diesels ever since. Menarini earned a mechanical engineering degree from the University of Bologna in 1986, served two years as an Italian Navy Coast Guard officer, and then went to work as a calibration engineer and exhaust emissions specialist for Italian diesel engine maker VM Motori. Married in 1995, he has two grown children. His career at VM Motori included international partnership assignments with Mercedes-Benz, BMW, Land Rover, Ford, Chrysler, Jeep, Alfa Romeo, Hyundai, and GM, to name a few. He worked on a project with Detroit Diesel in Detroit in 1997 and then returned to VM in 2000 as its engine design director. When GM bought into VM Motori in 2008, he transferred to GM Powertrain Europe in Torino, Italy, and assumed his current responsibility as global program manager and chief engineer for the GM Duramax 2.8L diesel four-cylinder engine—newly available in U.S. Chevrolet Colorado and GMC Canyon pickups—in 2010. 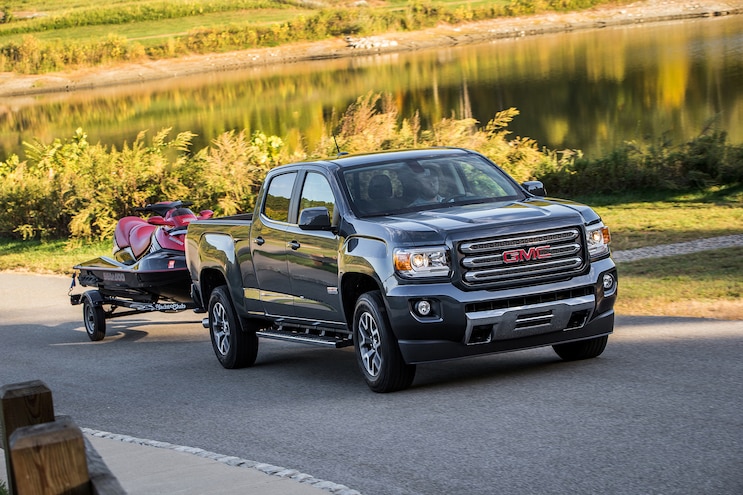 View Photo Gallery | 5 Photos
Photo 2/5   |   2016 GMC Canyon All Terrain Diesel 001
Truck Trend: Were you involved in this engine's initial design?
Nicola Menarini: I was not there at its inception, but I knew it was coming through the collaboration with VM Motori and General Motors, and I was excited about it. GM was using someone else's engine in Chevrolet trucks in South America and Asia but wanted its own engine for those markets. It started production in late-summer 2011.
TT: What were its design priorities?
NM: Primarily fuel efficiency, durability and torque—more than power. Those vehicles need torque because they are often heavily loaded. 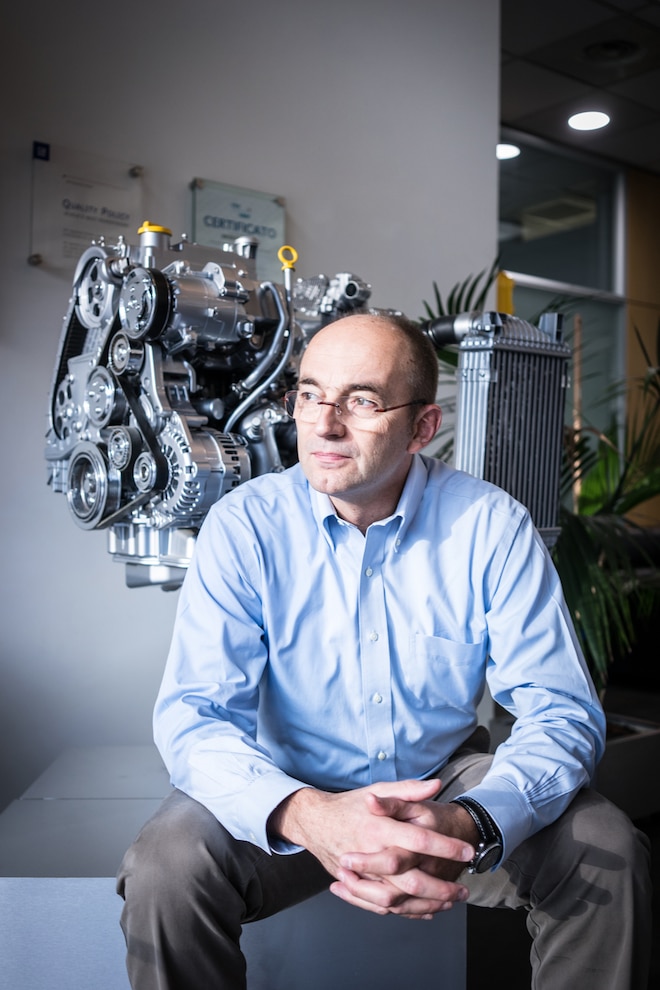 View Photo Gallery | 5 Photos
Photo 3/5   |   GM Canyon Colorado Duramax Turbodiesel Nicola Menarini 005
TT: What were your team's toughest challenges?
NM: The complexity of the program was difficult. We had to build it in Thailand and Brazil, and we needed local content, so we had to develop supplier partners in those areas. That was difficult because there was no GM diesel engine production in Brazil and no GM engine production at all in Thailand. But I think we have achieved a very solid work situation around this engine. Meeting all the different emissions requirements around the world was most difficult for the engine. The Brazil emissions requirement was challenging, but U.S. requirements are the most difficult to achieve. The strategy we applied was to continuously improve the base engine's emissions even before bringing it to the U.S., which enabled us to comply anywhere else in the world. Then, for the U.S., we have had to incorporate a very sophisticated and expensive exhaust aftertreatment system—designed and developed by GM—to meet those very stringent emissions limits with very good robustness. We needed to be compliant with a huge margin over the limits to ensure long-lasting emissions performance.
TT: In making it so clean, has the U.S. version lost any performance?
NM: We have tuned it slightly differently and reduced its peak power a little bit compared to the global version, partially for emissions but also to give U.S. customers the best low-end torque performance. U.S. customers typically load and tow with these vehicles, so they need them to react promptly to acceleration. 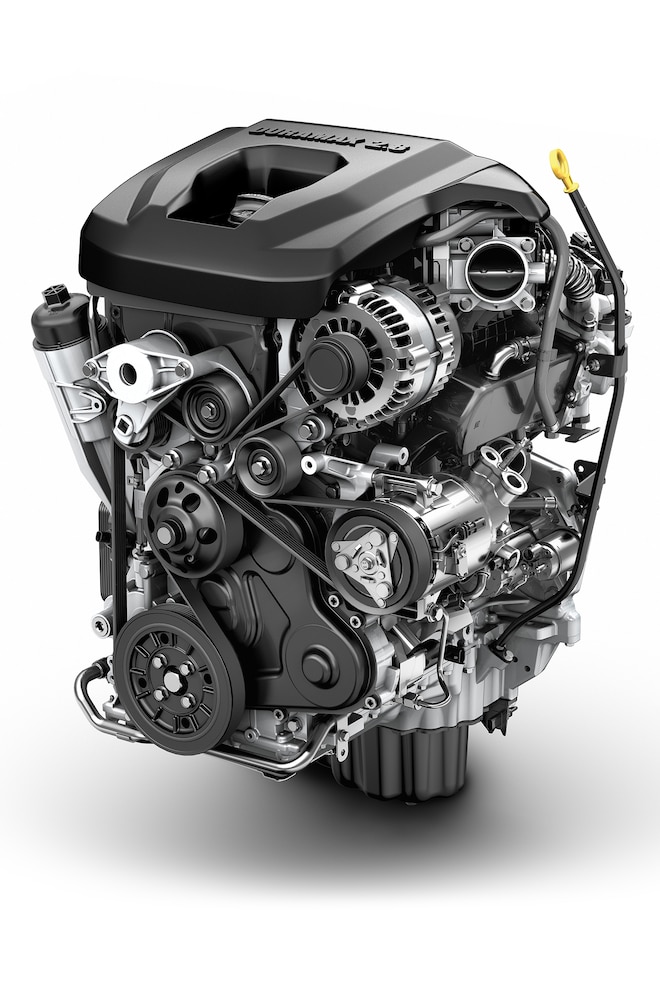 View Photo Gallery | 5 Photos
Photo 4/5   |   2016 GM Canyon Coloardo Duramax Turbodiesel 002
TT: What is your leadership philosophy?
NM: To create a great family. I think the team organized around this engine—people from all around the world—need to behave as a big family. We must be friends more than employees, and my role is to push in the best possible way. The model we have is to smile at work, and we will go through difficulties in a much better way. It is very difficult because portions of the team are here in Italy, in the U.S., in Brazil and in Thailand, all in different time zones. [To communicate], our people in the U.S. have to wake up very early, while people in Asia have to stay up very late, and for us, it makes for a sleepy bunch. We expend a lot of effort to be together as much as possible, and the team understands that the hours often are difficult and require sacrificing their social lives a little bit. The difficulty is working at 120 percent of ourselves, and it is important for me to give a good example as a leader so that people recognize that I am working 120 percent.
TT: Do you sleep much, or get much time off?
NM: I'm working almost around the clock, but I'm pretty happy about it. It is working hard with no pain, because our challenge has been to bring an excellent product to the U.S. We are lucky to work at GM and very convinced that the work we are doing is a good step forward. It is a little difficult because my family is in Bologna, so I commute 350 km to Torino every Monday morning by high-speed train and come back Friday night. 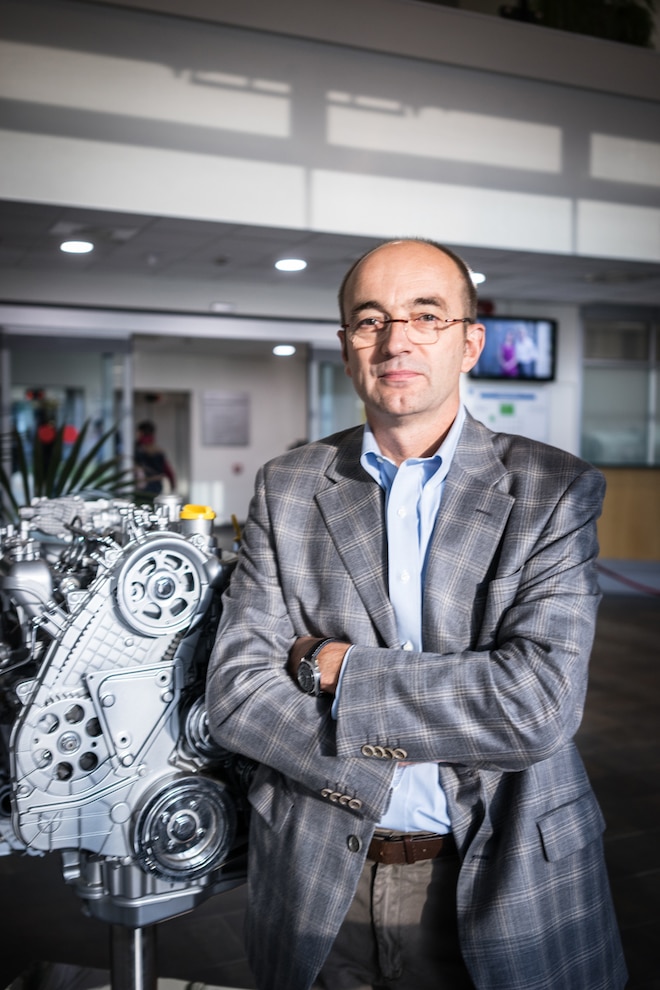 View Photo Gallery | 5 Photos
Photo 5/5   |   GM Canyon Colorado Duramax Turbodiesel Nicola Menarini 003
TT: Do you expect this engine to succeed as well in the U.S. as it has elsewhere in the world?
NM: The market will tell us, but I expect it to be very successful in the U.S. The performance and fuel economy of the diesel will play on our side, especially compared to the gasoline four-cylinder. But one concern is that the cost of diesel fuel in the U.S. is going up and down like crazy. I would like to add that we are a proud part of the GM Powertrain organization and very much growing the development center here in Torino, where nearly 650 people are dedicated to diesel engine development. We are leading GM diesel engine development, and more and more of it is being concentrated here.