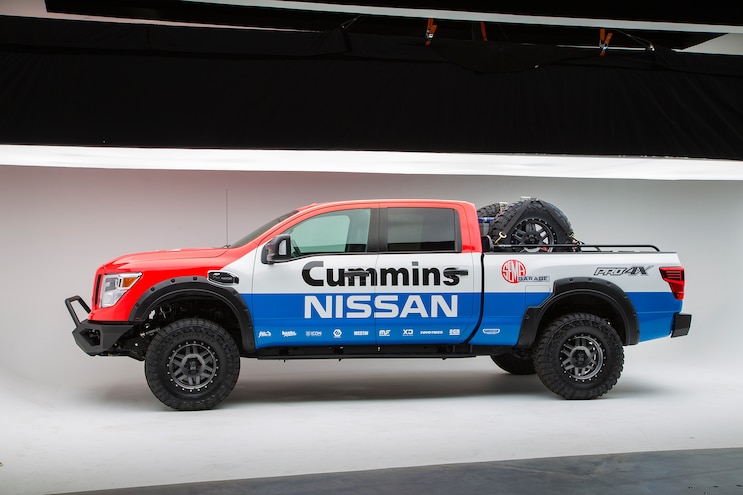 Every November, the Specialty Equipment Market Association (SEMA) puts on a huge show at the Las Vegas Convention Center, at which automotive parts and accessories manufacturers show off their latest and greatest creations. For one week, the annual SEMA show becomes the epicenter for everything the aftermarket has to offer, and on display are tons of products you can use to upgrade and improve your diesel project. Along with the parts, there are wild trucks and other custom creations designed to grab your attention with huge, shiny wheels; body modifications; and skyscraping suspension lifts.
The show is officially closed to the public, but there are always rumors about folks who get in with badges meant for someone working in the automotive aftermarket industry. I suspect I’m responsible for at least one person getting in under the radar. The lanyard on my media badge broke during the first day, and even though I figured out it was missing in less than 5 minutes and retraced my steps, it was nowhere to be found. You’re welcome, whoever you are! Even with the attendance restrictions, this year’s show was swamped with people and was the most impressive SEMA show I’ve ever attended. Huge ¾- and 1-ton trucks were everywhere you looked. I even got to see Captain America’s diesel-powered Jeep and a rat rod ’47 Willys with a 12-valve Cummins and a turbo that couldn’t be contained by its hood.
The New Products section of the convention center was packed with upgrades for diesel engines, along with parts for trucks to increase their capability at work or play. You can see our favorite new and cool parts for vehicles at "New Cool and Award Winning SEMA Diesel Products". You can also read a special feature article on the Nissan Titan XD cover truck that was built specifically for the show by SEMA members at "2016 Nissan Titan XD Diesel – Built for SEMA". We followed this truck from the measuring sessions at the SEMA Garage to the 2015 SEMA show, and it’s safe to say this is the best full build of a Cummins-powered Titan XD, because it’s the very first one. 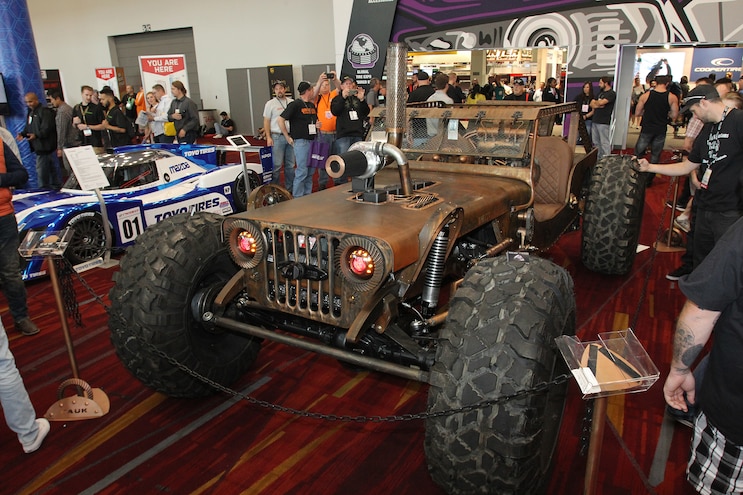