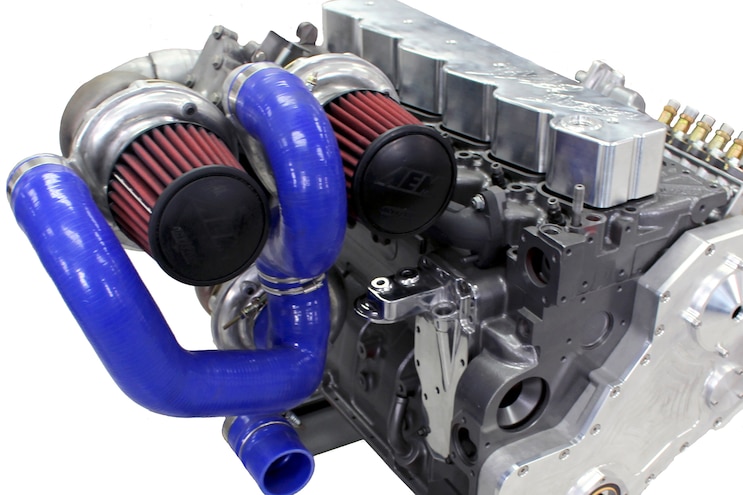 It’s not easy to build a diesel truck with massive power that can also be easily driven like a stock vehicle on the streets. That’s why the team at Diesel Power Source developed a triple-turbocharger kit for ’94-to-’07 5.9L Cummins diesel engines. By using two “small” turbos to help spin a bona fide large unit, the setup shown here is designed to make up to 1,200 hp with minimal turbo lag while not creating excessive exhaust gas temperatures. It almost sounds too good to be true, but it isn’t as surprising once you find out how much air is flowing into the inline-six engine.
The key to this combination is the teamwork of the twin 64mm/65mm/12cm2 turbos, which can spool up much quicker than a larger single turbo with the same output. These units work with a large 64mm/74mm/14cm2 turbo to produce an impressive 3,850 cubic feet per minute—compare that to just 580 cfm of output of a stock common-rail Cummins ’charger. That’s good for more than 100 psi of boost pressure, which is a lot more than the maximum output of just around 18 to 35 psi for stock Ram pickups.
The triple turbos get an equal amount of exhaust pressure thanks to a three-piece exhaust manifold; a computational fluid¬–designed, cast-iron Y-splitter pedestal; a laser-cut stainless-steel up-pipe; and plenty of heat shielding. Compressed air is fed through a five-ply silicone intake charge up-pipe and then into an aluminum intercooler tube. With all the added pressure heading into the engine, DPS suggests both head studs and fire rings for diesel engines receiving this triple dose of turbo power.
SPECIFICATIONS
Engine: ’94-to-’07 5.9L Cummins
Displacement: 5.9L (359 ci)
Bore x Stroke: 4.02 x 4.72 inches (102mmx120mm)
Compression ratio: 17.2:1
Engine layout: I-6
Block material: Cast iron
Cylinder head material: Cast iron
Induction: One 64mm/74mm/14cm2 and two 64mm/65mm/12cm2 turbochargers
Fueling: Mechanical P-pump, electronic VP44 rotary, or electronic CP3 common-rail direct injection
Power: 1,200 hp (approximate)
Torque: 2,400 lb-ft (approximate)
Aftercooling: Air-to-air intercooler
Engine weight: 1,200 pounds (approximate) 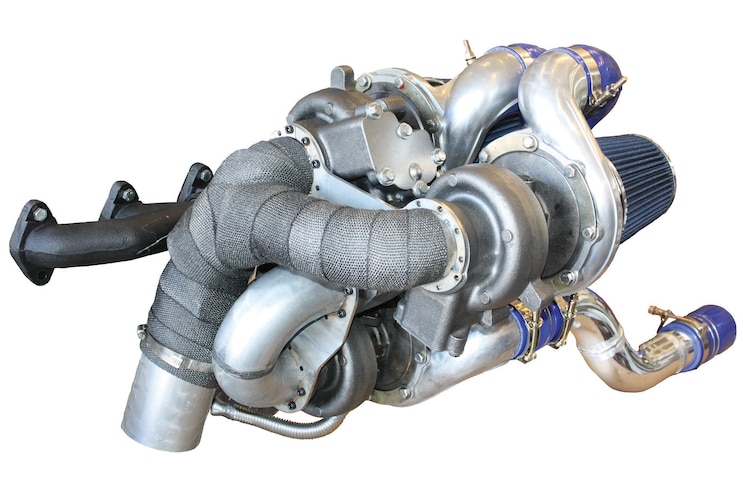 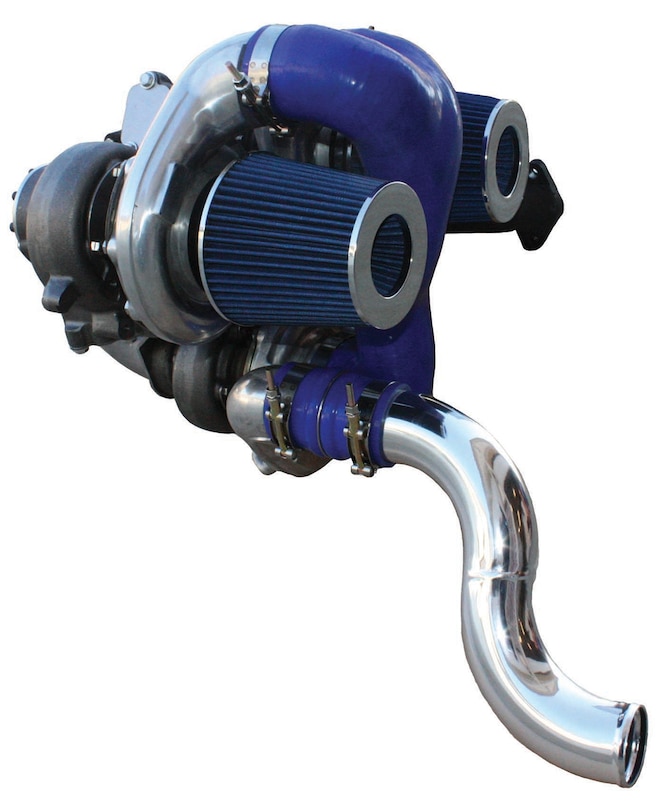