An Apache Rebuilt From a Bitchin Base 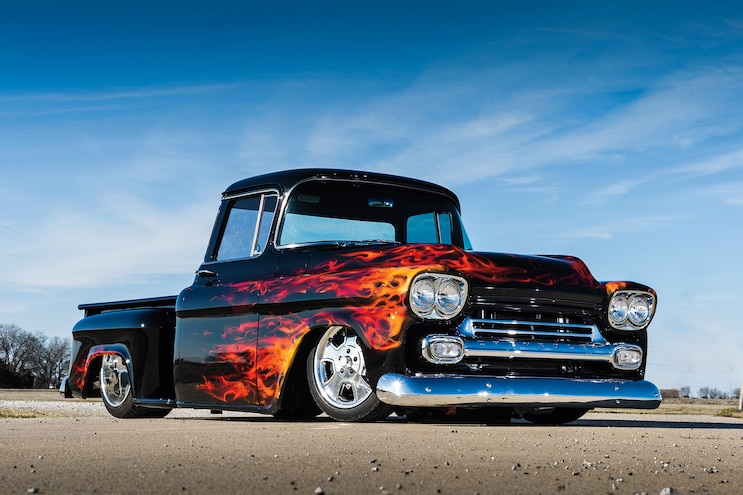 These days there are so many options available or directions to take with your project truck. It is not uncommon to change your mind on the style of build or even the make and model of the truck with the tides before you get something home to your garage. Back in 2009, Jim Naeve set out on that familiar journey to find his ultimate project truck. With all the similar but markedly different Tri-Five trucks available on the market, Jim always liked the look of the dual headlights of the '59 Apache and honed in on his search. After narrowing down his choices to a few selected trucks on eBay, he finally placed a bid on a truck and ended up winning the auction.
After bringing his newly won auction prize home, Jim got the opportunity to have a good long look at his purchase. The paint had been recently completed but the drive train, suspension, cooling and other aspects of the truck, while pretty clean, still needed a lot of work to live up to his expectations. This was kind of backwards, but ended being a plus in order to make sure things were done right. 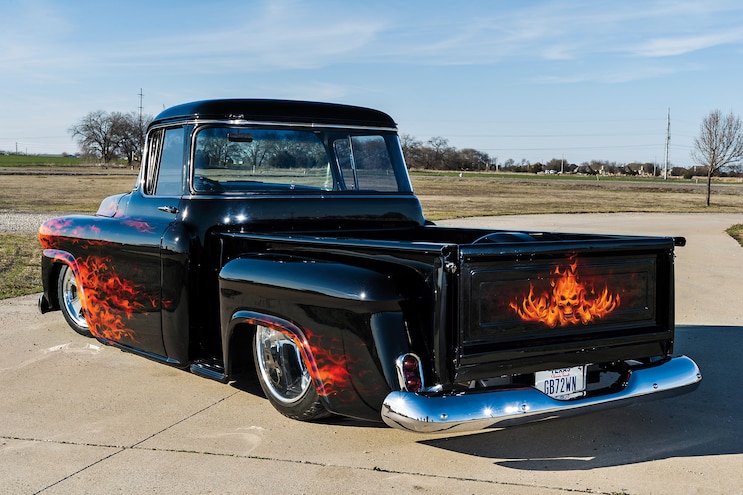 View Photo Gallery | 11 Photos
Photo 2/11   |   003 1959 Chevrolet Apache Rear
In 2012, Jim got serious about his truck, but needed some guidance to make sure he got things correct. Mitch Henderson Designs was contacted about Jim’s ideas for his truck and after a couple brainstorming sessions with Mitch a list emerged to transform the Apache into a mean street machine.
First, the frame needed to be reengineered to be more drivable. The MHD crew started off by installing a new Scotts Hotrods front clip with AccuAir air suspension to really improve the ride quality and be able to set the truck on the ground with a touch of a button. The rear was also treated with a custom 4-link setup to allow the airbags to give the adjustability Jim asked for during the planning phase. With the new suspension installed it allowed a new set of Bonspeed Vinspeed rims to be installed. The biggest improvement in looks came from the massive 20x14 rear billet that now filled up the fender well and complimented the stance. 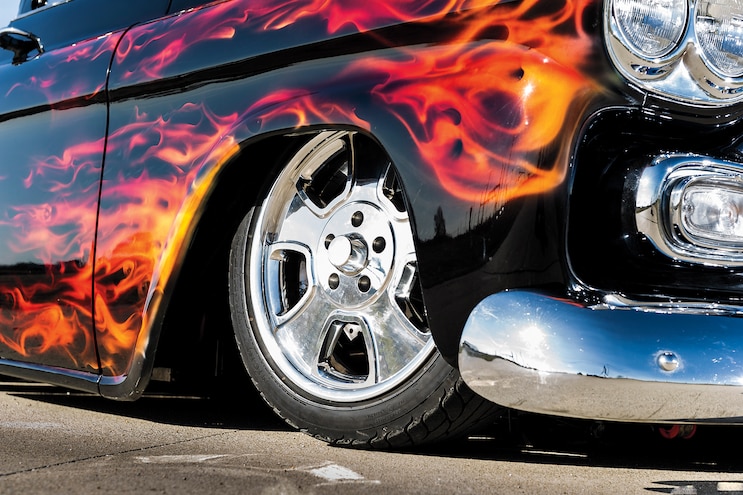 View Photo Gallery | 11 Photos
Photo 3/11   |   004 1959 Chevrolet Apache Slammed
Next, Jim really wanted a performance packed vehicle with pushing the envelope of what these classic trucks can really handle in terms of street-able, pump-gas power. Mitch found a GM 496CID Stroker with the SS700 5-speed to replace the previous drivetrain and stuffed it down in between the frame rails. With this combination now installed, it provided instant childlike smiles for days on end when driven. In Jim’s book, this was the key point with the re-build and he was truly satisfied by the work that had been done.
Soon it was time to head into the interior, Jim asked Mitch to have the dash shaved to give a cleaner stock look. Although this deleted the radio spot in the dash, it didn’t bother Jim because he wanted to hear that big block sound over the tunes of a radio. Plus, when his wife goes out on cruises with him, it gives the two a chance to talk and enjoy each other’s company which what the ultimate goal was for the purchasing of this truck. 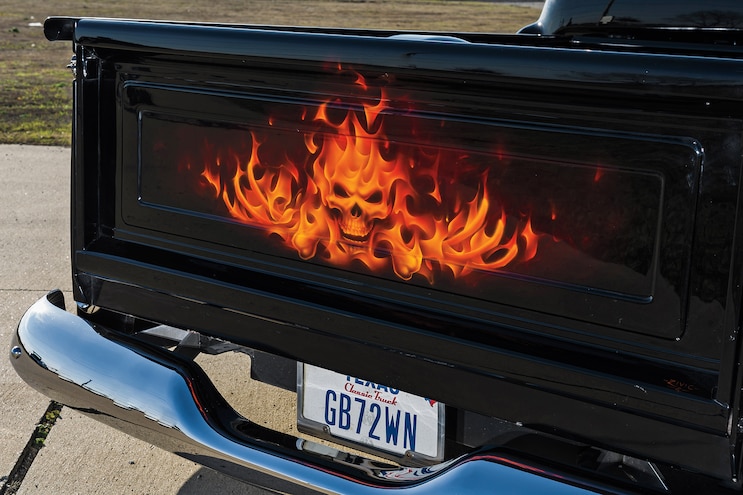