Keep it Simple and Aim for Perfection 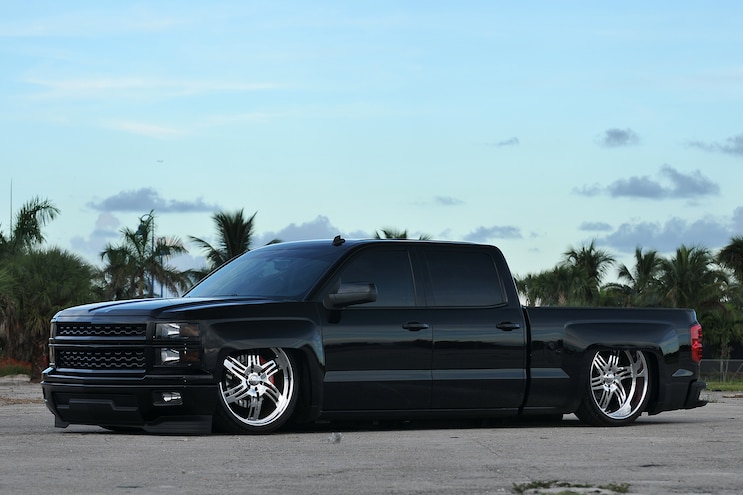 Who knows better than family? As 41-year-old John Turner of Ft. Lauderdale, Florida, looks back, that’s what he asks. His older brother had a good 10 years on him growing up, so as he got into new and exciting things, Turner looked on, and oftentimes wanted to join. It only made sense when his older brother began tinkering with custom trucks, Turner’s passion would soon follow. When John turned 16, it was time for him to get his own hands-on experience. He purchased a Mazda mini truck and began to customize, with his brother looking on with pride.
With Turner’s quick leap into the custom truck culture, he joined the Local Minis truck club, started by Bobby Bauman. As a member, he began to learn more about trucks and innovative ways to customize them. However, he was starting to grow out of the small truck he had purchased. Turner purchased numerous larger trucks, each time giving them a unique touch. When the 2014 Chevy was announced, he absolutely fell in love. 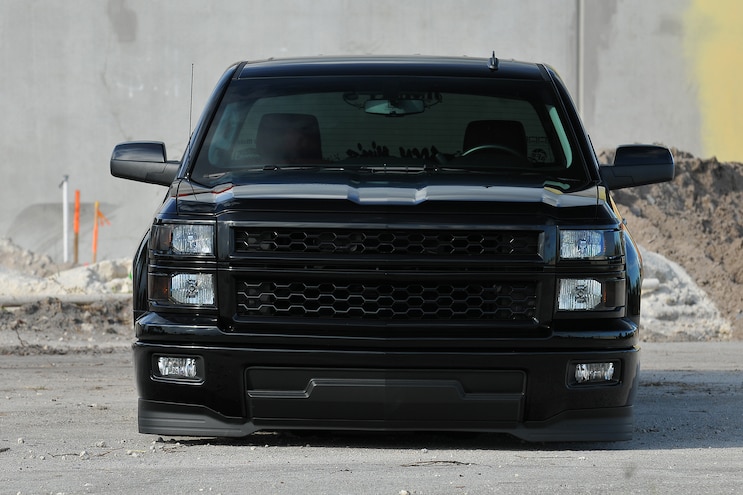 View Photo Gallery | 12 Photos
Photo 2/12   |   05 2014 Chevrolet Silverado UAINTLOW
He preordered his model, waiting eagerly for the opening sale day for the 2014 Silverado, and grabbed one of the first off the production line. Almost immediately, Turner removed the front and rear bumpers and brought them to Bobby Bauman’s shop Mad Mods in Pompano Beach, Florida. The chrome was removed and bumpers were coated in a solid black to match the truck. The Chevy emblem was removed for a cleaner look. The front bumper was sectioned 2-inches, so when the truck is laid out, the stock plastic valance didn’t hit the ground.
Next, altering the suspension. He brought the Chevy to Jimmy’s Rods and Custom in Edgewater, Florida. The crew installed a full Accuair suspension and relocated multiple items under the hood to allow the drop. Custom inner wheelwells were added to clean up the engine bay. The bed floor was raised to allow John to store his motorcycle in the bed during trips. They added a Line-X spray to the bed. View Photo Gallery | 12 Photos
Photo 3/12   |   06 2014 Chevrolet Silverado UAINTLOW
Turner brought the Silverado to Advanced Audio Concepts in Pompano Beach, Florida, to add custom red leather Roadwire kit and red painted parts, as well as red inserts on the doors to accentuate the black exterior. In addition, the talented crew got down and dirty and installed a custom stereo system using Alpine components.
UAINTLO debuted and was a huge hit, not to mention it was one of the very first body dropped 2014s. A lot of people were involved in the build of UAINTLO. Turner wishes to thank KEG Media, Derek Zacha, Jimmy Graham from Jimmy’s Rod N Customs, Eric Cryan at Advanced Audio Concepts, Bobby and Rob at Mad Mods for paint and bodywork, Jon Smith, Jason Redden, and Alex Soto. 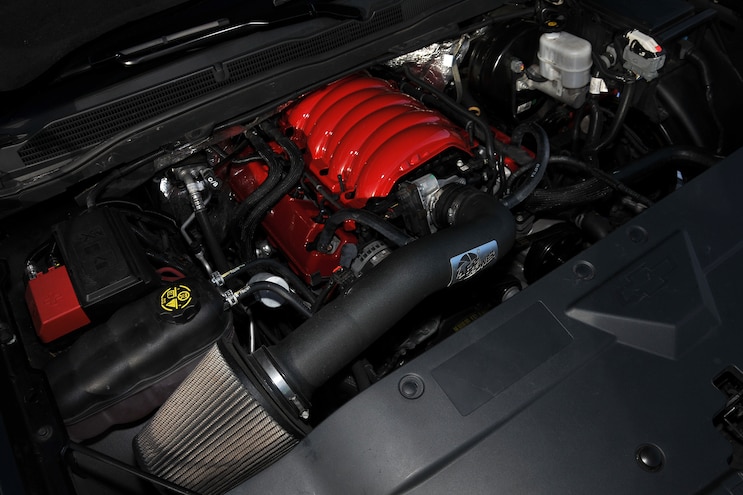