The Extended Greek God of the Desert 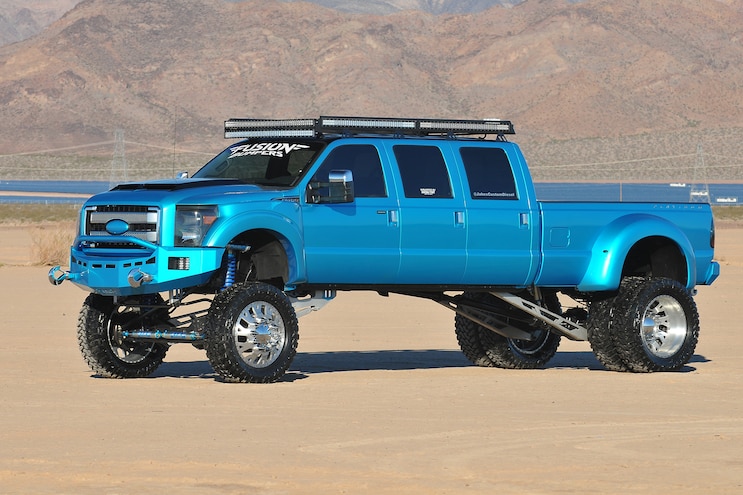 The Mitchell family has been turning wrenches for over six decades. Thirty-year-old Jacob Mitchell got his start in the garage at 5 years old when his father taught him to hold a tool. Even though the family’s passion was to work on trucks, Mitchell had a much more grandiose plan. He wanted to build vehicles that stand out and show where his talents truly lie. He began building lifted trucks and making each one more extreme than the next, until the time came to get something for himself. 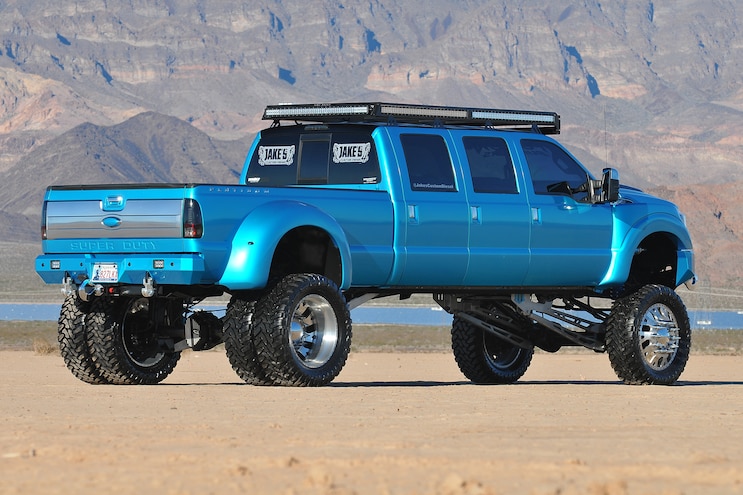 View Photo Gallery | 15 Photos
Photo 2/15   |   02 2014 Ford F 450 Poseidons Wrath Rear Three Quarter
Mitchell originally purchased a 2014 Ford F450 that had been wrecked and rolled over. Known for purchasing damaged vehicles and bringing them back to life, Mitchell decided to use this particular truck as his personal vehicle. The family shop, Jake’s Custom Diesel, in which Mitchell is the prime owner, is where all the work was done to this Ford. While the new Ford was in the shop, Mitchell and his father were reviewing options and custom touches. They joked that they should throw an extra cab on it—and that’s where the fun began.
The F450 needed a new cab already, so the four-door cab was added along with a spare cab from a part’s truck. The cab had to be clipped twice to make it perfect. The frame had to be extended so it was long enough to handle and support the addition. Mitchell contacted companies like 3rd Coast Suspension and King Shocks and had them send over their new products to lift the extended Ford to a massive height. With the input of the family, the consensus was that a 3M Atlantis Blue would be the perfect hue to cover the F450. 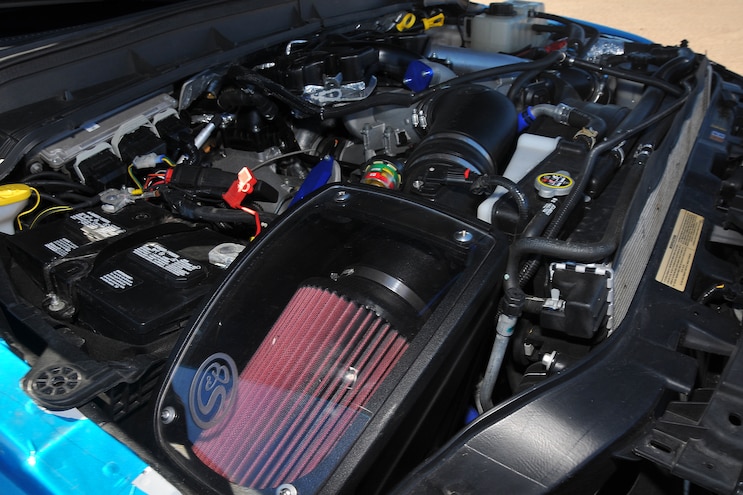 View Photo Gallery | 15 Photos
Photo 3/15   |   04 2014 Ford F 450 Poseidons Wrath Engine
An avid music lover, Mitchell contacted Extreme Auto Options and asked them to build an ear-deafening sound system that could be heard blocks away. Upholstery Unlimited out of Oklahoma City was next in line to update the Ford’s cabin by exchanging the stock seating and extending it to the new cab. Gator inserts were added to every seat, and a custom center console was run through the entire truck. They added an updated and more aggressive hood along with a new front and rear bumper from Fusion. Finally, the guys from SBC Racks came to the shop and installed customs racks all through the roof on the tall Ford.
Mitchell wishes to thank everyone who had a hand in the Poseidon’s Wrath including Todd Haygood, Jeremy Colby, Brady Munns, John and Michael Vargin, Andy McFarlane, Johnny Ramirez, Robbie Bryant, Bert Sourjohn and the Mitchell family for all the help, support, and ideas. Poseidon’s Wrath started out as a wrecked abandoned truck and with the passion of the Mitchell family, it became one of the finest vehicles he’s ever built. “It was a lifelong dream to build a truck worthy of a SEMA spot,” Mitchell tells Truckin, “I fulfilled my dream in 2015, and I plan to exceed those expectations in 2016.” 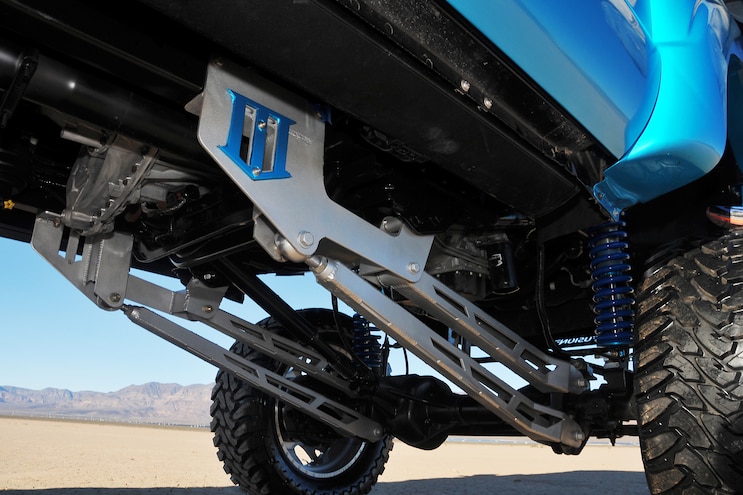