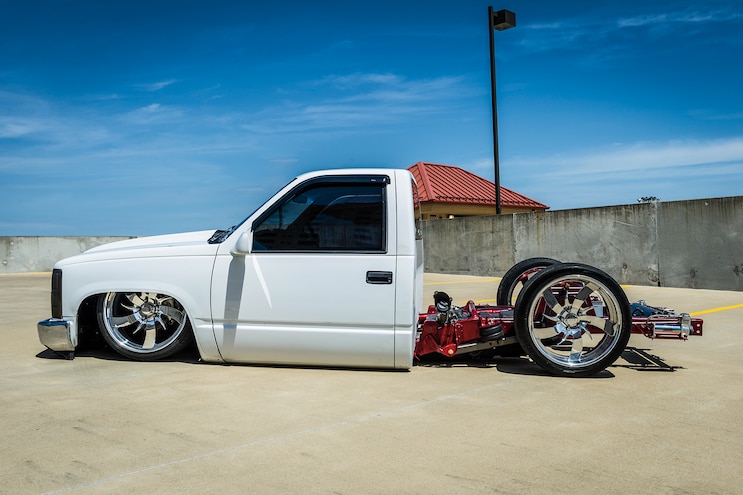 For two summers Dylan built a fence on his grandparents land to save up enough cash to purchase his own truck that he had his eye on. In 20’07, at the young age of 15 years old, the 1997 Silverado Sstep-side that he had been saving up for was purchased for $4,300. At first the stock form truck did its job for Dylan, but as he started checking out Truckin Magazine at the local news stand, the gears started turning in his head to start customizing things. 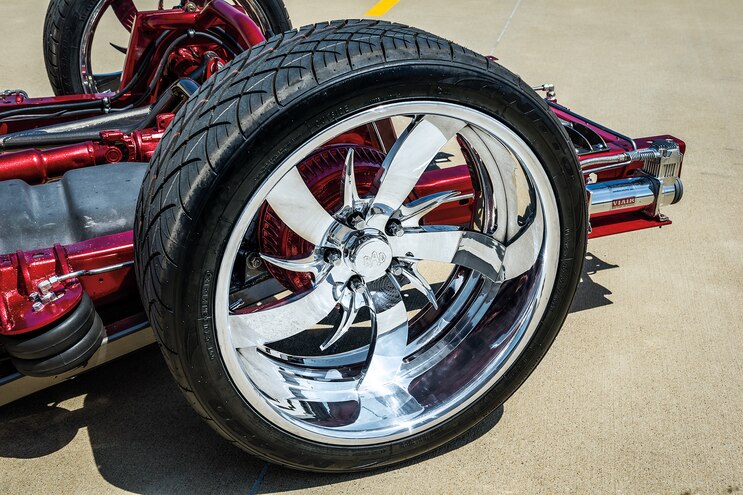 View Photo Gallery | 5 Photos
Photo 2/5   |   005 1997 Chevroler C1500
A set of 20-inch Boss 304s, a billet grille, and a small stereo system were bought and installed before he even had his driver's license. This held off the major customizing urge that he had for a while. In 20’09 while planning to head off to Ccollege, Dylan bought an 20’06 Dodge Charger for the trip back and forth. Right about that time his mom's Mazda decided to stop running. So he made the decision to give her his truck while he was away at school. Over the next six months, he got to hang out with his good friend AJ Wilson who had a bagged ‘96 Yukon, (the first bagged truck he had been around) which gave him a taste of the bagged life and Truckin' culture. Around the same time he saw Ike Ray's dark blue early ‘040 model extended cab truck with a tribal design and Martin Bros. wheels (Vol. 33, #7 cover truck) and was absolutely blown away. It was nothing like he had ever seen.
In ‘11 his mother bought herself a Chevy HHR which gave him the opportunity to ’ bag the truck. With the aid from his grandfather he fixed the truck back up with some subtle upgrades like new black carpet, a roll pan, and a GMC grille with billet insert. From then on, Dylan knew this project would never leave his possession again. 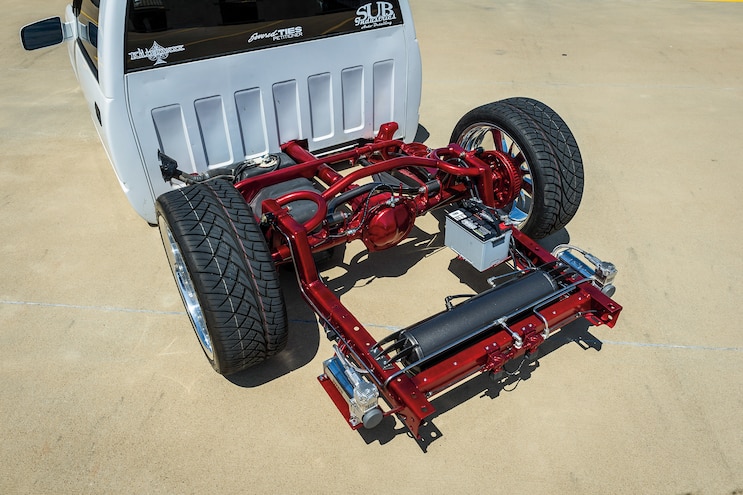 View Photo Gallery | 5 Photos
Photo 3/5   |   003 1997 Chevroler C1500
He began collecting ’bag parts right away. He purchased a set of ’bags and a used compressor with intentions of body dropping the truck over the weekend before Turkey Drag '14. Shortly after Jake McKiddie made him an offer he couldn't refuse on a set of 22-inch BAD Maulers billet wheels for the truck. The truck was now laying body on 22-inch BAD wheels, waiting for the LS to drop in.
Now, Dylan is currently building a 5.3L LS-based motor for the truck with a small cam and stall converter. He is also doing some tune work and planning on shaving and re-tubbing everything under the hood during the motor swapmotor swap.
The ’bagged truck lifestyle has become a part of Dylan’s livelihood and he believes that while it's not about shows, and it's not about who spends the most on their truck, it's about family, memories, and bonds that will last a lifetime. Since the truck has been body dropped, Dylan became a petitioner for Severed Ties and has met some of the best people in the truck scene. He is enjoying the brotherhood that the club provides its members. 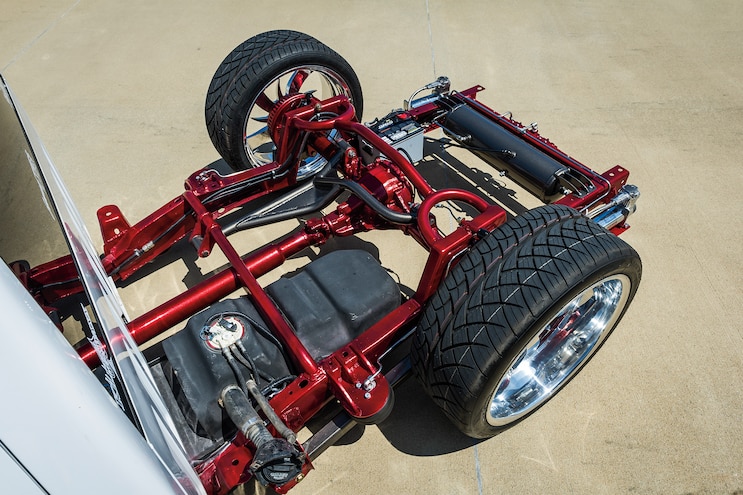 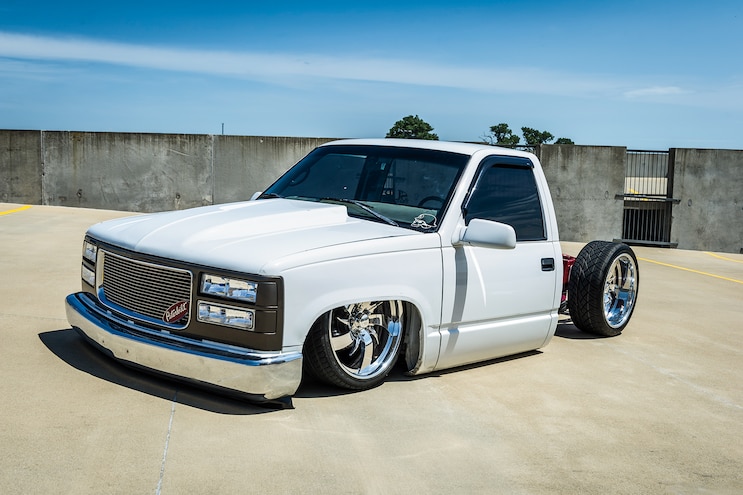 Truckin
Truckin
1989 Chevy C 1500 - Engineered to Win
We wanted to do something a little different for this special feature, so rather than interviewing a...
Mike Alexander – Jan 26, 2015
Truckin
Truckin
1994 Chevy C1500 - The Switch
There are two constants in the custom truck world. One, trucks laid flat on the ground are nothing s...
Mike Alexander – Dec 1, 2014
Truckin
Truckin
1994 Chevrolet Silverado 455ci Big-block - Korrupted
Chad Moline, of Rock Falls, Illinois, elected to use a 455ci Oldsmobile big-block for his 1994 Chevr...
Patrick McCarthy – May 28, 2014
Truckin
Truckin
Truckin` Magazine THROWDOWN At LS Fest 2013
We selected 12 lucky guys to bring their trucks out and compete at THROWDOWN LS Fest 2013. The only ...
Maxwell Matthewson – Apr 18, 2014
Join Our FREE Truck Trend Network Newsletter