A Brand Name Synonymous With Axles 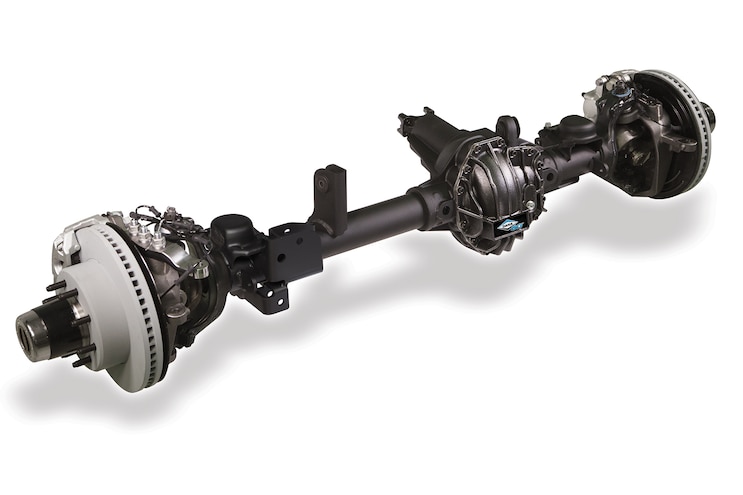 Dana components are found in the Ford Model T, the original Willys Jeep, London taxis, 18-wheelers, earth-moving machinery, and NASCAR racers. It would be virtually impossible to imagine an automotive world without them. But perhaps the most surprising things about the company that makes Dana axles is that it wasn’t founded by someone called Dana and it didn’t start out making axles.
In a way, Dana axles have become victims of their own success and people often use the term in a generic sense (like Kleenex or Xerox). A brand this strong, long-lasting, respected, and ubiquitous needed more brainpower than even one super-intelligent person could provide. At its outset, the operation that became the Dana Corporation benefitted from two different kinds of smarts. 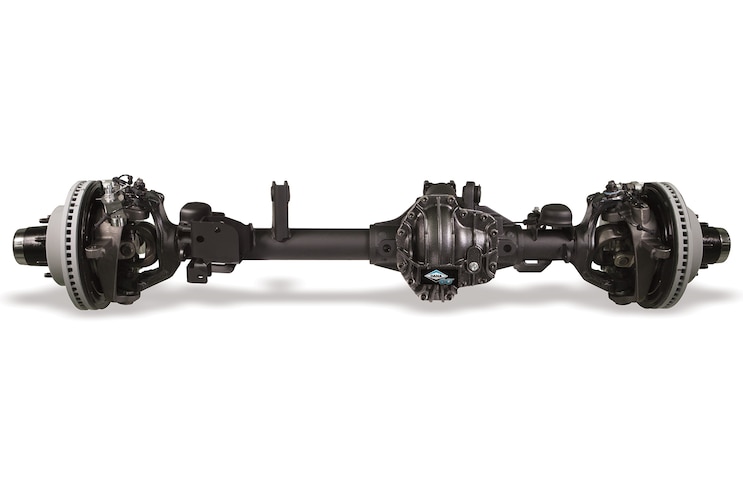 View Photo Gallery | 6 Photos
Photo 2/6   |   DANA 60 FRONT Shadow FA
The engineering talents came from Clarence Spicer. While still a sophomore student at Cornell University, he patented an improved universal joint in 1903. The universal joint is obviously a big deal, freeing the up-and-coming automobile from the noise and limitations of chain-and-sprocket drives. Spicer’s contribution is that he connected universal joints to each end of a tubular shaft and encased the joints themselves to protect them from road debris and preserve their lubricants.
Spicer started his U-joint manufacturing company on April 1, 1904. Customers included Buick, American Motors, and the nascent Mack Trucks. It was 10 years before Charles Dana came on board.
Dana was once a prosecutor for the New York district attorney, a politician, and a financier—what might be called a venture capitalist today. It’s his acumen that took the business to higher levels, and he obviously knew a good thing when he saw it. Dana bought a major slice of the Spicer Manufacturing Company in 1914. Within two years, he was president and treasurer. In that position, he also acquired other engineering firms, including one Salisbury Axle. A Spicer axle division soon followed. 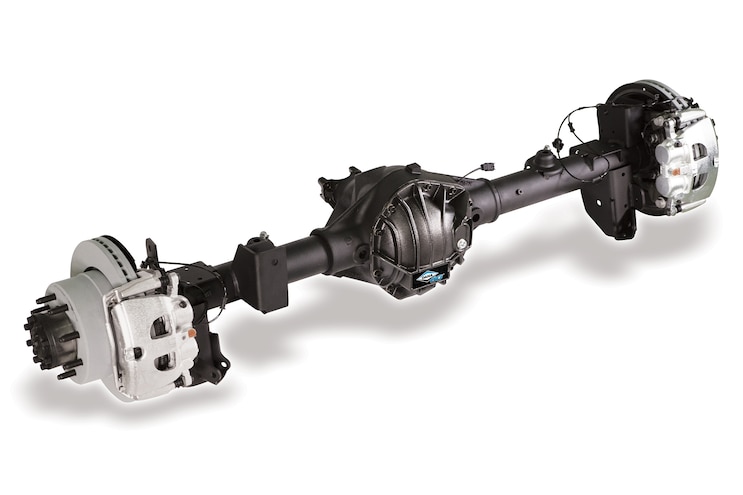 View Photo Gallery | 6 Photos
Photo 3/6   |   DANA 60 REAR 1 TRANS Shadow Glow
In 1928, Spicer moved its operations from New Jersey to Toledo, Ohio, closer to the American automotive epicenter of Detroit. It survived the Great Depression and entered a new boom phase when World War II created a demand for more machinery. Clarence Spicer wasn’t around to see it, though. He died in 1939 at the age of 64 and with 40 patents to his name.
Spicer Manufacturing was renamed the Dana Corporation in 1946, although some driveline components still retained the Spicer brand. In 1956, The New York Times named the Dana Powr-Lok (it seems people took liberties with spelling and grammar even back then) differential as one of “the more significant engineering improvements” in automotive history, which shows that the company was attracting and employing top talent. 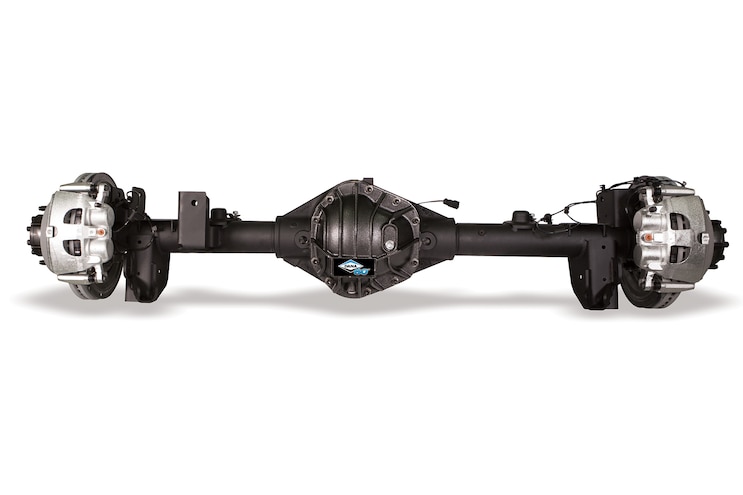 View Photo Gallery | 6 Photos
Photo 4/6   |   DANA 60 REAR 2 FA
The first Dana axle was the 23 rear axle for CJ-2A Jeeps, produced from 1941. It was so named because it had a gross axle weight rating (GAWR) of 2,300 pounds. As another example, the 44 has a GAWR of 4,400 pounds. Now we’re up to the Dana S 110 full-floating rear axle, used in all the Big Three’s commercial trucks, with a mighty GAWR of 14,700 pounds. Yes, there’s a different naming system these days.
The low-pinion, open-knuckle 44 is a standout of the Dana range. It’s been produced in higher numbers than probably any other unit of its kind, made popular because its ratio of cost to strength. Like the 23, the 44 also began production in the ’40s as a rear axle, yet it’s still used in new vehicles today. It has come in several shapes, sizes, and spline counts; sees duty as a front or rear semi-floating axle; and comes with either an 8.5-inch or 8.9-inch ring gear. 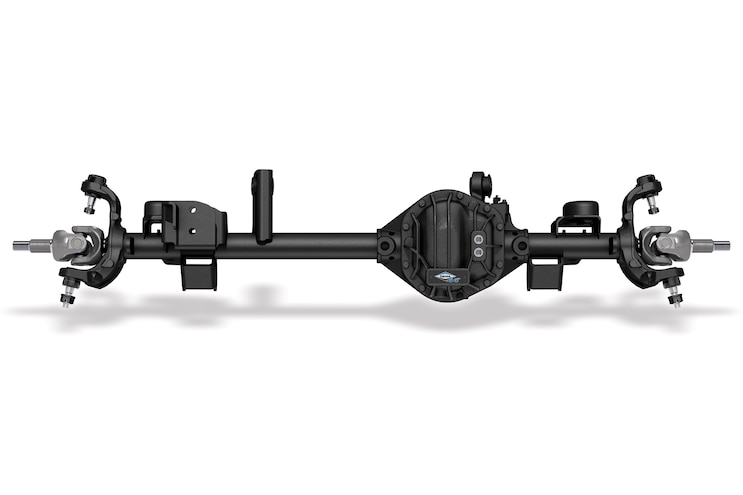 View Photo Gallery | 6 Photos
Photo 5/6   |   Dana U44 Front 1
The 44 is original equipment in fullsize Jeeps, as well as many of the Big Three’s trucks and SUVs. There was a 44 under O.J. Simpson when he made that fateful trip in his white ’93 Bronco. It has even been used as an independent rear suspension for sports machines like the Chevrolet Corvette, Dodge Viper and a few Jaguar models, including the E-Type. And there’s a lot of aftermarket support for upgrades. Dana recommends a maximum tire diameter of 35 inches, although a properly prepared axle could go up to larger sizes.
One thing that might make buyers of Dana products feel all warm and fuzzy inside is that the philanthropic Mr. Dana donated a considerable chunk of his fortune to health and education. There’s now a Dana Foundation working on those pursuits. Charles Dana was inducted posthumously into the Automotive Hall of Fame in 1978, three years after his death. Spicer was inducted in 1995. 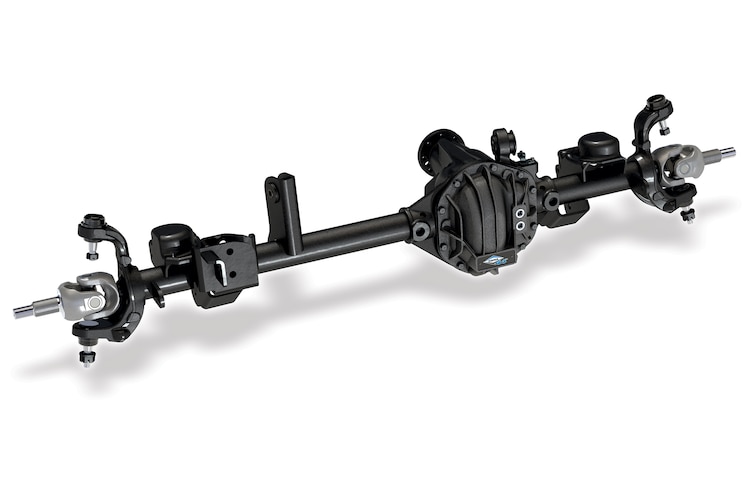