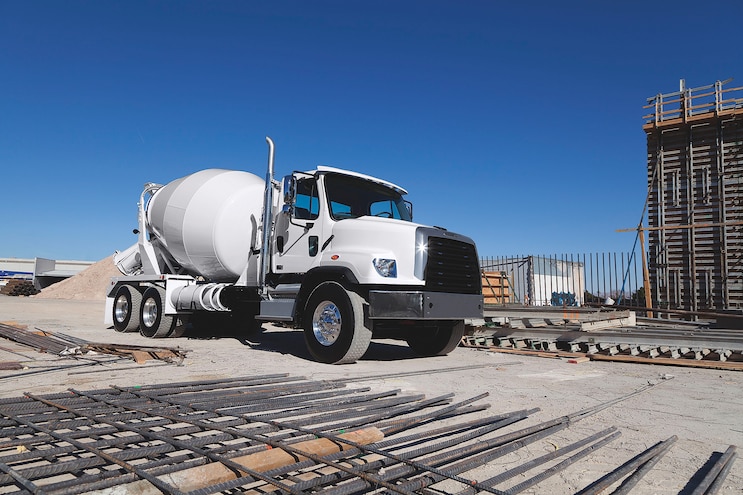 The Detroit Diesel DD13 is a 12.8L inline-six engine designed to put out 470 hp at 1,800 rpm, along with a steady 1,650 lb-ft of torque that starts at just 1,100 rpm. This level of performance from an engine that’s smaller than many in its class provides better hauling capability and fuel efficiency for everything from car haulers to cement mixers. Common-rail fueling with electronic controls provides a very flat torque curve that maintains peak twist all the way up to 1,500 rpm for stable cruising while reducing the need to shift out of top gear.
Instead of a variable-geometry turbocharger and all the extra parts, the DD13 uses a fairly simple asymmetrical turbo with a wastegate. The engine also includes a three-stage Jacobs exhaust brake for quiet stopping power that greatly reduces wear on a vehicle’s service brakes. The engine features a strong and lightweight compacted-graphite-iron cylinder head that’s secured to the bottom end with 40 bolts. The cast-iron block is ribbed to reduce the noise, vibration, and harshness transmitted to the cabin. Low-friction pistons, modern injector nozzles, a variable-speed water pump, and a fan that only kicks on when needed help maximize the engine’s fuel efficiency.
When it comes to maintenance, Detroit Diesel says the DD13 has the longest service intervals for its class. Plus, it shares a 65 percent parts compatibility with its larger relatives, the 14.8L DD15 and the 15.6L DD16 engines. The powerplant can also be equipped with the Detroit Virtual Technician on-board diagnostics system that alerts the driver and fleet manager of fault codes, where the nearest replacement part is located, and when the next service bay is available. Emissions can be controlled with the BlueTec 1-Box system that combines a diesel oxidation catalyst (DOC), diesel particulate filter (DPF), and selective catalytic reduction (SCR) system into one compact package to minimize the number of parts and the amount of work needed for maintenance or repairs.
SPECIFICATIONS
Detroit Diesel DD13
Displacement: 12.8L (781ci)
Layout: I-6
Head material: Compacted graphite iron (CGI)
Block material: Cast iron
Bore x stroke: 5.20x6.15 inches
Compression ratio: 17.3:1
Power: 470 hp at 1,800 rpm
Torque: 1,650 lb-ft at 1,100 rpm
Induction: Turbocharged with integrated Jacobs exhaust brake
Aftercooling: Air-to-air intercooler
Oil capacity: 40 quarts (38 liters)
Weight: 2,540 pounds 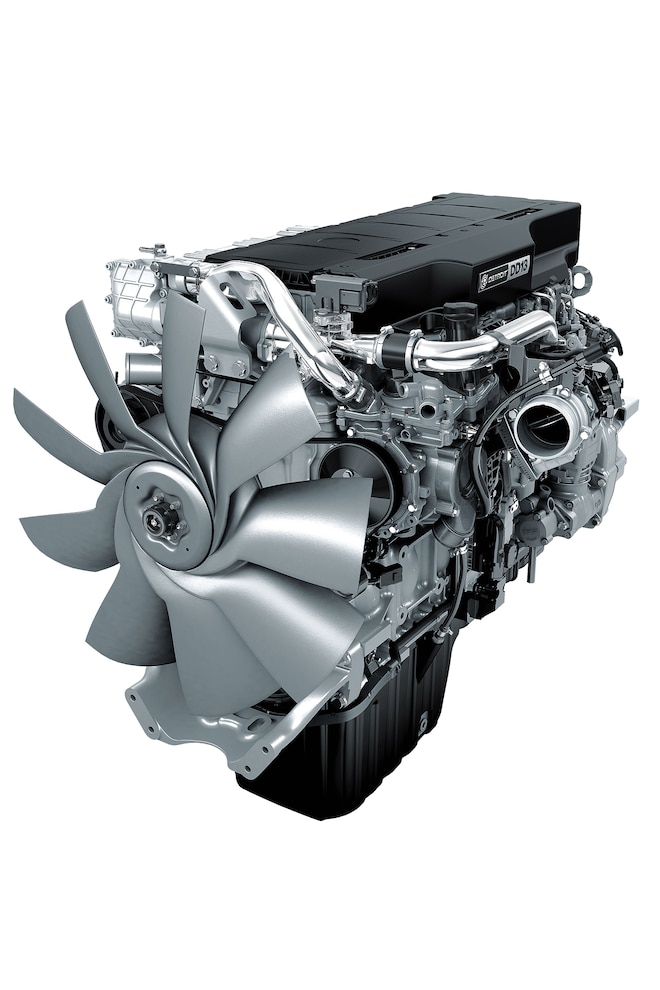