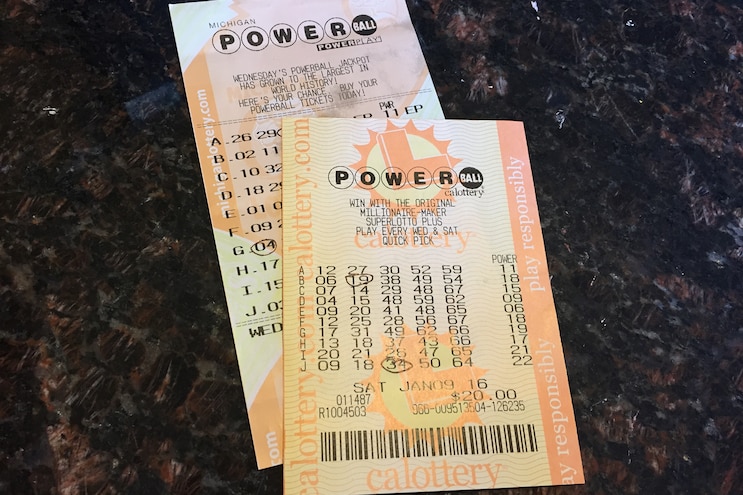 I looked down at my Powerball ticket. The jackpot, $1.5 billion, was the biggest ever from what I had heard. It doesn’t matter who you are—that’s a ton of money! Of course, I knew I wasn't going to win. If it was supposedly 250 times more likely to be struck by lightning than to win, I knew the odds were not in my favor. But for those few fleeting hours between investing $20 and the drawing, I had hope. Hope that the jackpot, the greatest windfall of all, could be mine. So in those few hours, just in case, I started doing some thinking. If I was the sole winner, took the lump sum, and then subtracted some taxes, I’d still be left with around 500 million buckaroos. If I were to spend it all, I'd be allotted about 30,000 grand a day, 10 million a year. I figured it was important to think about the possibility of acquiring this kind of money, since I had heard that many who come into big cash end up bankrupt at the end of their lives. Doesn't that seem crazy? I didn't want that to be me.
Having not technically lost yet, I set my mind on the “what ifs” of winning. What would it be like? How would people treat me? Would I still want to work? What would I buy first? Which 75k truck would I add to the fleet first? I tried to get excited, but quite frankly, I couldn't even fathom or comprehend that kind of money. If you're anything like me, finding five bucks in your jean pocket is the coolest thing ever. Honestly, I hate spending money; I'm quite a poor consumer. It kills me to spend money. I just spent $23.46 on two pairs of jeans and am wondering if I should have. I blame it on my parents, whose prudent spending practices have forever influenced me. I consider it a good thing, but should I hit the jackpot, I could probably change my cheap mindset and swing a few more dollars a day comfortably.
But would I want to? Would I want to spend lavishly, or even spend any more than I already do? Would I want to be tempted by the ability to buy abundance? Would I want to change my lifestyle? Would I trade what I have for more, more, more? Would winning be a good or bad thing? What do you think?
My final conclusion shocked me: I already have everything I want, because the things that matter most can't be bought with money, and the things that can be bought with money, I have. You can't truly buy family, friends, love, or contentment. (But you can buy a few hours of hope with a lotto ticket.) And if the things you can buy are bought with money you didn't earn or are given to you freely, it eventually leaves you feeling empty.

View Photo Gallery | 2 Photos
Photo 2/2   |   001 Powerball Tickets
It seemed that the best thing to do with my potential winnings would be to live like it hadn't happened—to invest the money and live wisely so that my great grandchildren could reap the benefits. That is, after buying that brand-new truck.
And, in case you were wondering, I didn't win. And that’s OK—maybe winning big isn’t so lucky after all.
Have you ever struck gold in any type of lottery, sweepstakes, or pool? Let’s hear your story!
Monica
mgonderman@enthusiastnetwork.com

- OF
By Monica Gonderman
662 Articles