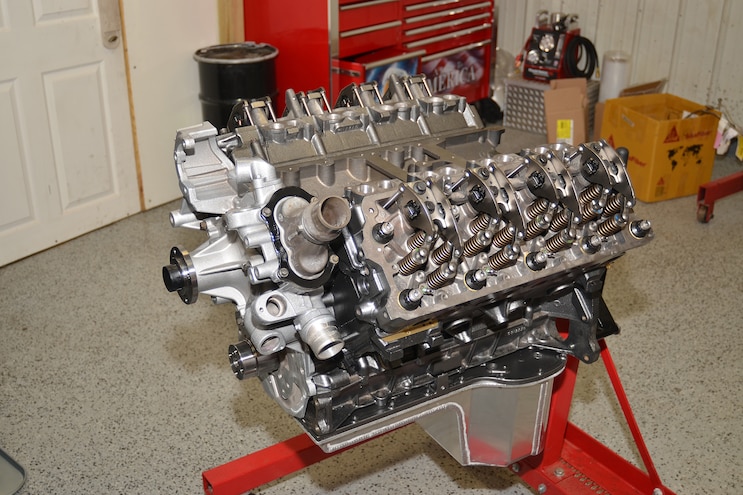 In our first installment of this engine-build series (”Project Six-Four” Part 1: Unlimited Diesel Performance Builds a 6.4L Ford from Scratch), the rock-solid short-block of Unlimited Diesel Performance’s 6.4L Ford Power Stroke engine was complete and bolted to an engine stand, awaiting phase two of the build. Well, a lot has happened since then, and it’s all good.
But, before we get too far ahead of ourselves, we turn our attention to the completion of the long-block. Using fresh, new components is one of the build’s primary initiatives, and each part (even relatively simple things like the oil pan and oil pickup) is carefully scrutinized before installation to determine if there is a better, stronger, more reliable, or higher-performance alternative.
Preparation of the 6.4L’s cylinder heads is a good example of the attention to detail Nate devotes to the build process, and the first step is porting to provide better flow on both the intake and exhaust sides. However, there is a downfall with stock heads that Unlimited is very aware of and equally as diligent about fixing: They’re prone to developing cracks. To prevent this from occurring, hardened exhaust-valve seats are installed to keep heat away from the cast iron. Hardened seats also protect the valves and prevent cracking at the glow plug and injector bores. Special care to install the seats at the correct depth is taken, because going too far and getting into the nearby cooling passages can destroy a head.
Cracks at the head studs can also be a problem. To remedy this one, Unlimited installs Elite Diesel Engineering’s head studs. Since the studs are made of H-11 tool steel, they only need to be torqued to 195 ft-lb rather than 250 ft-lb when properly installed. Little things, like alleviating cooling problems by using the latest-generation thermostats, are also addressed. Unlimited also replaces the stock water pump with Bulletproof Diesel’s unit, which features a billet-aluminum impeller. The plastic impellers in stock pumps can cavitate from deflection or break completely. The cavitation causes an aluminum timing cover to erode or can put a pinhole in the cover, allowing coolant to enter the crankcase and mix with oil (and ruin engine bearings).
In our next segment, Unlimited installs a super-trick air intake and fuel system as we move closer to firing the mighty 6.4L. 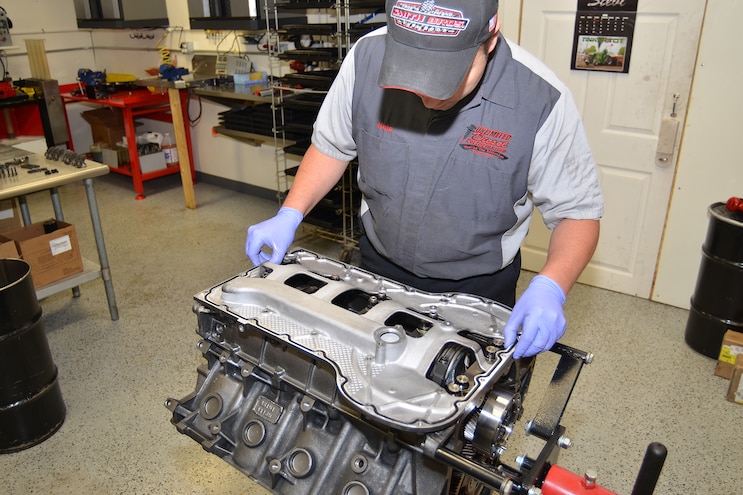 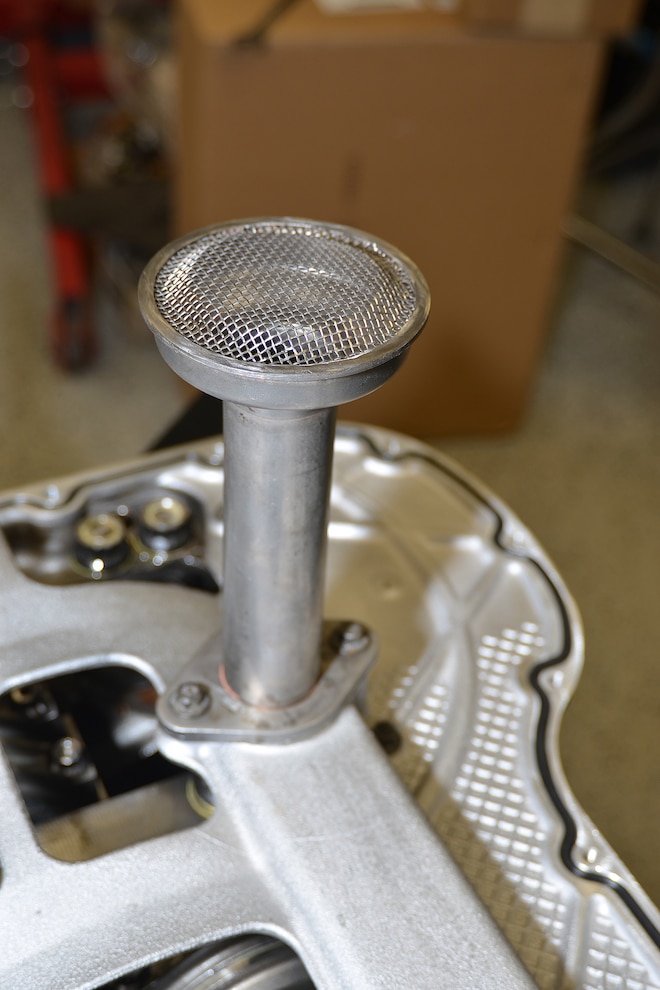 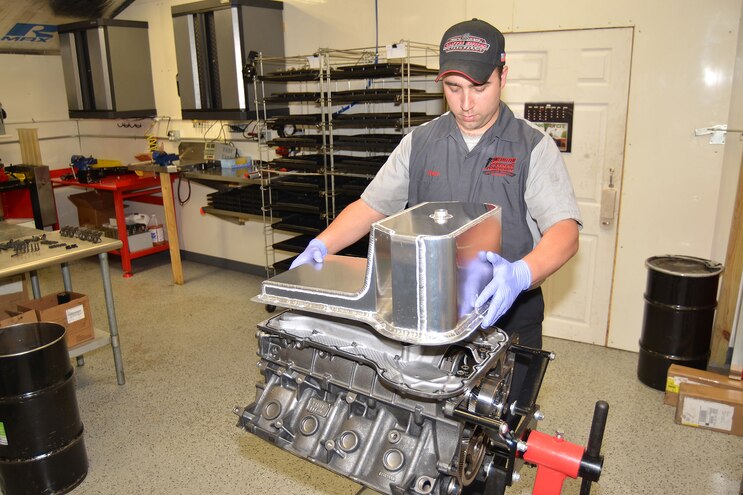 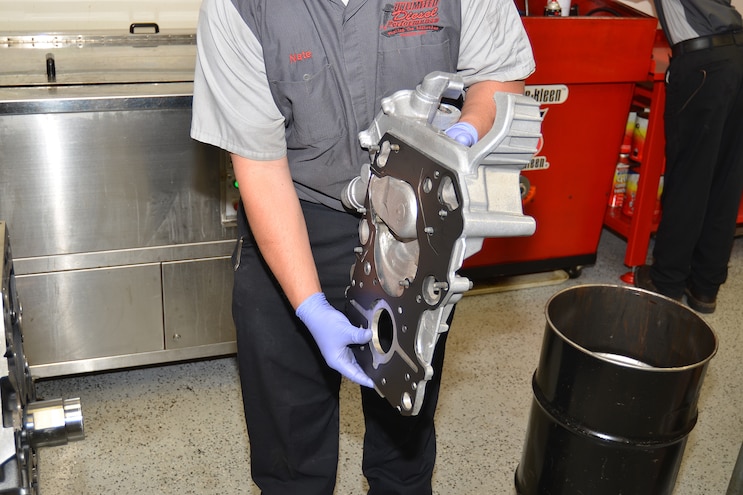 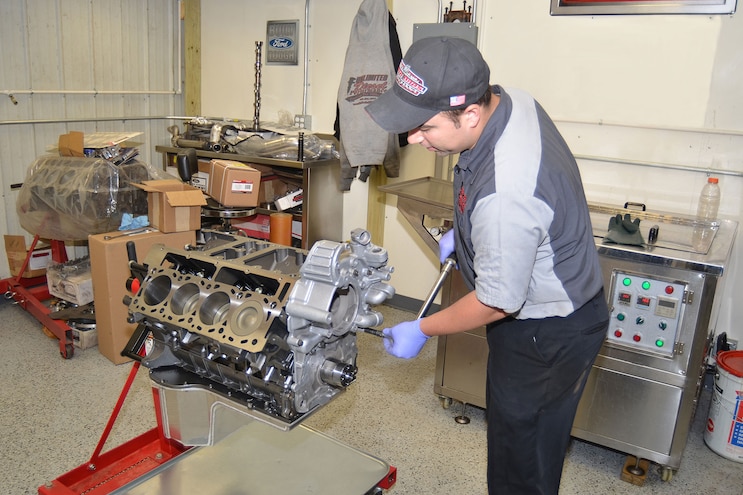 View Photo Gallery | 27 Photos
Photo 7/27   |   006 Project 6 4 Pt2 Torque Timing Cover
At the front of the block, a new timing cover gasket and timing cover are installed. Once the cover is seated, bolts are evenly torqued to 23 ft-lb. 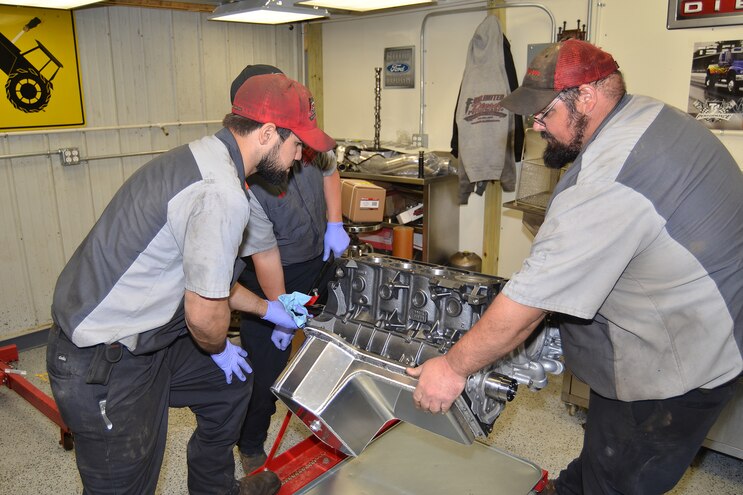 View Photo Gallery | 27 Photos
Photo 8/27   |   007 Project 6 4 Pt2 Rotate Block
Even without the heads, a 6.4L Ford engine assembly is already pretty heavy. Chaz Roth and Alex Fowler assist in rotating the engine for cylinder-head install, which can be done either before or after the timing cover is bolted on. 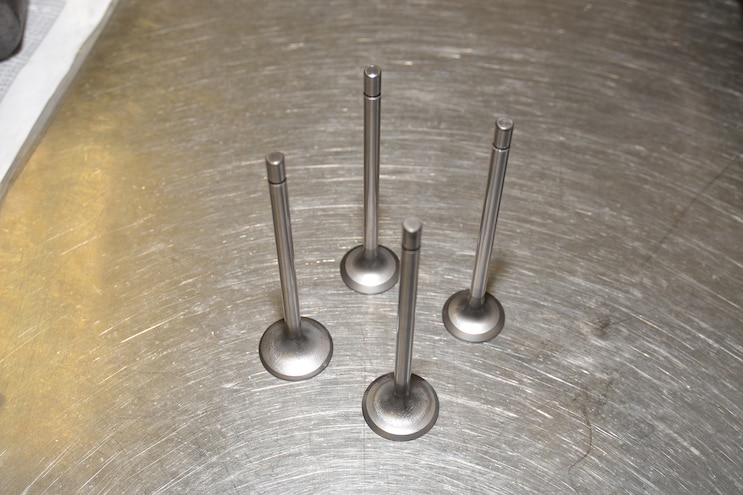 View Photo Gallery | 27 Photos
Photo 9/27   |   008 Project 6 4 Pt2 Valves
The intake and exhaust valves are coated with Ionbond coating to reduce friction in both the guide and seat locations in the cylinder heads. 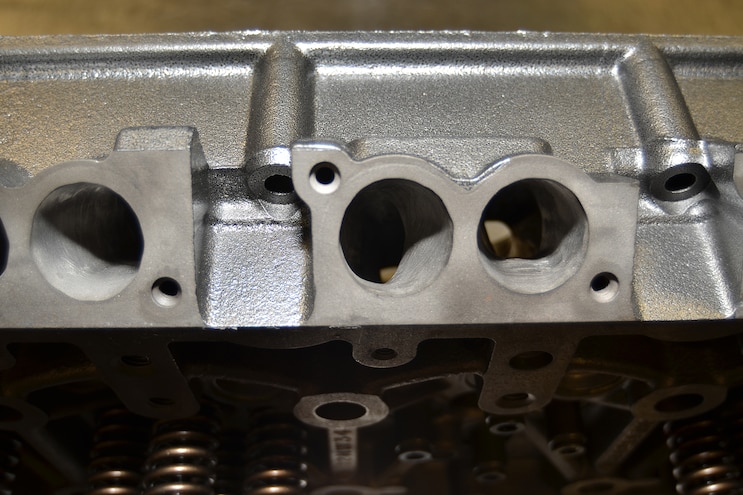 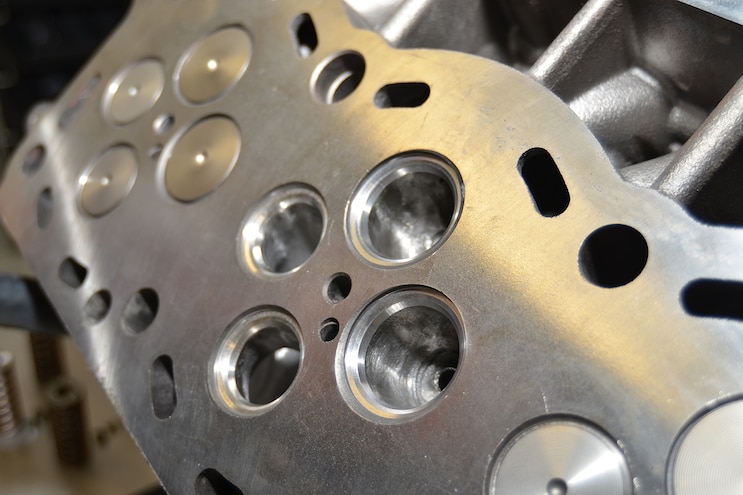 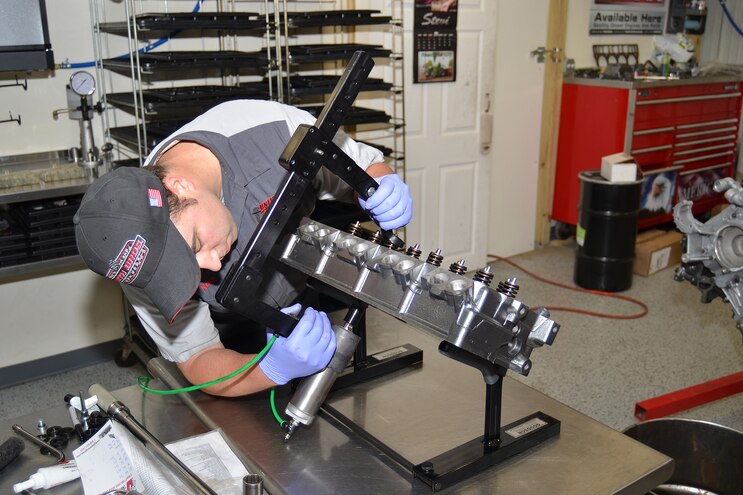 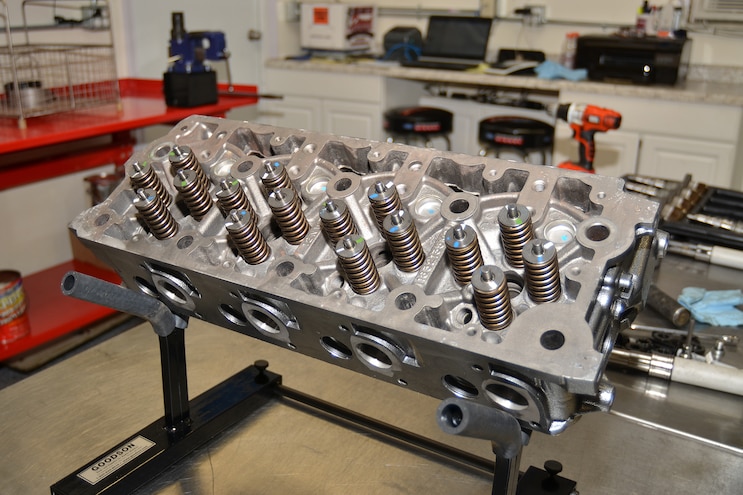 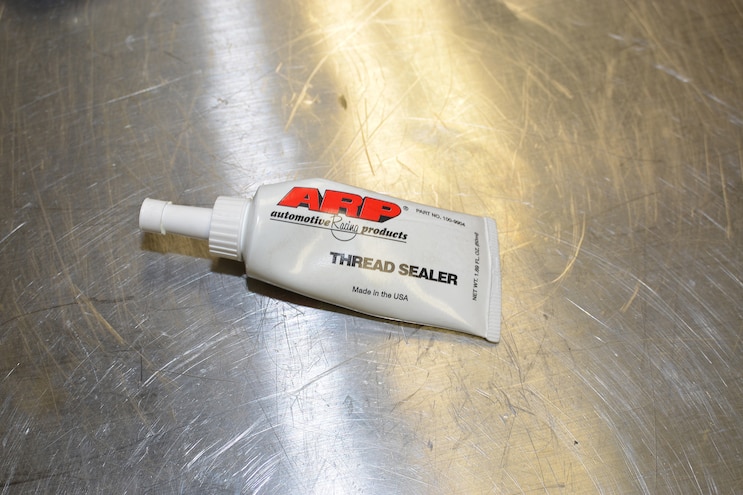 View Photo Gallery | 27 Photos
Photo 14/27   |   013 Project 6 4 Pt2 ARP Thread Sealer
ARP thread sealer is used on the Elite Diesel Engineering head studs, to seal against leakage from the coolant passages. The 6.4L engine blocks are known for occasionally cracking near their lifter valleys from using too much torque when securing the cylinder heads. 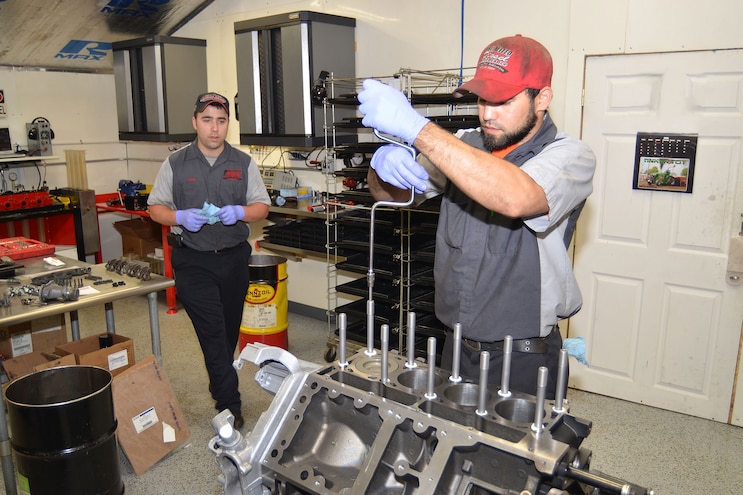 View Photo Gallery | 27 Photos
Photo 15/27   |   014 Project 6 4 Pt2 Head Studs
Elite Diesel Engineering’s studs are made from H-11 tool steel and have higher tensile strength than other fasteners. While most head studs for 6.4Ls are torqued to 250 ft-lb, the EDE studs are a better choice since they are only torqued to 195 ft-lb (to prevent cracking). After Alex Fowler tightens the studs, he backs them out a quarter turn so there’s no unnecessary stress at the bottom of the threads. This also prevents cracking. 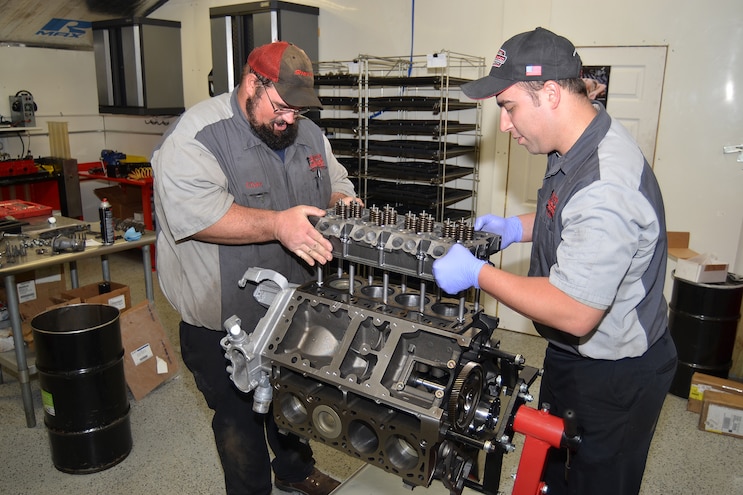 View Photo Gallery | 27 Photos
Photo 16/27   |   015 Project 6 4 Pt2 Head Installation
International head gaskets (an updated version of the originals) are placed over the studs before dropping the new heads on the block. This step is easier as a two-person operation. 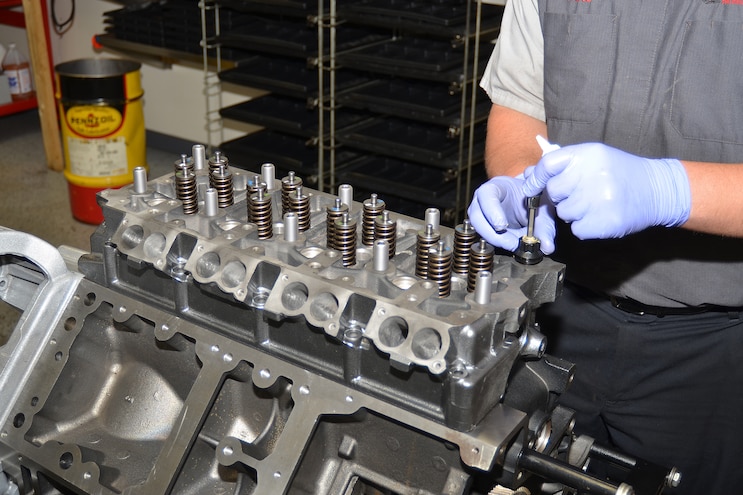 View Photo Gallery | 27 Photos
Photo 17/27   |   016 Project 6 4 Pt2 Head Stud Nuts
The nuts for each stud are initially threaded on until they’re handtight. Notice how an Allen socket is used to prevent the stud from turning in the block. 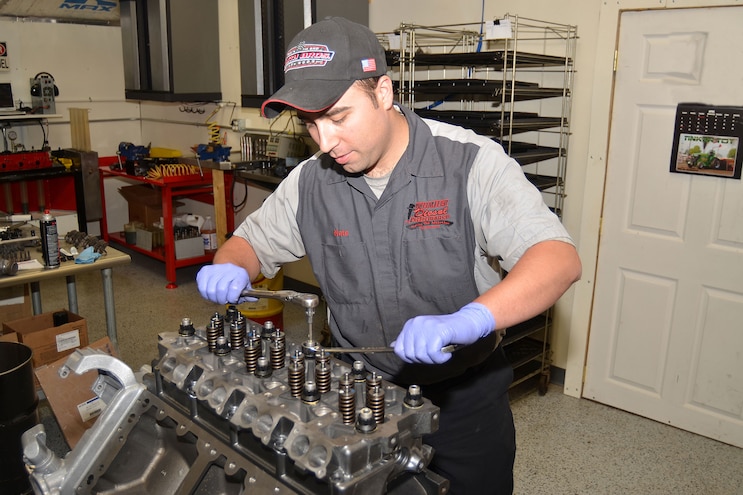 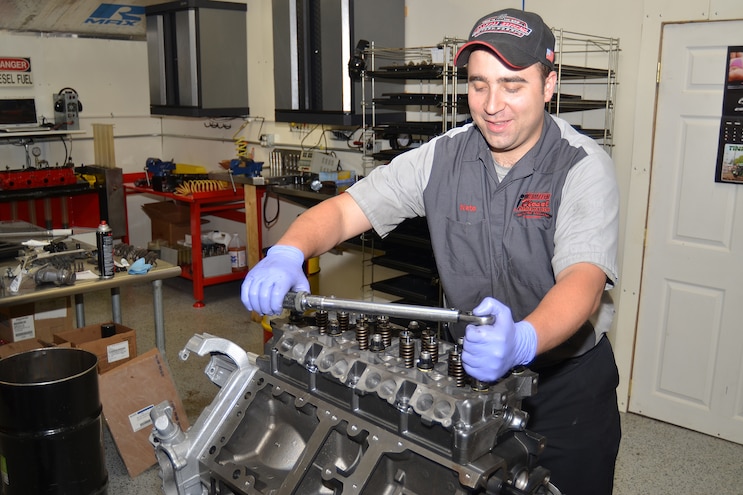 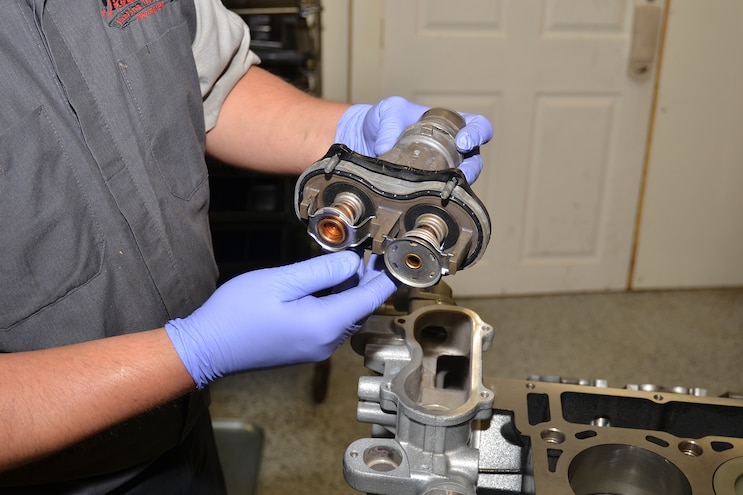 View Photo Gallery | 27 Photos
Photo 20/27   |   019 Project 6 4 Pt2 Thermostats
The latest-generation thermostats are installed. Early design thermostats are known to hyperextend and cause high pressure in the cooling system, which is blamed for several radiator leaks in early 6.4L engines. 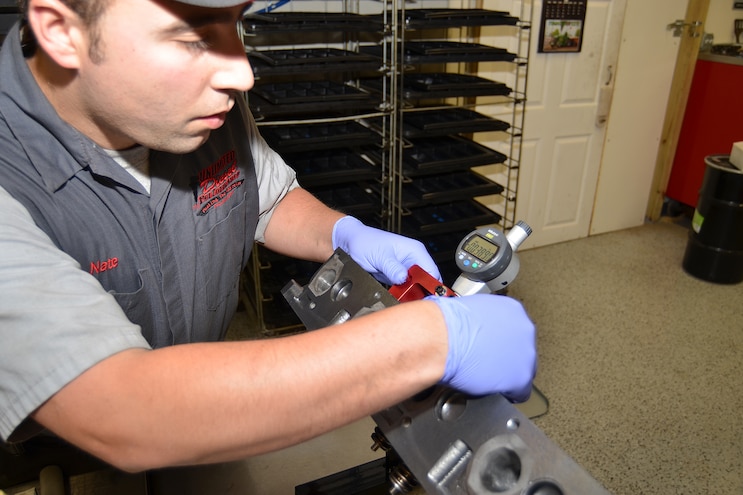 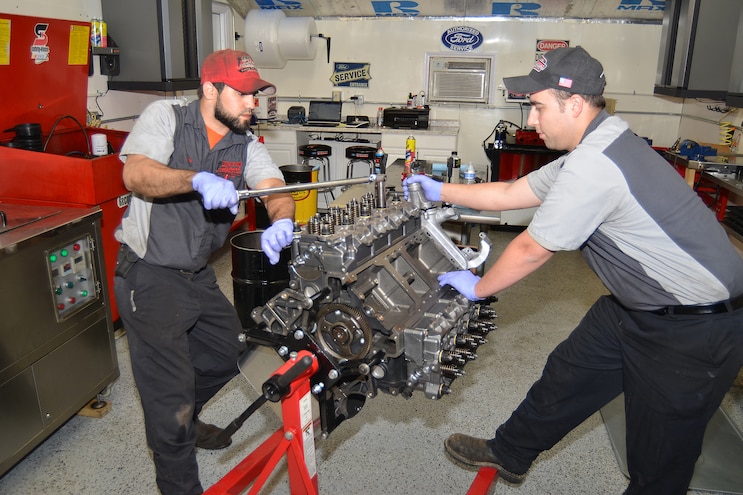 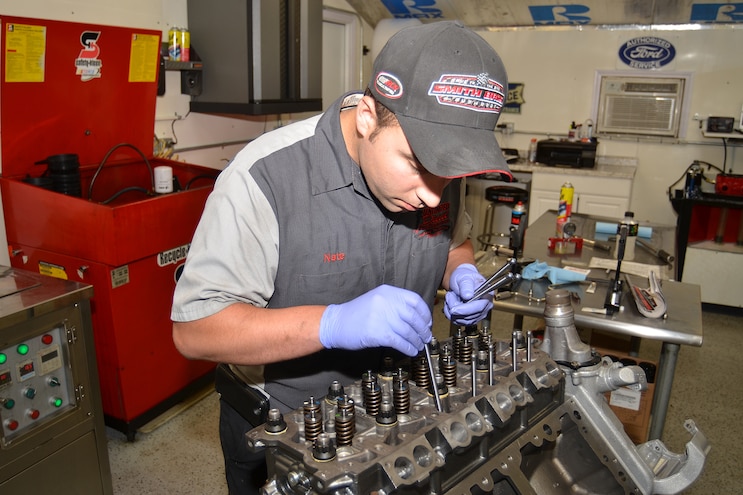 View Photo Gallery | 27 Photos
Photo 23/27   |   022 Project 6 4 Pt2 Push Rods
Unlimited Diesel Performance uses Smith Brothers’ pushrods to achieve maximum valve travel, so you don’t have to worry about bending under heavy stress from the valvesprings. These pushrods have a much heavier wall thickness than the stock pieces. 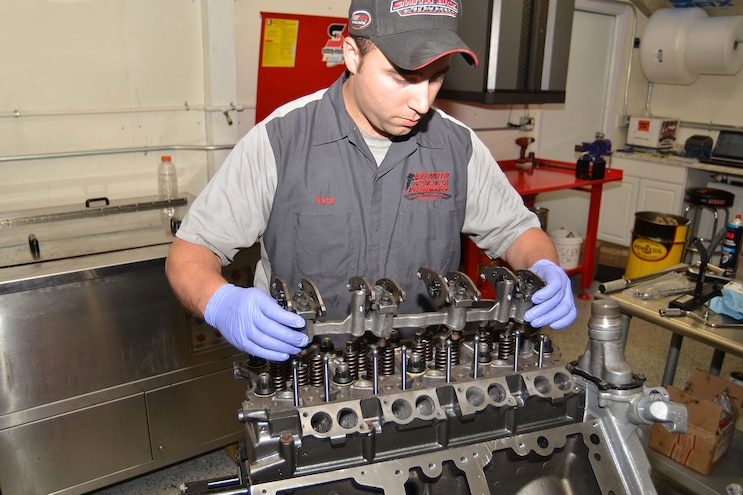 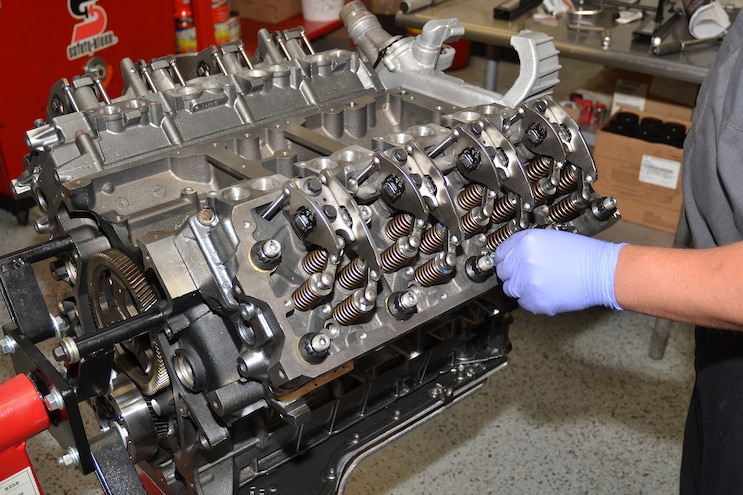 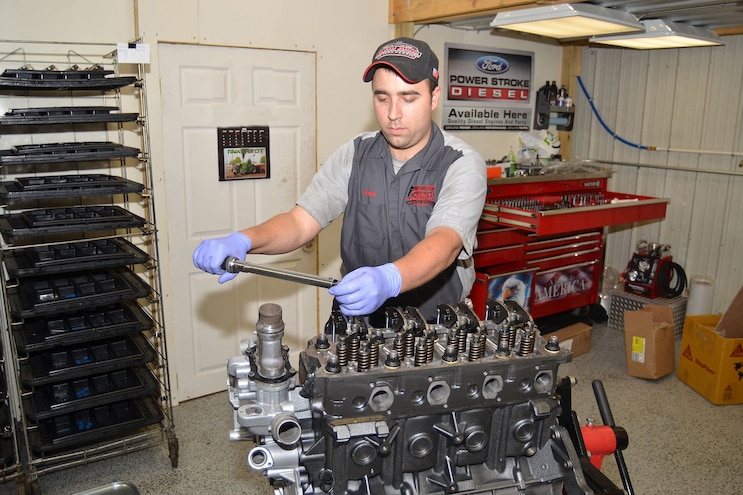 View Photo Gallery | 27 Photos
Photo 26/27   |   025 Project 6 4 Pt2 Torque Rockers
After checking alignment of the rocker arms on the valves and pushrods, the full assembly is snugged down before final torque of 45 ft-lb is applied. 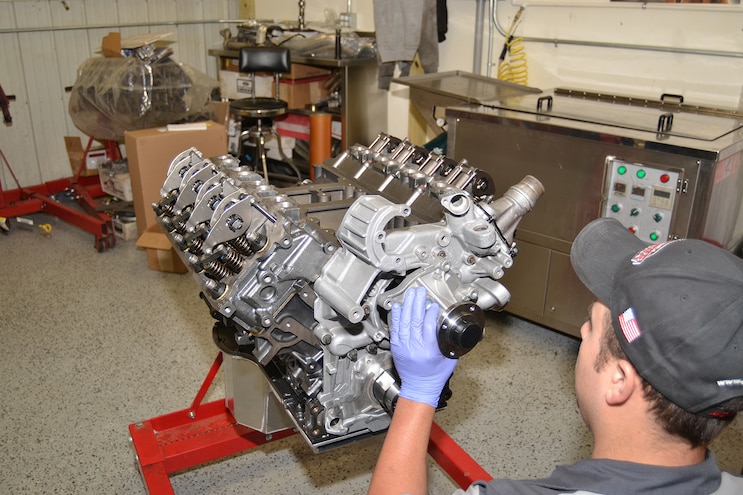 - OF
By Todd Kaho
6 Articles