Victor's long-suffering 2007 Toyota Tundra certainly has quite the resume. 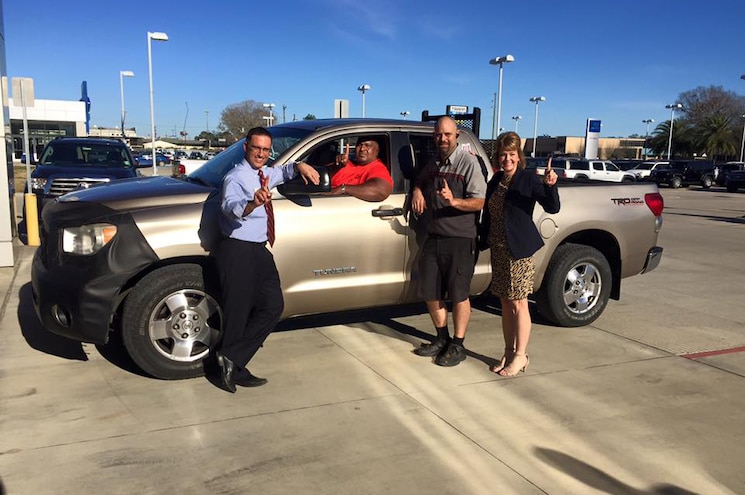 Every truck maker talks about long-term reliability, but what does that really mean? How long is “long-term”? For Victor Sheppard, it is more than a million miles in his 2007 Toyota Tundra.
Sheppard is a hotshot driver delivering supplies for oil operations. This niche job means he is driving across the country from oil fields in Louisiana to North Dakota and docks anywhere in California to Virginia delivering freight to the fields and businesses that work with oil companies. It also means a lot of time behind the wheel of his Toyota Tundra. 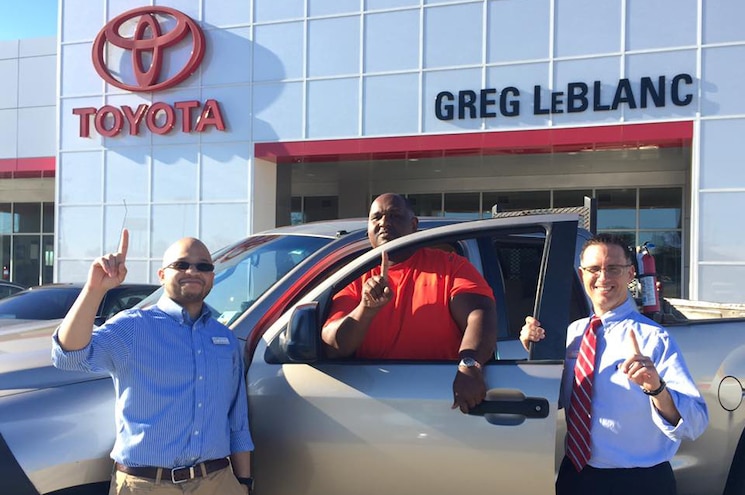 View Photo Gallery | 4 Photos
Photo 2/4   |   2007 Toyota Tundra Million Mile Owner And Salesmen
With that many miles on a truck bought brand new on May 29, 2007, from Greg LeBlanc Toyota in Houma, Louisiana, one has to wonder what kinds of repairs it has needed.
“Basically all I’ve done is oil changes,” Sheppard says. “The only mechanical issue I’ve had with my truck was at 776,000 when the reverse went out. I continued to use it, and thought if I ever got in a bind, I could just push it back.” 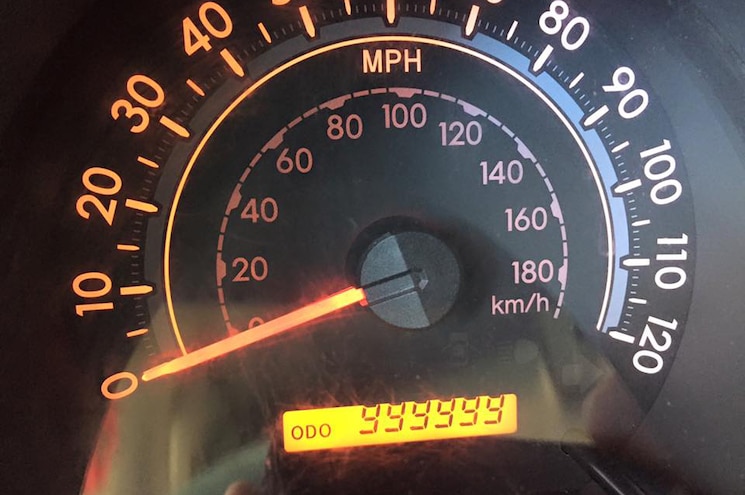 View Photo Gallery | 4 Photos
Photo 3/4   |   2007 Toyota Tundra Million Mile Odometer
He eventually got the reverse fixed and is currently on the road to New Orleans from Norfolk, Virginia. Since the odometer stopped working at 999,999 miles, he is now tracking his mileage with the trip odometer. As of this writing, he has 3,300 miles on the trip odometer and counting.
How’s the truck running now?
“Truck’s running fine,” Sheppard said. “I’ll tell you this in a heartbeat, my truck is so comfortable. I also have no fears of it breaking down.”
On the inside, Sheppard says the interior still looks great.
“The seats have no rips or anything, and the interior is in great shape,” Sheppard said. “The only minor issue is on the driver side felt lining on the top of the cabin has a little tear in it.” 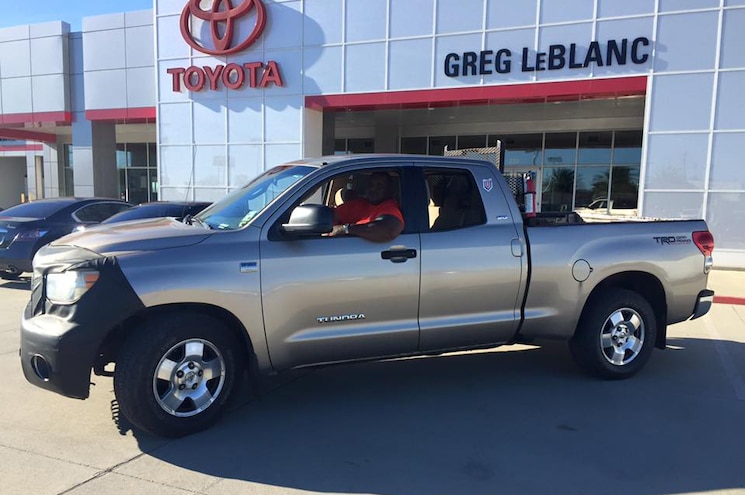 View Photo Gallery | 4 Photos
Photo 4/4   |   2007 Toyota Tundra Million Mile Front Quarter Greg Leblanc Toyota
Besides that, Sheppard says the intermediate mode on the windshield wiper stalk doesn’t always work and he needs to have the wipers fully on or fully off when it is rainy.
This truck’s reliability reinforces how Sheppard has felt about the brand since he started driving Toyota products in 1988 after graduating college. He even worked for Bohn Bros Toyota in Harvey, Louisiana, for a while. It seems safe to say that whenever the 2007 Tundra gives out, Sheppard will be looking for another Toyota to put another million-plus miles on.
Image Source: Greg LeBlanc Toyota