Time Stands Still for This Avalanche 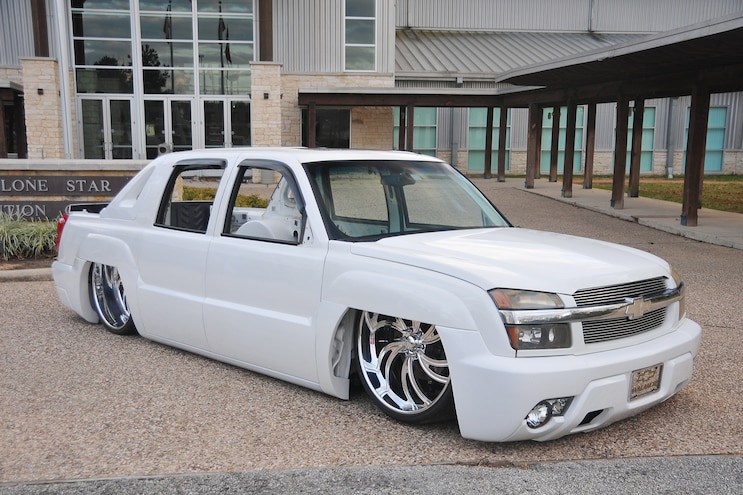 When James Powell of Niceville, Florida, decided to go outside the box, he exceeded all expectations. Although he got involved in trucks in the ’90s, it wasn’t until after he met his friend Brandon Castle that his vision became more focused. “I always wanted a truck, but I just couldn’t afford what I wanted,” Powell told Truckin. It took years of helping friends and working to gain the knowledge and a better financial standing to finally reach that point. 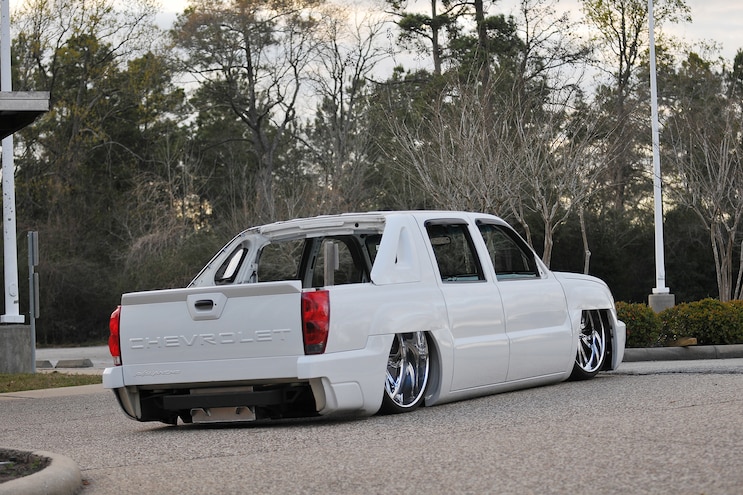 View Photo Gallery | 6 Photos
Photo 2/6   |   02 2002 Chevrolet Avalanche OverDue
The turning point came when Powell test-drove this ’02 Chevy Avalanche and instantly fell in love with the way it felt. After he bought the truck, his initial goal was to use it as a daily driver. But, the more he looked at it, the bigger the itch to customize it became. Powell searched around for similar body styles that were body dropped but couldn’t find one that laid rocker on 28-inch wheels. During his research, he discovered Jimmy’s Rod & Customs, which led him to bring the Chevy in for massive custom work.
Powell and the team at Jimmy’s worked diligently to transform the once-stock Avalanche to a ground-shattering custom truck. With tons more plans in the works, Powell wishes to thank the entire team at Jimmy’s Rod & Custom and Castle for his insight and motivation. A special thanks to his loving wife Grace Powell for putting up with the financial cost associated with building OverDue. 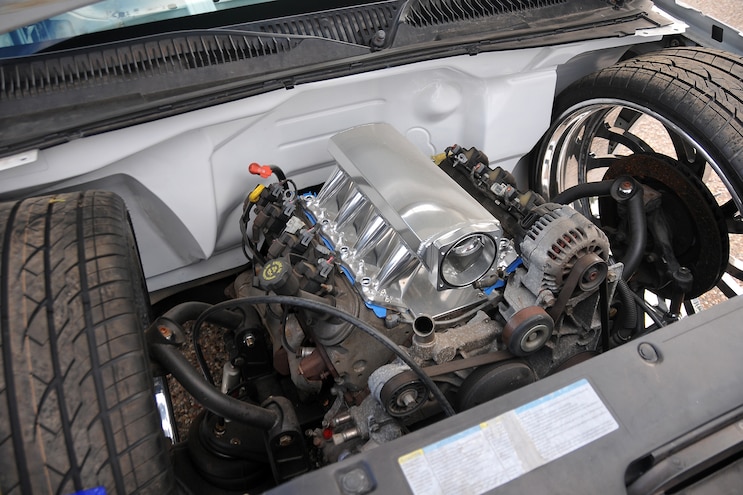