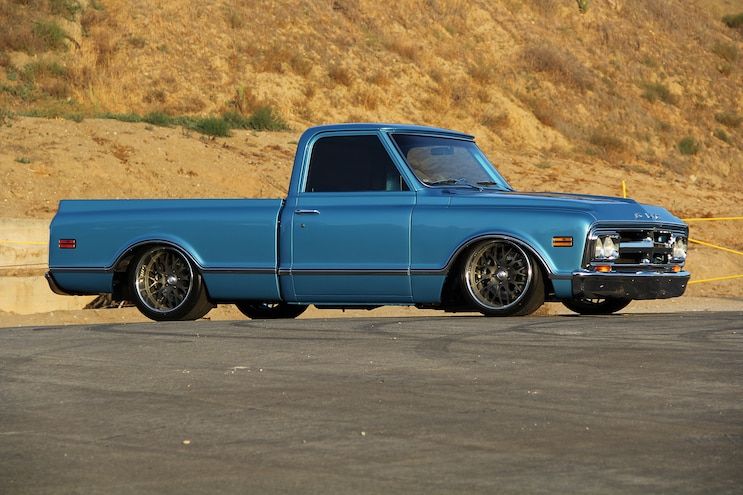 For car guys, there is nothing more relaxing than a roadtrip. Cruising along the highways and byways is a great way to unwind and take in the sights. For the residents and daytrippers of British Colombia, that can mean a seemingly endless expanse of rolling farmlands. Watching wheat dance rhythmically in the wind can really set your mind at ease and take away the cares of your everyday life as you zoom down the asphalt toward your destination. As Neil Tomyn was speeding through a relaxing drive from his native Alberta through BC, he spotted something in a field that caused him to slam on his brakes and get out to investigate.
He happened to see a ’68 GMC C10 sitting all by its lonesome in a grassy field, and wheels started to immediately turn in his head. The truck spoke to him; he had visions of turning the long forgotten farm truck into something more. With a full head of steam, he spoke to the nearest farmhouse and managed to track down the owner. And as the deal was struck, Tomyn already had ideas on how to transform his newly acquired GMC into a restomod he could cruise on those very same highways to show the former owner what he had created. Soon after the project began, however, he decided the GMC was destined to carve a different type of asphalt. The Autocross scene came calling, and there was no looking back. 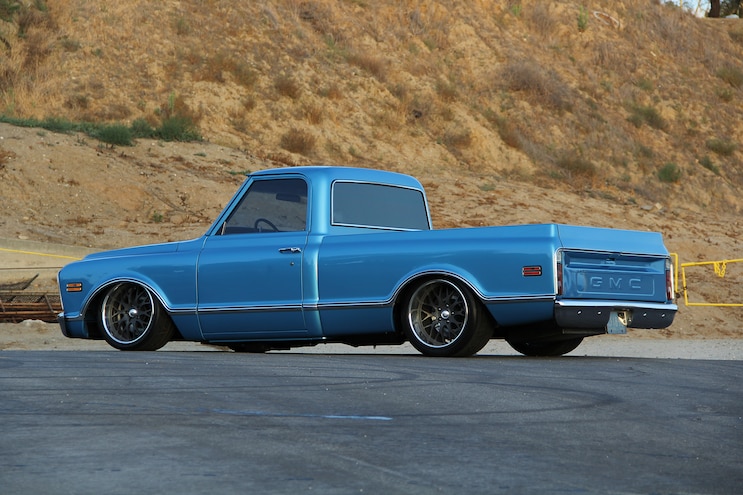 View Photo Gallery | 11 Photos
Photo 2/11   |   03 1968 GMC C10
The stock frame received a complete bolt-in front crossmember from No Limit and upgraded with Camaro spindles, RideTech shocks and a 1 1/8-inch sway bar. The stock 12-bolt rear end had 3 1/2 inches removed from each side and fitted with a 3.73:1 Eaton posi, Moser axles, and an Early Classics Enterprise Panhard bar. Classic Performance Products tubular trailing arms round out the rear. An AccuAir E-level system is connected to the Slam Specialties ’bags in front and Firestone ’bags in the rear, which get their air supply through all stainless lines. Keeping things in check are Wilwood 14-inch discs tucked behind 19x10 and 19x10 Intro Pristine wheels wrapped in 285/30R19 and 345/30R19 Nitto tires.
A small block from Dart was fitted with an Eagle rotating assembly and stroker kit, Wiseco forged pistons, a Comp solid roller cam, and a FAST Z EFI unit. AFR aluminum heads are squeezed to 11.5:1 compression while still being able to run on 91 octane. All that pumps out 720 horsepower and is mated to a ’80s era 700R4 trans with a TCS 3,200 stall converter. 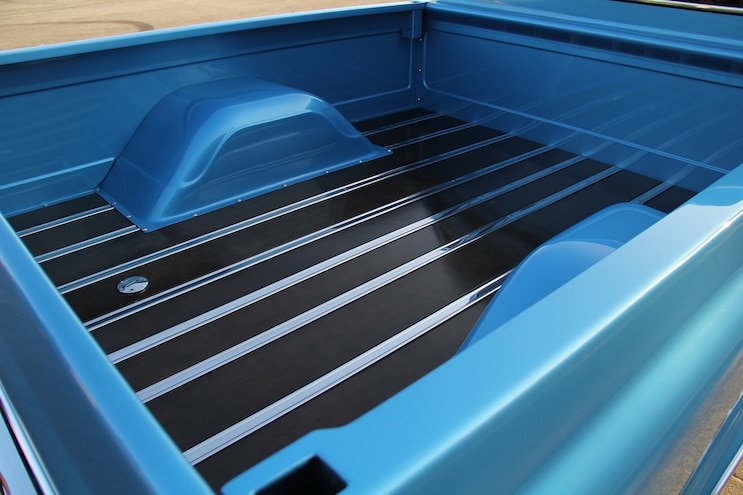 View Photo Gallery | 11 Photos
Photo 3/11   |   08 1968 GMC C10
The exterior was given a once over, but nothing outwardly wild. Tomyn wanted to keep all the style that the ’68 GMC had when it rolled off the line and only needed to widen the rear wheelwells 5 1/2 inches. The doors were upgraded with one-piece glass from Brothers. The bed wood had seen better days and was swapped out for custom-stained maple that a friend installed. A coating of GM specific DuPont Medium Blue rounds out this otherwise sleeper of a build.
The interior continues the no-nonsense theme of the exterior with most of the attention going towards the Autocross-specific upgrades. The factory buckets were recovered in black leather, with the addition of a five-point harness for track safety. Auto Meter Phantom gauges sit above an Ididit column with a Billet Specialties wheel, and the cab stays cool with a layer of Dynamat and a Vintage Air setup. A Pioneer stereo can crank tunes if Neil ever wanted to take the ’68 out on the back road of Alberta for a little practice. 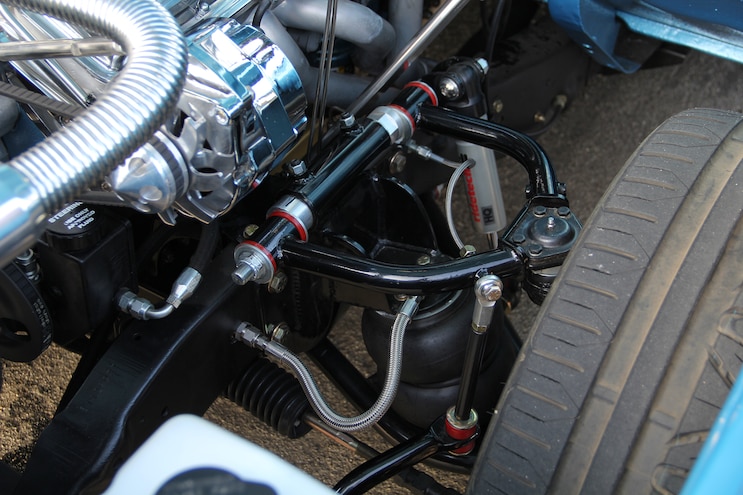