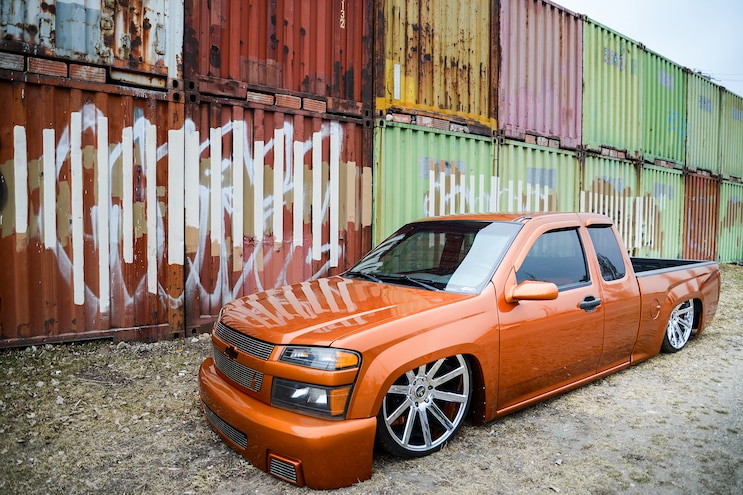 We’ve all been there before—your daily driver becomes too nice to use every day or turns into a long-term project, leaving you without a set of wheels for daily duties and commuting to work. So, you buy a new daily and tell yourself, “I’ll just keep it stock for now.” Those are famous last words! In no time, it’s static dropped with a new set of wheels and a stereo system that wakes the neighbors. Before you know it, the itch just isn’t scratched enough, and it’s time for air ride. Now, it’s rinse and repeat, “I just bought a new daily, and now I need a new daily.” 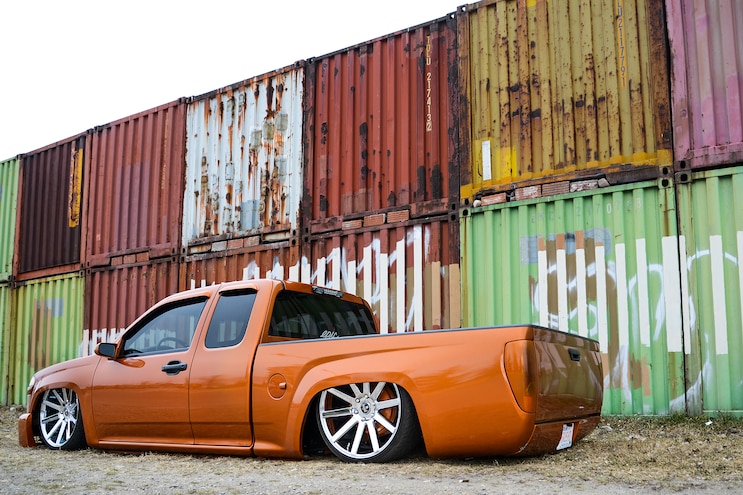 View Photo Gallery | 8 Photos
Photo 2/8   |   03 2004 Chevrolet Colorado
This is the exact scenario Dave Tavares found himself in with his new ride. Though, he did manage to get one good summer out of his new daily, a 2004 Chevy Colorado. He bought it when it was a decommissioned parts delivery truck, and he tore into it for a full build. Tavares is an automotive and parts tech by trade, and the truck was lowered almost instantly. It was just as quickly filled with an assortment of Kenwood and Hertz audio gear from buddy Landen Malkewich. 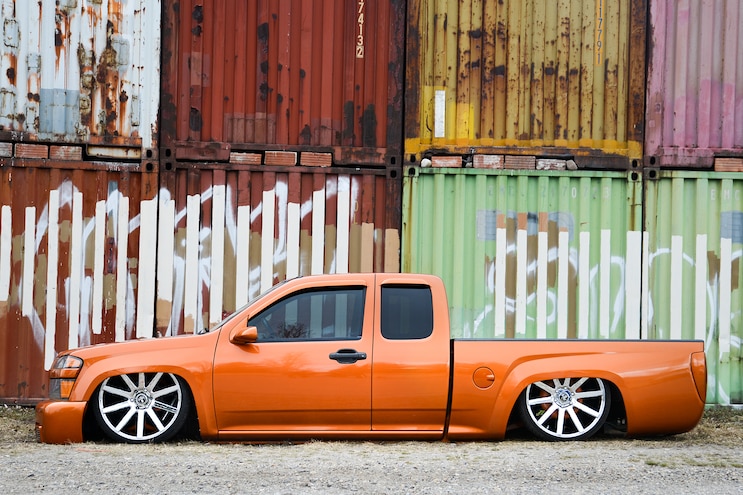 View Photo Gallery | 8 Photos
Photo 3/8   |   02 2004 Chevrolet Colorado
Tavares considers himself a diehard mini-trucker, and his friends are the type of people who are constantly pushing the envelope, and he soon enough found himself wanting to do the same. Enter Epic Rod & Custom and owner and fabricator Sam “Doc” Hutchinson, who would help take the Rado to the next level. The next level was a full custom frame for a stock-floor body drop, custom one-off front suspension, and control arms that can handle the Rado's unique suspension design, and a custom wishbone three-link out back riding on Air Lift Dominator ’bags.
To push the envelope further, the entire frame and all the components have been powdercoated. Also, new brake and fuel lines have been bent up, along with a custom aluminum fuel tank, and custom mounts for the Yellow top Optima batteries. To tuck the 22-inch Dub Shot Callas deep into the fenderwells, Hutchinson at Epic narrowed the rear axle housing 2 inches per side and filled it with new Moser axles. All that attention to detail had not gone unnoticed. The Rado cleaned up in the under-construction class this past summer, giving Tavares and Hutchinson that warm fuzzy feeling and motivation for the final push to button up the whole project for the 2016 show season.

View Photo Gallery | 8 Photos
Photo 4/8   |   04 2004 Chevrolet Colorado
Final details include an old-school custom leather-wrapped S-10 bench seat and interior to keep Tavares comfy during all those miles he plans to put on the truck, so he can officially get it back to daily-driven status. And you better believe he plans to drive the wheels off this Epic Colorado. We know we’ll see it at both shows near and far. Stay tuned for the full feature upon completion. 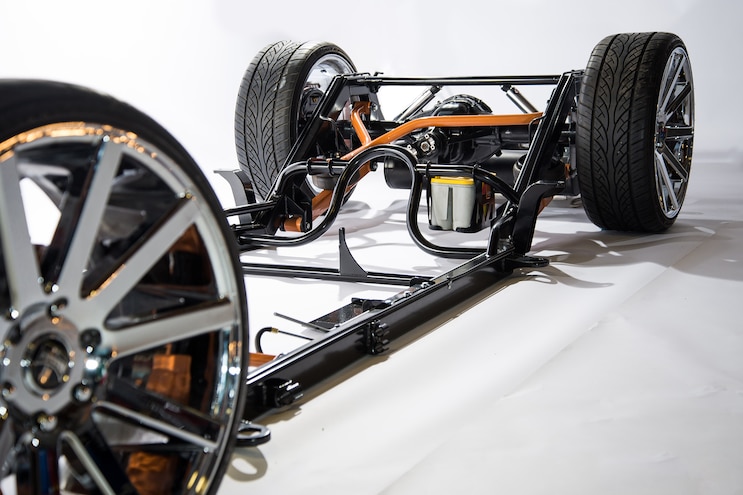