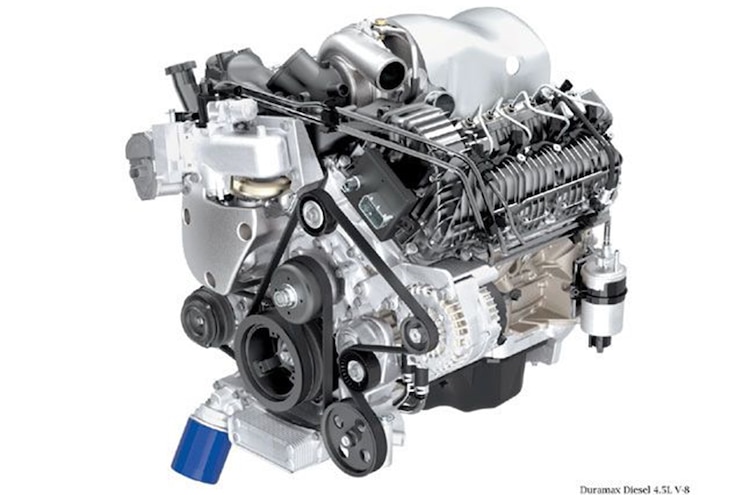 Back in 2009, we all got soooooo close to seeing the 4.5L Duramax LMK V-8 engine offered under the hood of Chevrolet Silverado/GMC Sierra 1500 pickups. Then, General Motors released this heartbreaking news:
GM Statement Regarding the Duramax 4.5L V-8 Diesel
2009-03-11
Given the current economic climate, GM has reviewed and updated its U.S. product portfolio and has decided to place on indefinite hold its previously announced plan to add a Duramax 4.5L V-8 diesel engine in 2010 to its Chevrolet Silverado and GMC Sierra light-duty trucks.
Chevrolet and GMC will continue to offer a heavy-duty Duramax 6.6L V-8 diesel, which is class-leading in both horsepower and torque. Light-duty truck customers can also choose from several fuel-efficient gasoline engines with GM’s Active Fuel Management mated to a six-speed transmission or a new 2-Mode hybrid that provides up to 40 percent improved city fuel mileage and 25 percent improvement in overall fuel efficiency. In fact, no other fullsize pickup has better fuel economy.
GM remains optimistic that the Duramax 4.5L V-8 diesel may be a viable option in its future portfolio.

View Photo Gallery | 4 Photos
Photo 2/4   |   duramax Diesel Engine photo
The 4.5L Duramax LMK was a clean-sheet V-8 diesel engine designed to produce 310 hp and 510 lb-ft of torque, while meeting modern emissions requirements and returning good fuel economy. Unfortunately, its design was completed just before the financial crisis of 2008 and was scrapped indefinitely.
D’oh!
What a bummer! Remember, this message was published a full four years before the Ram 1500 EcoDiesel showed up on dealer lots with a 3.0L V-6 that makes 240 hp and 420 lb-ft of torque. Those numbers are not bad at all, but the 4.5L Duramax LMK V-8 promised 310 hp and 520 lb-ft in a ½-ton pickup! That’s the same number of ponies being offered in the new 5.0L Cummins-powered ’16 Nissan Titan XD, which definitely does not drive like a ½-ton pickup. 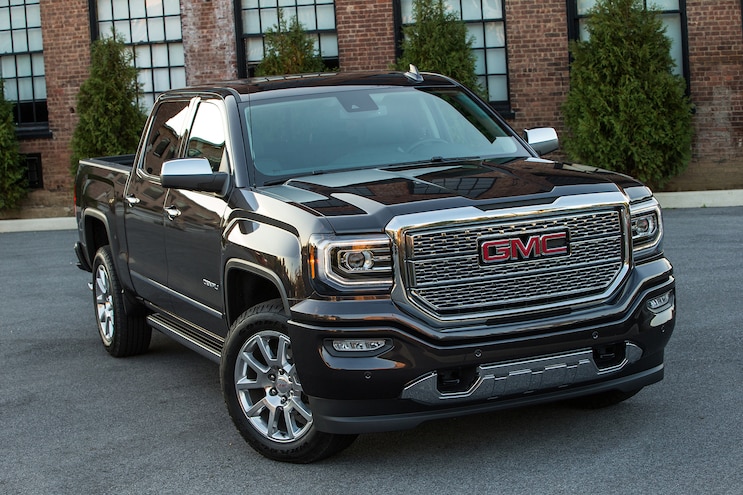 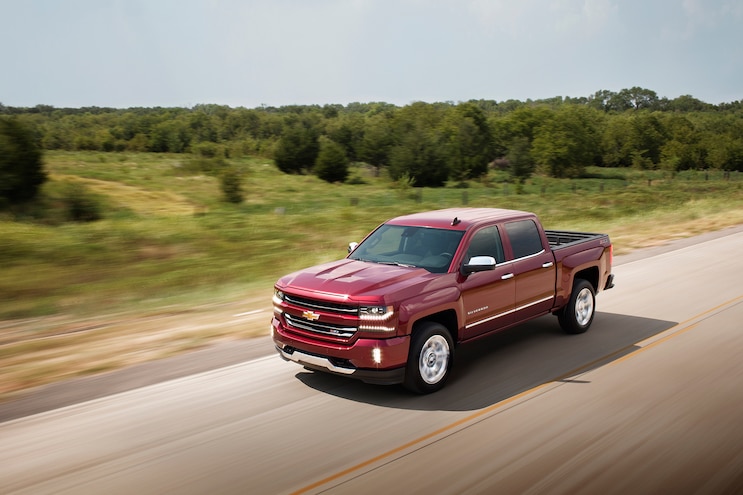 View Photo Gallery | 4 Photos
Photo 4/4   |   003 2016 Chevrolet Silverado 1500 LTZ Z71 In Motion
There were never any model year 2010 Chevy Silverado/GMC Sierra 1500 oil-burners that went on sale to the public. I’m hopeful that competition from the upcoming diesel-powered F-150 and the existing Ram 1500 EcoDiesel will convince GM to remove the 4.5L Duramax LMK from its home in mothballs and slap it under the hoods of its modern ½-ton trucks.
What Happened?
Even though the original “Baby Duramax” was a brand-new, clean-sheet design, with a compacted-graphite-iron (CGI) block and “reverse-flow” heads that promised to bring massive diesel power and torque to the ½ ton market, it came to fruition just as the economy collapsed. General Motors was in danger of going out of business, and the Duramax LMK project was shuttered before it got a chance to catch on with the public. It hasn’t been talked about by the company since.
What Now?
My hope is that with Ram Trucks selling loads of 1500 EcoDiesel pickups and Ford apparently building a V-6 diesel version of the F-150, GM will pull the 4.5L Duramax V-8 out of mothballs and steal the show. From the start, the LMK engine was designed to meet modern emissions standards while providing high performance, good fuel economy, and a robust modern design. This makes it a perfect fit for customers like myself who have a preference for GM trucks but are being tempted by the diesel offerings of “the other guys.” Unfortunately, the voice of one fan probably can’t sway the minds of the bigwigs in Detroit, but maybe you can help. If you want to see the 4.5L Duramax for sale anytime soon, let Chevrolet and GMC know by making your voice heard on social media and by talking to your local dealer. It can’t hurt to ask!
-Trevor Reed