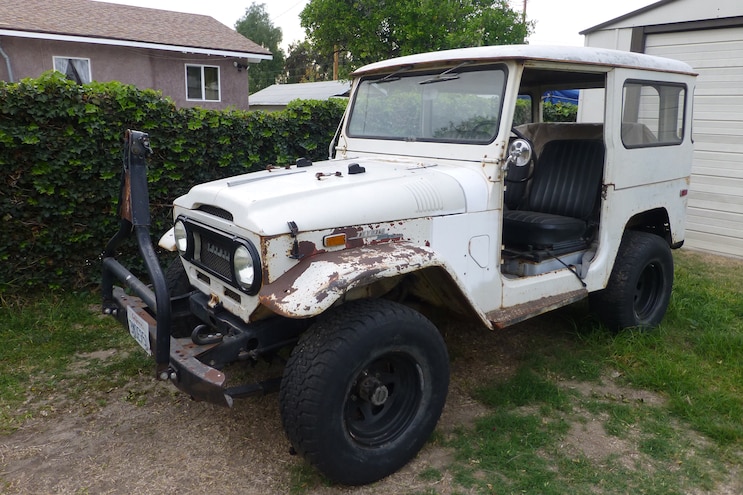 Well, here I am: The new guy, doing my first editorial column. As I sit here thinking about what title my page should have and what to write about, I ponder things. I say to myself: “Wow, this is a change.” It was not too long ago that I was wrenching on diesel engines, and now I get to write about them. If someone would have asked me a few years ago if I might someday be writing about diesels for a magazine, my answer would have been, “Yeah, right!”
But, things change, sometimes for better and sometimes not. For me, things are better. I’m now the technical editor at Diesel Power and starting a new chapter—a new adventure in my life. I am excited to be writing about the things I love, the stuff my world already revolved around: cars, trucks, and motorcycles.
I am a motorhead. If it can be driven, ridden, steered, or piloted, I’m all in. I love to ride dirt bikes and go on adventures both on- and off-road. I grew up going on four-wheel-drive trips with my family. These trips showed me how much fun can be had by going on adventures in a truck: traveling to new places, seeing new things, and meeting new people.
Learning how to drive at a young age just furthered my love for the automobile, and at age 15, after saving since I was very young, I bought my first car (a Volkswagen bus, actually). I got that rig running and never looked back. Through the years, I have owned so many different cars, trucks, and motorcycles that it is hard to keep track. Even today, I own more vehicles than I could possibly ever need, with more than one of them in a different state of disrepair (a project). The problem is, I always seem to want just one more. I plan on finishing my projects someday (it might be when I’m 90, though).

View Photo Gallery | 2 Photos
Photo 2/2   |   01 Lehenbauers 1971 Toyota Land Cruiser
This is my ’71 Toyota Land Cruiser, sitting in the yard looking a bit neglected. The plan is to build the Cruiser into a more capable four-wheeler by giving it a much-needed diesel engine and drivetrain swap, with a custom-built suspension system.
Would it surprise you if I said I went to college with a dream of becoming a teacher? Yes, I wanted to help develop young minds. But after earning a degree and working in the schools for a few years, I came to the conclusion that teaching was not for me. Cars and trucks were at my core, so I changed careers and accepted a job as a mechanic, working on fleet vehicles. I started at the bottom, learning the trade as I moved up. After close to 17 years of wrenching on trucks, tractors, cars, and numerous other things, my aching body and mind told me it was time to move on. So I began hunting for jobs that would allow me to stay in the automotive/truck field and still using my knowledge and skills, but in a different way. Making a long story short, all my searching has paid off.
While trying to come up with a title for this editorial, I kept thinking diesel the entire time, asking myself: “How do they work?” and, “What are the key features?” and so on. Then it came to me. What is at the core of how a diesel engine works? Three things: air, compression, and fuel. The air is compressed, fuel is injected, and bam, they detonate. That detonation is what drives the piston, which turns the crankshaft that spins the engine. The detonation of the air/fuel mixture also causes the clatter you hear coming from a running diesel engine. It’s the thing that makes a diesel, well, sound like a diesel. I know the rattle is not as prevalent in newer engines, but I can still hear the sound of a Detroit 6V92 in the back of my mind.
Yes, I know the word “detonation” brings to mind bad things, like bombs exploding, or gas engines knocking and such. Rest assured, here at Diesel Power, we only deal with the controlled explosion of air and fuel (total goodness). But, in a nutshell, that’s my logic for coming up with the title you’ll see on this page each month, “Detonation.”