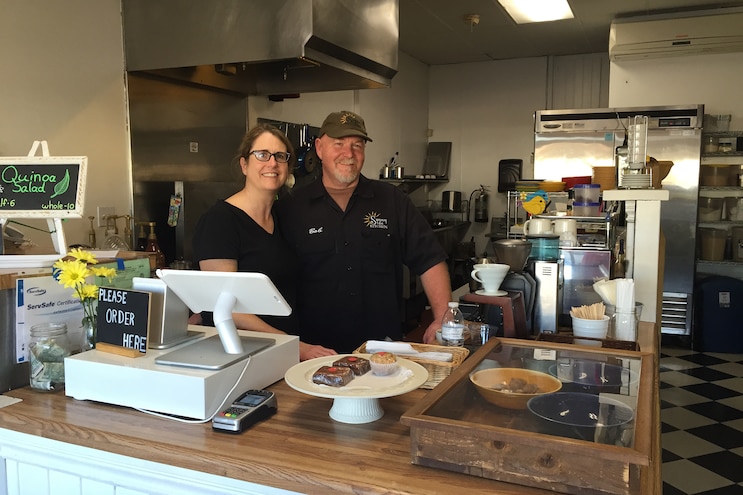 A million things raced through my mind when I opened former 8-Lug editor Bob Carpenter’s short but direct email: “I have something I want to give you.” In the wake of an unexpected corporate shuffle that ousted lots of good people and put tons of loose ends in the hands of new editors like me, I expected more headaches to be thrown in my lap. Some project had probably fallen through the cracks, and I needed to get ahold of so-and-so yesterday, or maybe a pile of pictures needed attention. Instead of saying “no thank you, I don’t want ‘it,’” which was my initial thought, I dutifully met up with Bob one afternoon in January 2015. What he had for me was quite the opposite of what I had expected. It was a hard hat custom-painted by MOB Airbrush. Now, this was one cool lid, adorned with 8-Lug and Work Truck Review logos, on top of a killer fiery, tire-tready background. There was one more detail in particular that stood out to me—it said “Editor.” 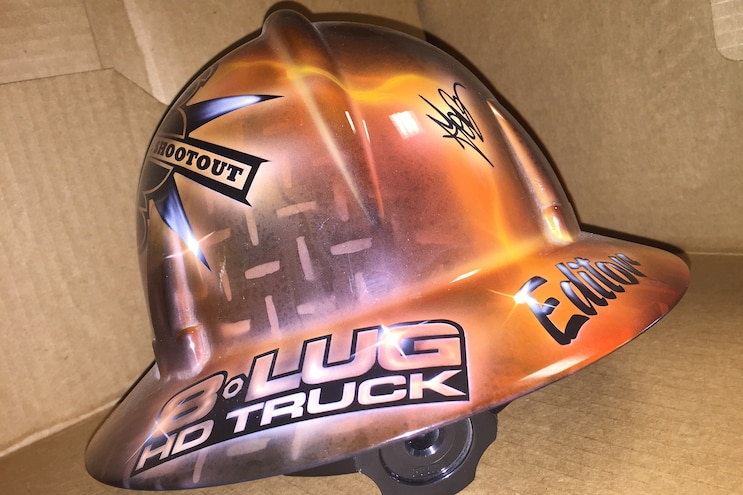 View Photo Gallery | 3 Photos
Photo 2/3   |   002 8 Lug Editor Hard Hat
In addition to reconnecting with Bob, we've also reconnected with Mike O’Brien of MOB Airbrush, who painted this wicked hard hat for Bob about five years ago. Remember the M.O.B. Scene column that ran for a while? Yup, so do we!
What was I afraid of, after all? Bob was and is the nicest guy you'll ever meet. Here he was, passing along the Editor hard hat into my hands. He didn't have to do that. He didn't have to even talk to me...ever...again. But he did quite the opposite—he helped me through the transition. At that moment, I knew he was going to be OK, and so was I. It was quite an honor. The hat still sits on my desk as a literal and figurative representation of Bob passing the 8-Lug and Work Truck Review baton into my hands. Bob had been the editor since the magazine’s inception. Yes, I had been by his side as the web producer for many years after that launch and was very familiar with every story that had ever been done, but it was Bob who had set the tone for the magazine since day one. He was Mr. 8-Lug. He was the foundation.

View Photo Gallery | 3 Photos
Photo 3/3   |   001 Bob Carpenter And Wife Sunny Side Kitchen
It's all about teamwork! Former 8-Lug editor Bob Carpenter and his wife are the hard-working, proud restaurant owners of Sunny Side Kitchen, the place where friendliness and deliciousness collide.
A year had passed since that transaction. While I hadn't seen much of Bob during that time, I knew right where he'd be and knew just what he would be doing. Maybe. If everything went according to plan. And it did. Capitalizing on a perfect Friday afternoon, we decided to take a road trip to the headquarters of Bob’s newest endeavor—Sunny Side Kitchen in San Diego. That's right. Bob and his wife are running their own restaurant, serving up soup, sandwiches, and the best damn lemonade you'll ever have. We popped into the quaint cafe with our 10-month-old baby girl in tote, only to be greeted by Bob himself behind the counter. I think we all reacted with an audible “no way!” We ate heartily, somewhat sad that such delicious food was to be found so far from home. Bob was able to get off his feet (talk about hard work!) for a few minutes to catch up with us on all things 8-Lug and not 8-Lug. So, there ya have it. Mr. 8-Lug is workin’ the kitchen by day and catering local joints by night. It's not for the lazy or unmotivated. It's for those, like Bob, who choose to make delicious lemonade out of life’s lemons.
-Monica
mgonderman@enthusiastnetwork.com