A Mini Tribute to WWII 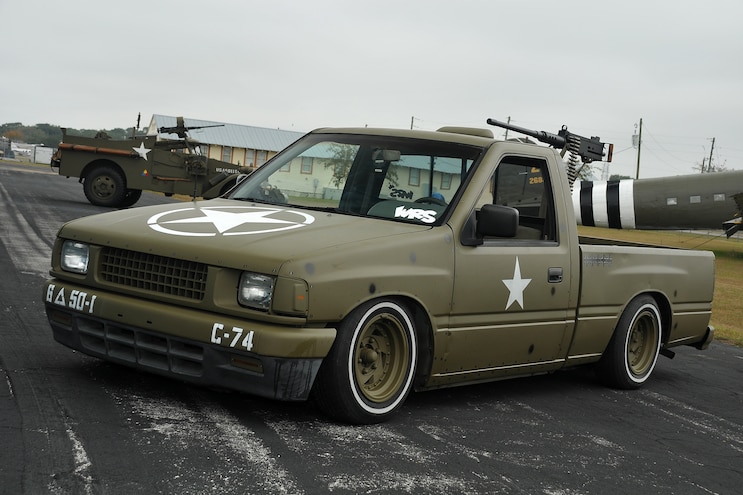 History lessons go a long way. But the most meaningful stories don’t come from a teacher or a book. The best history lessons come from the people who were a part of the history themselves. For 41-year-old Chad Bolender of Zephyrhills, Florida, he grew up with a mountain of information about World War II. His grandfather Karl was in the war, and his loyalty and pride led him to collect artifacts and memorabilia. That passion was passed on to Chad’s father and eventually Chad himself.
Chad decided to find a truck to pass on to his son and found and purchased a 1992 Isuzu pickup at a car lot. To start the family heritage, Chad began the transformation into a WWII artifact. The first step was bringing the new Isuzu lower to the ground. Chad chose spindles in the front and blocks in the rear approach for a safer ride. The next step was a bit more creative. Using his family’s memorabilia, he mounted an M2 .50-caliber machinegun capable of 450 rounds a minute to the bed of the Isuzu. Of course, he made it nonfunctional for safety reasons. 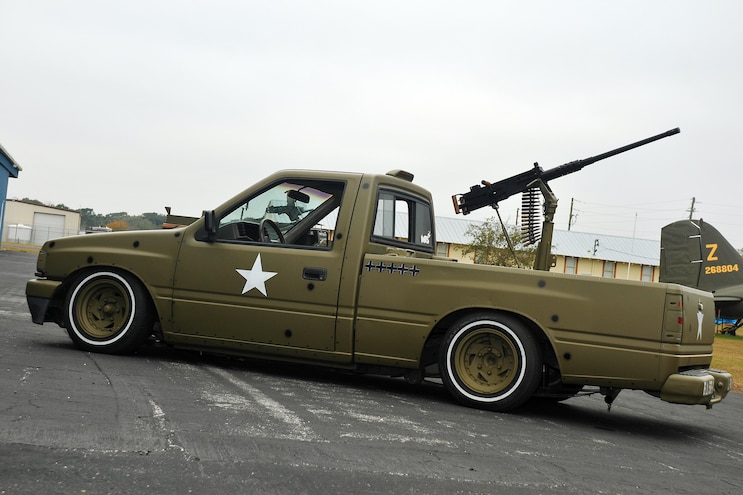 View Photo Gallery | 11 Photos
Photo 2/11   |   03 1992 Isuzu Pickup WWII Tributre
Chad’s next step was laying on an army Olive Drab green flat paint job to resemble the war’s tank colors. For the cabin, Chad added a replica grenade as a shifter and netting throughout the interior.
Chad has been a lifelong truck enthusiast, and the combination of the WWII history and his passion for trucks paired together into one unique and interesting creation. Over the years, his father and grandfather donated many war artifacts to the Military Museum of Zephyrhills, Florida, so others can view the actual items usually only read about in United States history books. Like most good stories, this simple, yet effective, build is a whole lot more than the sum of its parts. 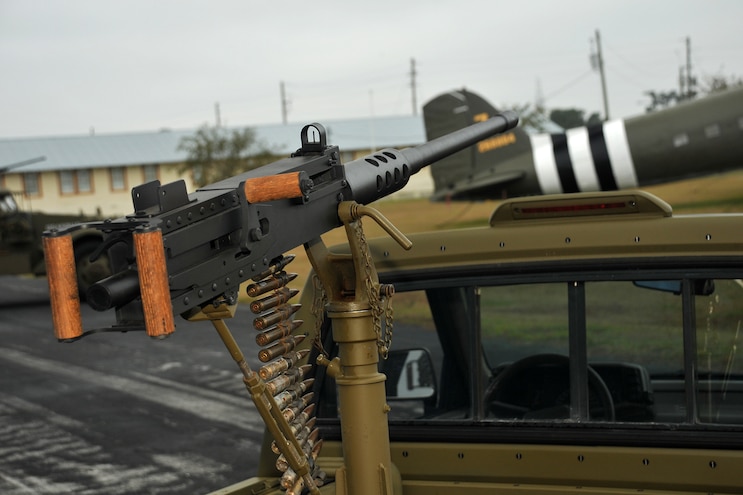