Legends - The History of Winnebago 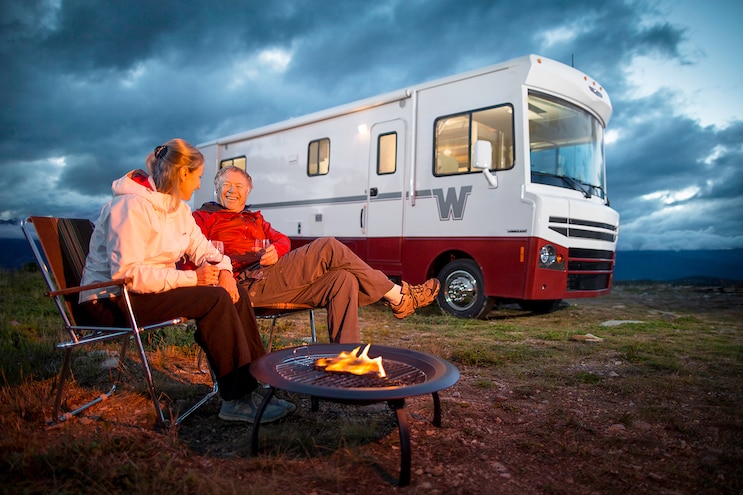 The ’50s were supposedly a boom time in American history, when young families moved to newly developed suburbs and became consumers of all the modern appliances that were hitting the market. However, prosperity hadn’t reached Forest City, deep in the heart of Winnebago County, Iowa. The local economy was as flat and featureless as the land that surrounded it. Something had to be done.
A funeral home manager with a bachelor’s degree in mortuary science might seem an unlikely candidate to bring Forest City’s business scene to life, but John K. Hanson had more going for him than embalming fluid and a black suit. He was an entrepreneur—an entrepreneur who liked camping.
In 1957, he started up a dealership selling travel trailers. After a year of that, he managed to convince a California supplier, Modernistic Industries, to open a manufacturing facility in his neck of the woods near the banks of the Winnebago River. Things didn’t go too well. 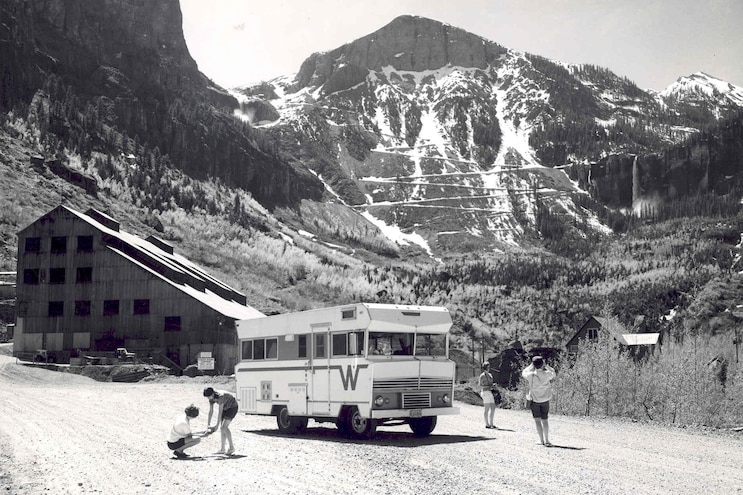 View Photo Gallery | 4 Photos
Photo 2/4   |   1968 D 18 Winnebago
By 1959, Modernistic’s prospects were slim, prompting a group of local businessmen, led by Hanson, to buy out the operation. They had $100 in liquid funds, debts amounting to $42,000 and 39 trailers in the yard. This was when Hanson rolled up his sleeves (probably literally, as well as metaphorically) and forged his reputation for being a hands-on boss.
The recreational vehicle (RV) was already in existence (some were even built on the Ford Model T chassis), but this was the direction Hanson wanted to pursue. And he saw Henry Ford’s mass-production methods as the way to get there. He changed the company name to Winnebago Industries in 1960 and established the manufacture of dedicated components right down to furniture designed and built especially for motor homes. One Winnebago innovation was the “Thermo-Panel,” with insulating foam between an aluminum exterior sheet and inner paneling. It kept weight in check and made the vehicle more like a home away from home, especially when other amenities like shower cubicles, wardrobes, carpets, and fullsize kitchen equipment were added. Speaking of carpets, the Chieftain model had an integrated vacuum cleaner as standard.
The first real Winnebago (as we’ve come to know and love them) left the factory gates in 1966, priced to undercut the competition. That RV, with the serial number of 001, was still running well into the 21st century. Different lengths were available, from 17 to 27 feet, with the design morphing into the instantly recognizable V-shaped bodywork over the windshield and the iconic “Flying W” emblem painted on the sides. 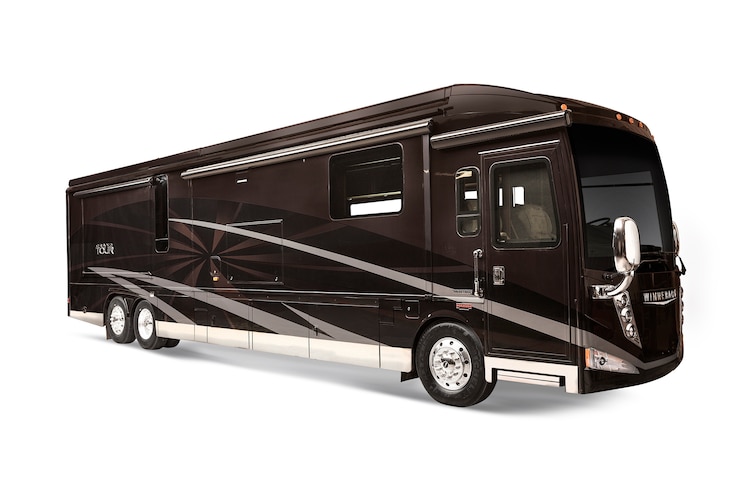 View Photo Gallery | 4 Photos
Photo 3/4   |   GT Ext34 SolarWinds 16
By the late ’60s, the highway network was well established, gas was cheap, incomes were on the rise, and the nation was a road tripper’s paradise. All these factors helped Winnebago catch on big time. It has since taken the ultimate trip deep into modern culture by becoming a generic term. Even other brands of motorhome end up being called a Winnebago. And it’s now a staple of film and television.
The actual meaning of Winnebago is “people of the dirty water.” That might sound like a joke because of the camping aspect, but it’s actually the name of a Native American tribe who lived around Wisconsin’s Fox River, known for being muddy (the river, not the people). Some Winnebago model names are also influenced by Native American culture, such as the Brave and the Warrior.
Like most businesses, there have been peaks and troughs along the way. When Winnebago Industries went public in 1970, its stock price leapt by 462 percent. Hanson retired in 1972, and the company took a downward turn, especially when the fuel crisis hit. He came out of retirement in 1979 to return the operation to profitability, though forced to make staff cuts in the process.

View Photo Gallery | 4 Photos
Photo 4/4   |   BR Campfire2 Couple Smiling Ls15
Another crisis came toward the end of the ’80s. Although Hanson wasn’t handling the day-to-day running by then, he still dismissed four chief executives over the space of two years and remained actively involved until his death in 1996, aged 88.
Hanson had made a fortune, but as well as providing employment, he also helped the local community through the Hanson Foundation and the Winnebago Industries Foundation. During the troubled times, he also had a way of energizing his workforce by quoting his own little amendment to the Constitution: “You can’t take sex, booze, or weekends away from the American people.”