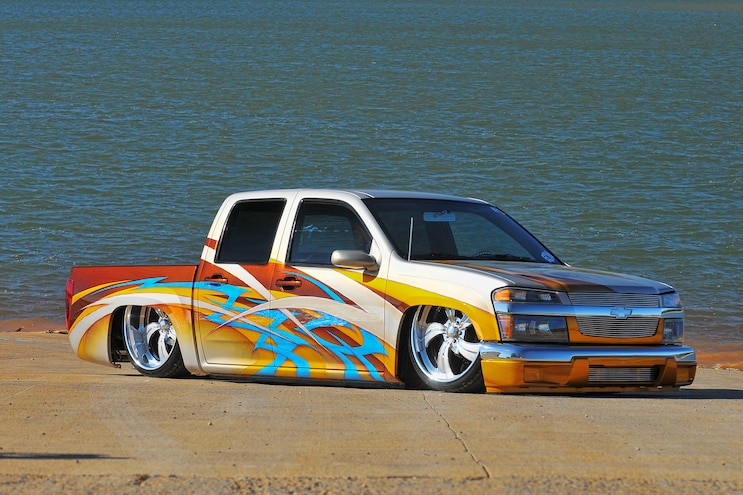 It’s not how long the road is, but what you learn on the path. For 35-year-old Cliff Somers of Delmar, Delaware, his path took many turns before he arrived where he is now. During high school he purchased his first truck, he lowered it, and started going to shows. After a while, he learned about adjustable suspension and began making his truck elevate to the next level. After his needs grew larger, he began looking for something with four doors for his family. He linked up with Eric from Little Shop and bought his Chevy Blazer. For about two years, he worked on it but problems kept popping up and the work it needed seemed endless.
Looking through truck ads, Somers found a partially finished 2004 Chevy Colorado in Ohio. After an inspection trip, he purchased it immediately. Because of his past experiences, though, he started carefully to make sure there were no snags. Little Shop handled the suspension and body work. He added a stock floor body drop, along with a smoothed-out body with shaved handles. Once the truck arrived at Somers’s home, he began seeking the perfect paint to add. 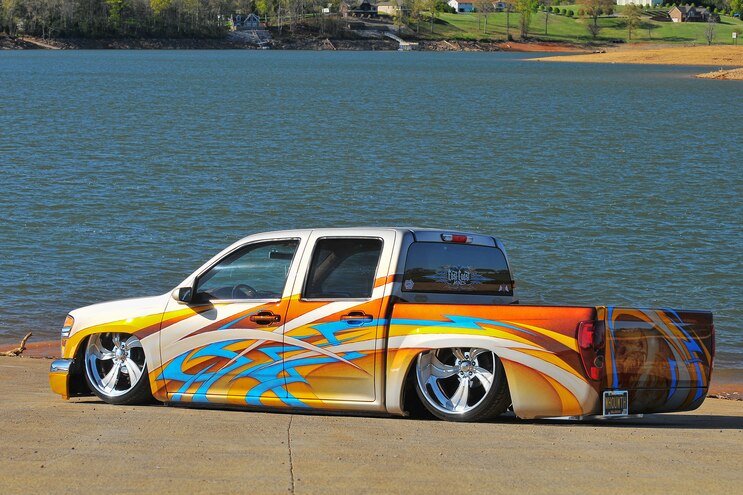 View Photo Gallery | 15 Photos
Photo 2/15   |   03 2004 Chevrolet Colorado Venomous
For the past 10 years, his friend Charlie Hutchison has been winning best paint awards. So Somers contacted his painter, Kenny Dean from Virginia, to paint his Colorado. Given free range on a new canvas, Dean laid down a mixture of almost every paint in his arsenal to set this Chevy above the rest. The next step was to update the cabin. Somers enlisted Matt Reynolds of Charm City Upholstery in Baltimore for a complete transformation to really bring out the bright exterior.
Somers wishes to thank everyone who helped make Venomous what it is today, starting with Scott Lang, Eric Saliba, Jeff Wootten, John Hopkins, Kenny Dean, Matt Reynolds, and Lori, Paris, and London Somers. When he first made the trip to pick up the truck, his friend and club member Chris Gibson had been hospitalized and was unable to make it. Once the truck was home, Somers took Gibson for a ride around the neighborhood. Sadly, Gibson passed away from cancer shortly after, and Somers wishes to dedicate the story of Venomous to him. 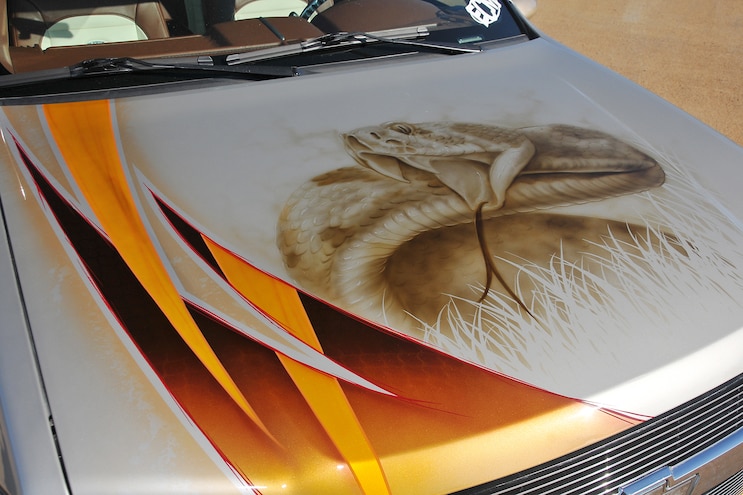