From Straight Stock to Straight Beast 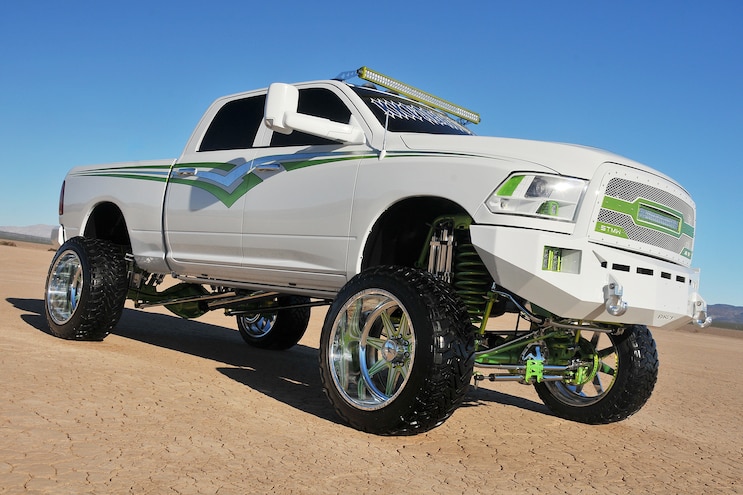 When 22-year-old Joey Rodriguez went to the new car dealership, he had only one vehicle in mind. As a child, he had watched closely as his father, a diesel racer, worked on Dodge trucks. “I remember being about 12 years old and seeing what I thought was a monster truck.” Joey tells Truckin. That truck was a lifted Dodge diesel truck and given the reputation and durability of the Dodge, Rodriguez knew the only direction to go was a Dodge diesel.
Rodriguez began his search and found a stock 2012 Ram. He was unsure whether to turn his new truck into a racer, like his father’s ride, or a lifted custom truck. Lifted truck won, and he sent his new truck to Kent at Krazy Kustomz. A month later, he got the Dodge back with a towering 10-inch lift from stock. 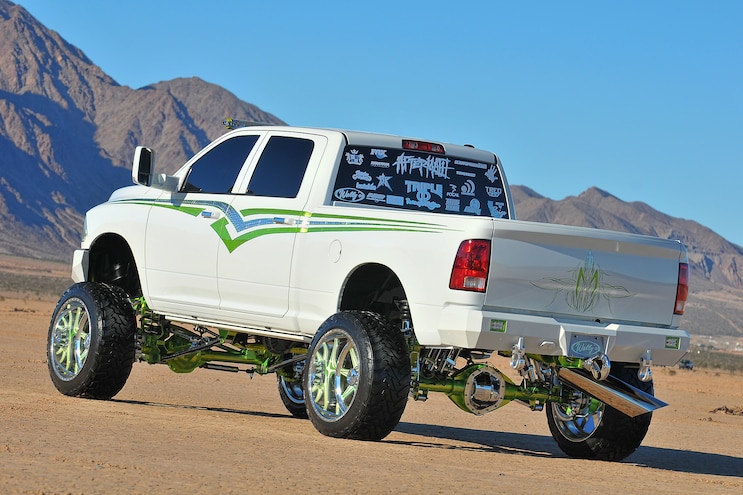 View Photo Gallery | 20 Photos
Photo 2/20   |   05 2012 Ram 2500 Beast Mode
He saved enough money to get the frame and undercarriage powdercoated and chromed to show off the new suspension. The next step was easy. Rodriguez improved the giddy-up under the hood. He worked diligently in his backyard, adding part after part and increasing the already tough diesel motor to more than 1,000 horsepower.
For the outside, Rodriguez enlisted Wally at Wally’s Collision Center to spray a solid white coat over the new Dodge, and his friend Bubba came in and laid down the silver leafing and graphics flowing over the sleek body. Music was next. Biggie from Beats by Bigs added a custom stereo system that his neighbors can now complain about. To make sure the cabin was completed comfortably and correctly, Rodriguez took the reins by removing the back window to ensure the suede headliner could be installed perfectly. The stock seats were removed and wrapped in the unique style of Katzkin leather. Wally made sure all the plastic pieces were also color matched to the exterior. 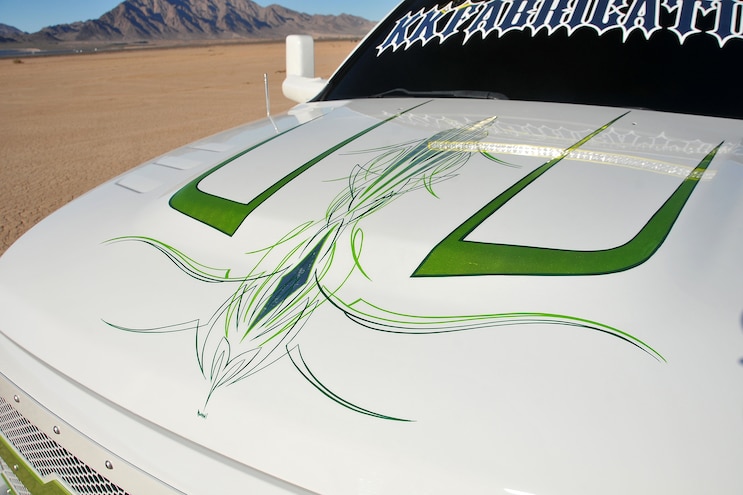