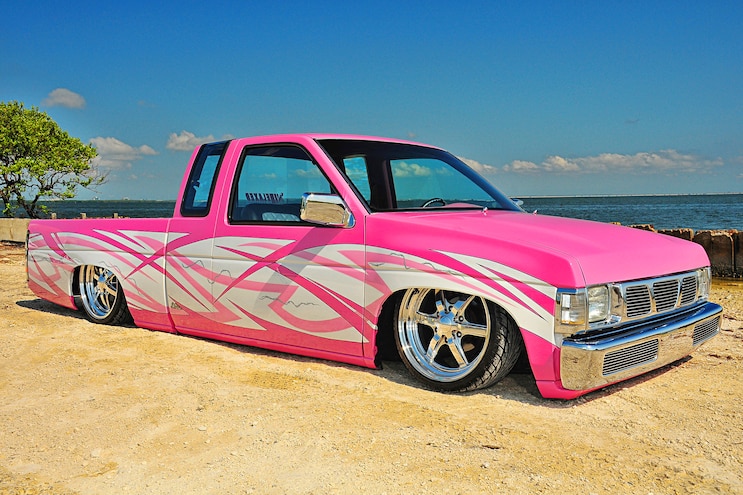 They say the greatest relationships begin with mutual bonds or interests. However, in the case of Tampa, Florida, resident Yolanda Ferraro once knew nothing about what is now her greatest passion. Eighteen years ago, Yolanda was introduced to Vince Ferraro and immediately fell in love with him. Vince was pretty well known in their area for building trucks. The two became inseparable, and Yolanda started going to all the truck events and learning about the culture. Of course, she eventually had to have her own truck.
Vince had already built himself a custom Nissan and thought it would be unique to have a his-and-hers Nissans. He located a partially built 1997 Nissan Hardbody. The truck wasn’t as clean and nice as Yolanda wanted, but it had the perfect shell to build upon. Vince took the Nissan by the reins. He redid the entire suspension and added an all-new ’bag suspension in his home shop. Vince began the bodywork, making sure all the bodylines were straight. 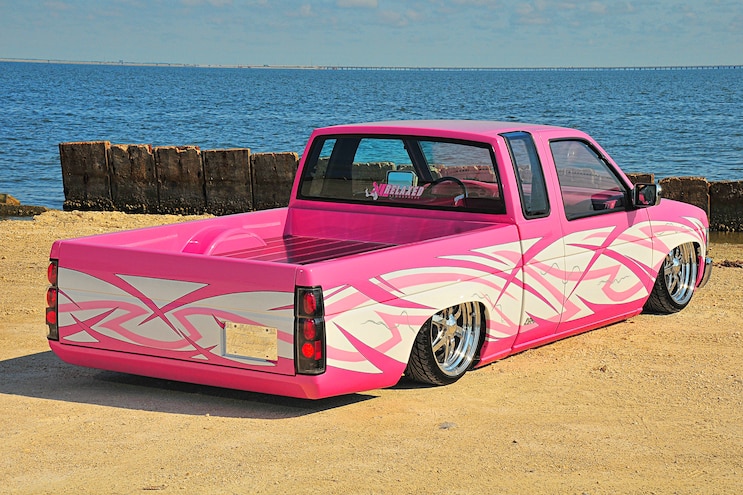 View Photo Gallery | 14 Photos
Photo 2/14   |   1997 Nissan Hardbody Rear Right
The next step was upgrading the engine. Vince chose the motor from a Nissan 240sx because of the increased torque. While the truck was getting the engine makeover, Vince decided to add a traditional bodydrop to the Nissan to lay out her new beauty. The cabin was next to get a makeover, as Vince updated the entire interior. Vince’s good friend Dale Meek lent a hand with the upholstery, and then the stereo system was installed.
Yolanda had complete control during the build, deciding each and every color to be added to the Hardbody, as well as the styles and material of the seats. As members of Relaxed Atmosphere, they have to maintain a level of superior build quality. Vince had the truck finished and completed in time for their 10th anniversary. Affectionately titled “Mary Jane,” the love interest in the Spiderman comics, Yolanda also gets her strength and passion through her loving husband Vince. “At its very first show, Mary Jane won the award for best paint,” Vince tells Truckin. “It’s not an easy task for a debut truck to win.” 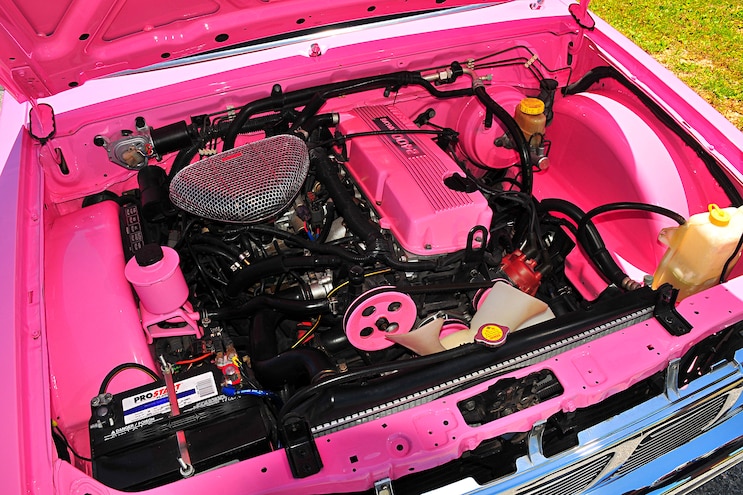