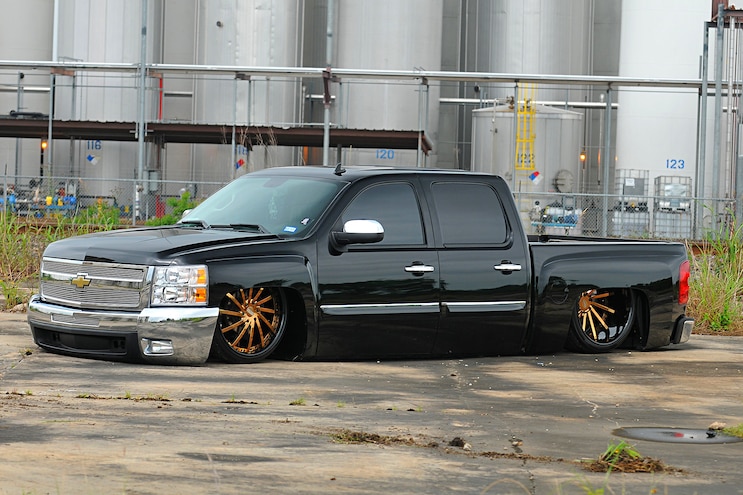 When you grow up as the youngest of three boys, you tend to get a lot of hand-me-downs or scraps. For Leroy Davila of Humble, Texas, he was always last to the party. His older brothers picked up the truck culture first, leaving Davila wanting to join. He watched both brothers buy trucks and build them right in front of him. When it was Davila’s turn, now 25 years old, he decided to follow in their footsteps. He purchased a 2012 Chevy Silverado Texas Edition straight from the Chevy dealership and immediately started putting his unique stamp on it.
Learning from the experience of his older brothers, Davila cut straight to the chase and contacted ChassisFab, which took in the fresh new Chevy and gave it a 5-inch front and 7-inch rear body drop, customizing the bed with all new sheet metal. Davila would visit the truck as it was being worked on like an anxious father in the waiting room. Once the suspension was complete, he was able to show the Chevy to his brothers with the same pride. 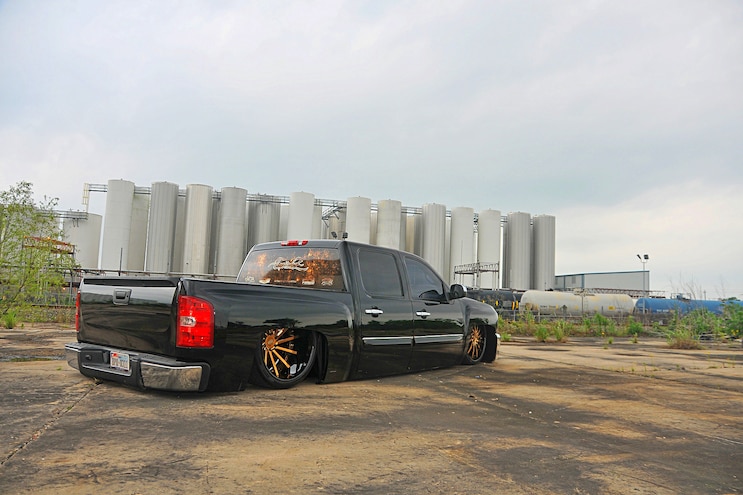