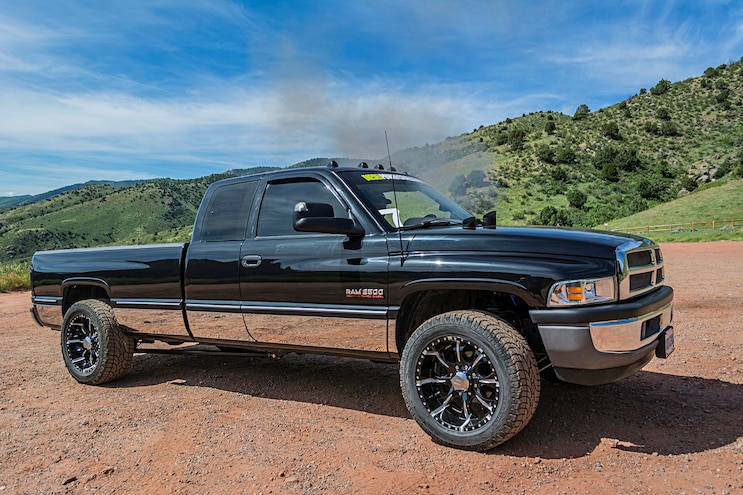 As the owner of Nobles Performance Diesel in De Graff, Ohio, Cirius Noble knows diesel engines and trucks. So when a customer decided to sell his ’97 Dodge Ram 2500 with a blown head gasket, Cirius jumped at the chance to purchase the truck, because he knew the potential the rig had.
The truck’s engine already had a few good parts installed, but it wouldn’t perform at the level Cirius wanted. So the 5.9L 12-valve Cummins engine with a small compound-turbocharger setup was removed and a new 24-valve powerplant (with the same displacement) was built. The block is loaded with Carrillo rods and Wiseco pistons to help the new engine stand up to the rigors of competition, and an Industrial Injection Gorilla Girdle is in place to support the bearing caps. To ensure the cylinders are solidly sealed, the head and block are fire-ringed. A Hamilton Cams camshaft guarantees the valves open and close on time. 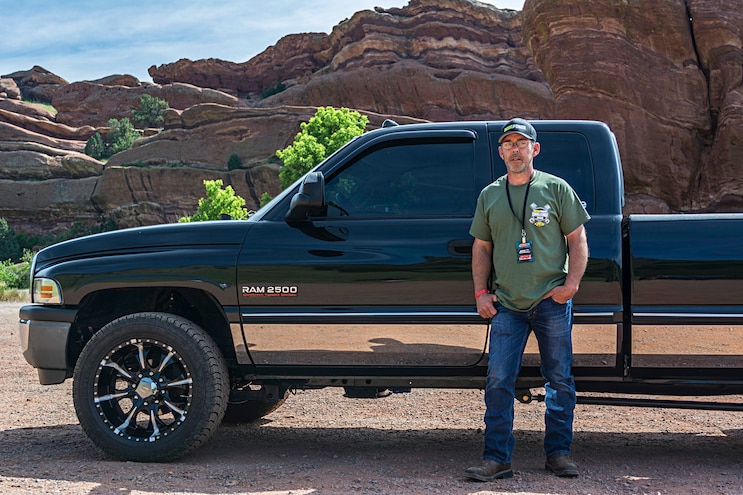 View Photo Gallery | 12 Photos
Photo 2/12   |   004 Cirius Noble 1997 Dodge Ram 2500
Since greater performance typically goes hand in hand with a need for more fuel, a set of Columbus Diesel Supply’s dual top-feed John Deere injectors is in position, and supplying the squirters is a Noble Performance Diesel 13mm P7100 pump. The large quantity of fuel is provided by a Waterman Racing lift pump.
Even though this is the oldest Dodge Ram in the competition, there is nothing holding it back from being a strong competitor. “My family and I run the shop and love participating and going to diesel events all over the U.S.,” Cirius says. With his family as the pit crew and diesels being a family affair for the Nobles, anything can happen. 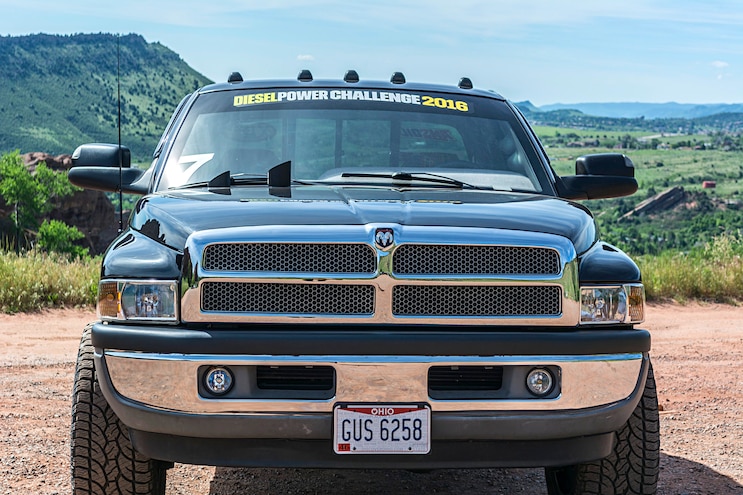 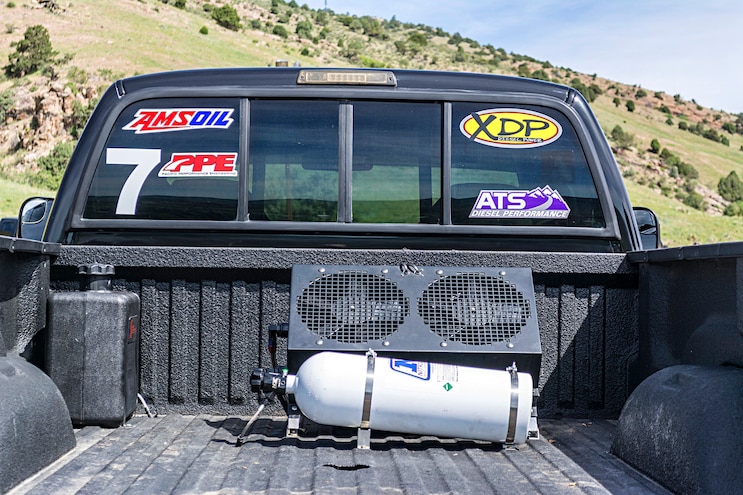 View Photo Gallery | 12 Photos
Photo 4/12   |   017 Cirius Noble 1997 Dodge Ram 2500
The transmission cooler uses a dual-fan setup to ensure the fluid remains at proper operating temperature at all times. Water-methanol and nitrous oxide are used for making peak horsepower. Tanks for both injectables are mounted in the bed 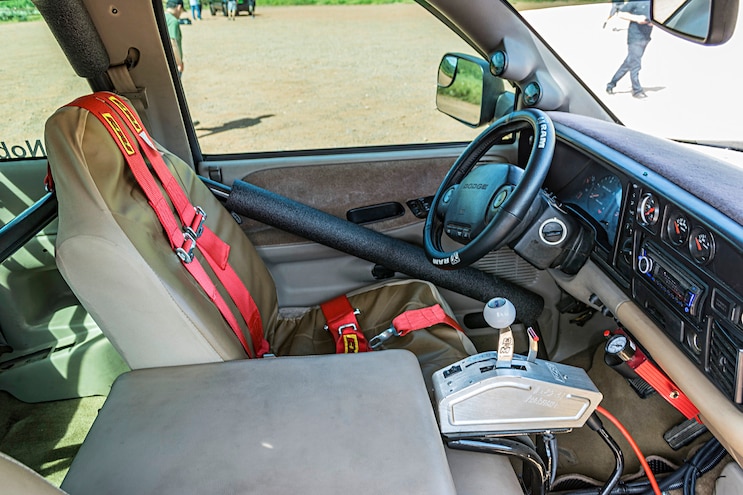 View Photo Gallery | 12 Photos
Photo 5/12   |   015 Cirius Noble 1997 Dodge Ram 2500
To keep things simple, the factory interior is retained with a few additions. For safety, a roll bar (with side impact bars) and a five-point harness are in place. Gauges on the A-pillar are in easy sight to monitor the engine’s vitals. The B&M Racing and Performance shifter guarantees accurate shifts under pressure. 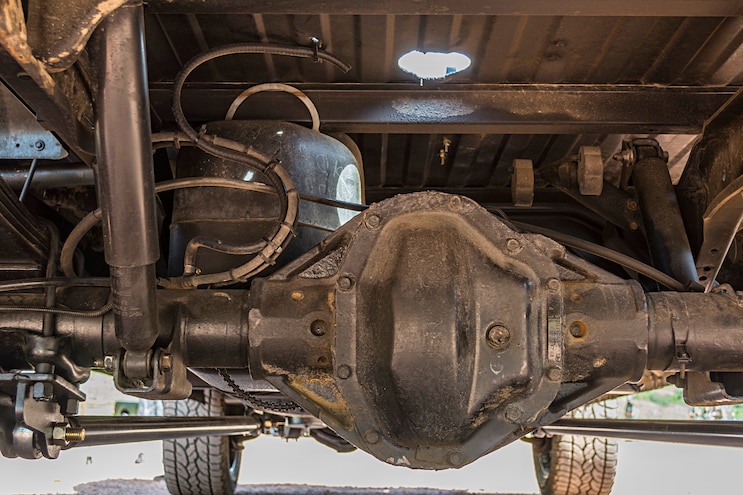 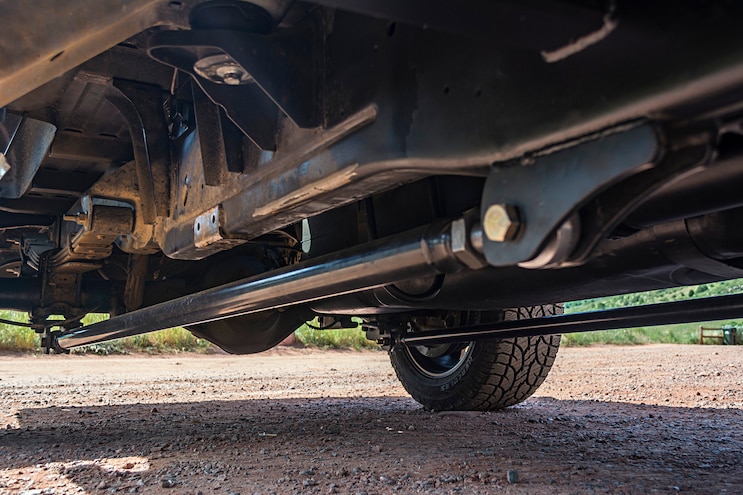 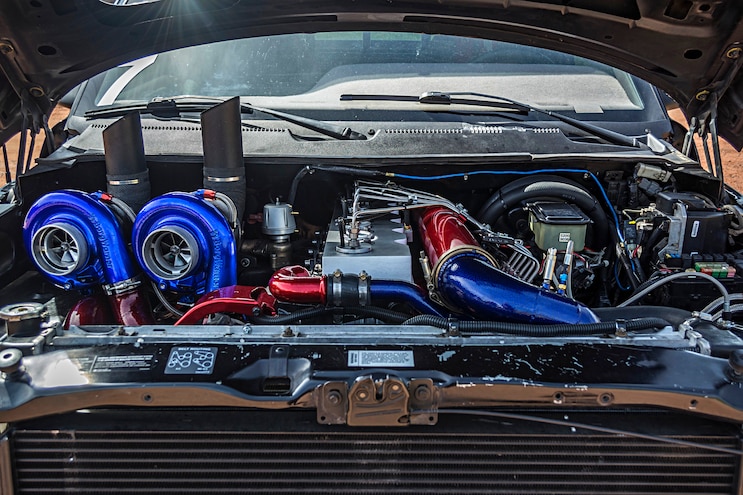