It’s a historical year for Diesel Power Challenge, because 2016 marks only the second time an alternate has been chosen for competition (the first was in 2015). But following reader-favorite Justin McNichols’ catastrophic truck fire, competition will be rounded out with Ryan Noble and his ’01 GMC Sierra 2500HD.
Now, let the record show, we’re very sad we won’t get to see Justin’s beautiful ’05 Silverado 3500HD in this competition (and sadder still at the truck-destroying reason behind his departure). We wish Justin the best of luck in getting a truck back into the DPC hunt soon, but until then, let’s investigate challenger Ryan’s awesome rig. 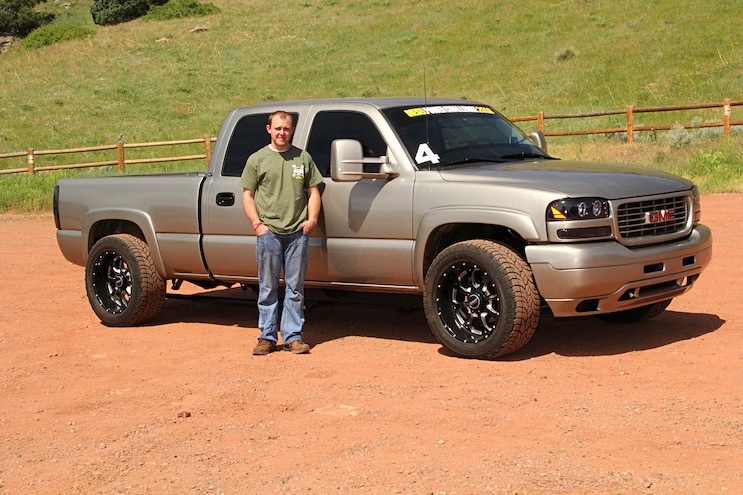 View Photo Gallery | 19 Photos
Photo 2/19   |   Ryan (and his father/competition Ci) made the trip from DeGraff, Ohio, to Diesel Power Challenge. 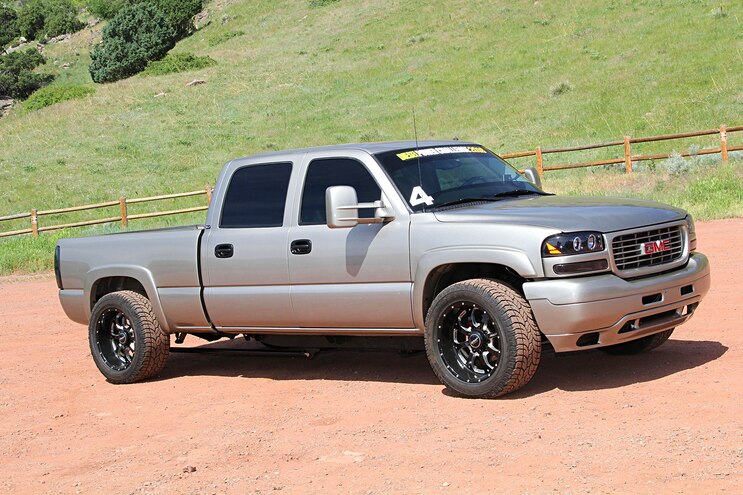 View Photo Gallery | 19 Photos
Photo 3/19   |   Ryan Noble’s lean-and-mean ’01 GMC Sierra 2500HD is one of the cleanest looking trucks we’ve ever featured. The old GMC’s styling has aged handsomely, thanks in part to its monochromatic color scheme and modern lighting elements. 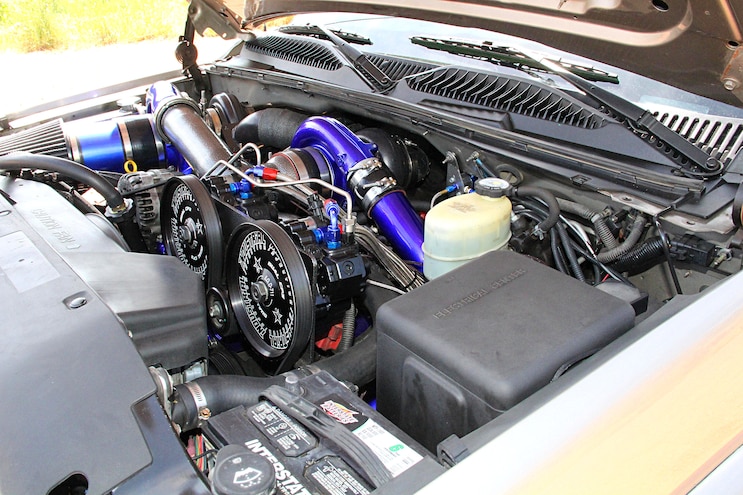 View Photo Gallery | 19 Photos
Photo 4/19   |   Purple underhood accents stand out from the truck’s understated tan bodywork. Visible in this image are the custom BorgWarner compound turbochargers and fuel system highlighted by three CP3 injection pumps.
First off, this machine is very capable. “Once introduced to diesel, I very quickly began to be addicted and love working on anything diesel,” Ryan says, and his passion shows. Built by the family business, his truck features a tough 6.6L Duramax LB7 engine, fed by two BorgWarner turbochargers and three LBZ-sourced CP3 injection pumps. With air and fuel taken care of, the overbuilt Duramax should have no trouble putting down impressive numbers. View Photo Gallery | 19 Photos
Photo 5/19   |   Ryan got his start working on gas engines, but he quickly switched to diesel once he realized the kind of power and torque a modern oil-burner can produce. 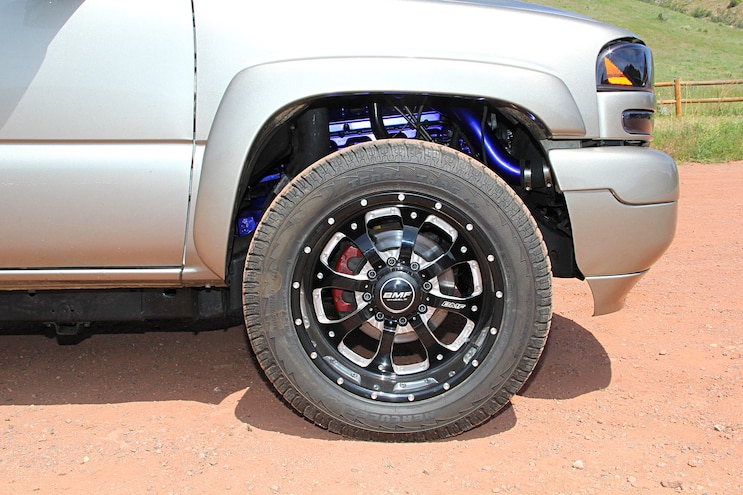 View Photo Gallery | 19 Photos
Photo 6/19   |   BMF wheels and Hercules tires dispatch the engine’s power to the ground, and the red-accented brake calipers add a subtle spice to the rolling stock.
Additionally, the ’01 Sierra’s exterior looks the part of a well-designed diesel pickup. A monochrome front bumper and grille combine with body-color tow mirrors and a rear roll pan for a clean appearance, while dark-tinted headlamps and techo-sleek LED taillights bring a contemporary look to the 15-year-old truck. The interior is similarly clean thanks to factory-leather seating, although the driver is treated to a competition-spec harness and custom rollcage.
Adding an element of familial drama, Ryan will be in direct competition with his father, Ci Noble, whose race-ready Dodge Ram will be a formidable opponent. Does Ryan have what it takes to beat out Pops and the rest of the Diesel Power Challenge field? Or will Ci pull rank and bowl over his son at every opportunity? 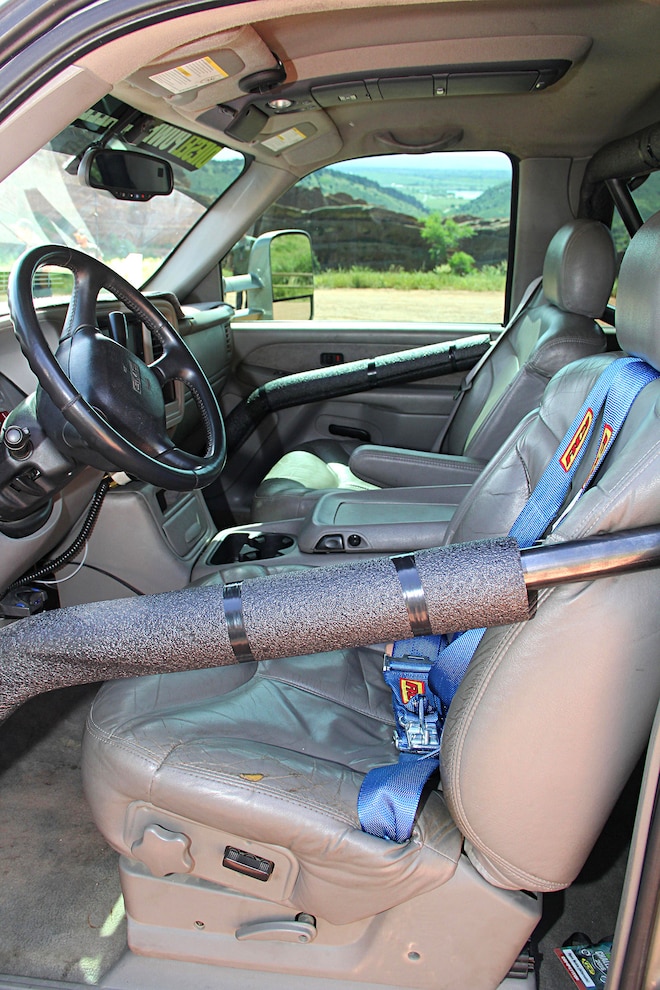 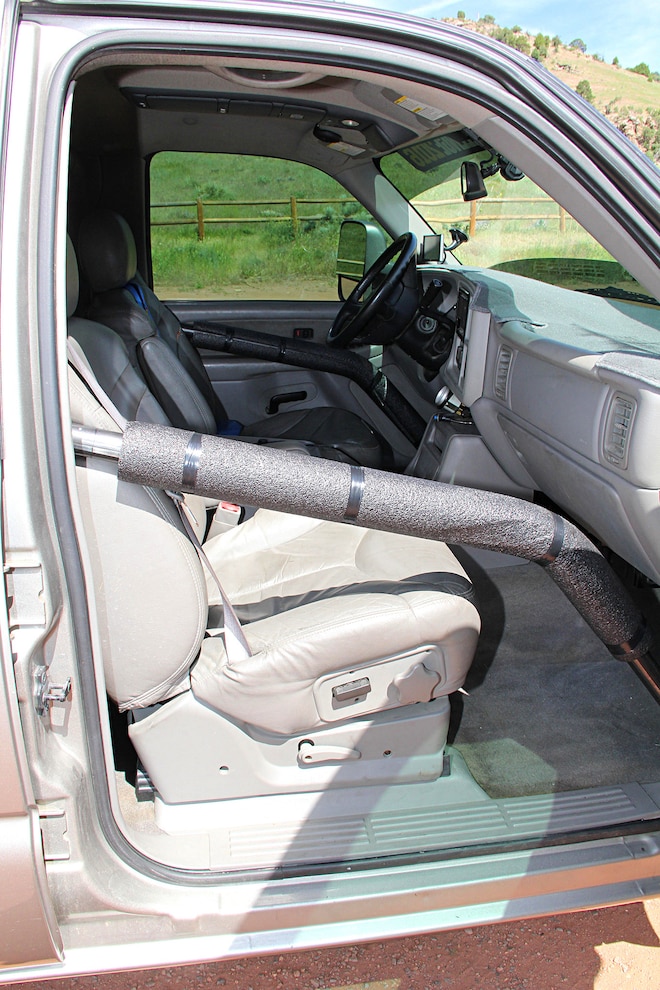 View Photo Gallery | 19 Photos
Photo 8/19   |   Still, the cabin looks like a very nice place to spend some highway time, which is a blessing given the drive the Nobles took to get to Denver. 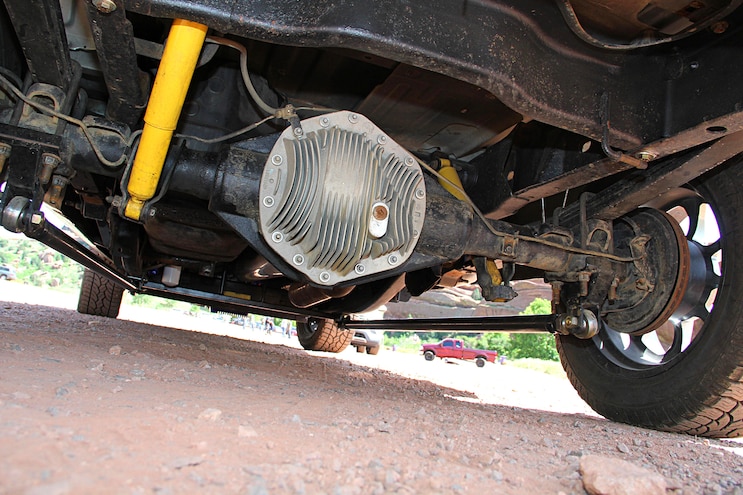 View Photo Gallery | 19 Photos
Photo 9/19   |   Traction bars are about the only modification made to the rear suspension, which is a testament to the stoutness of the GMT800 fullsize frame. 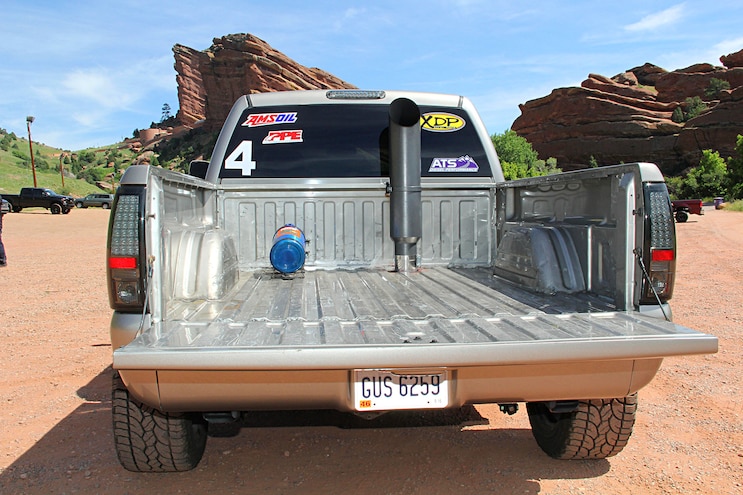